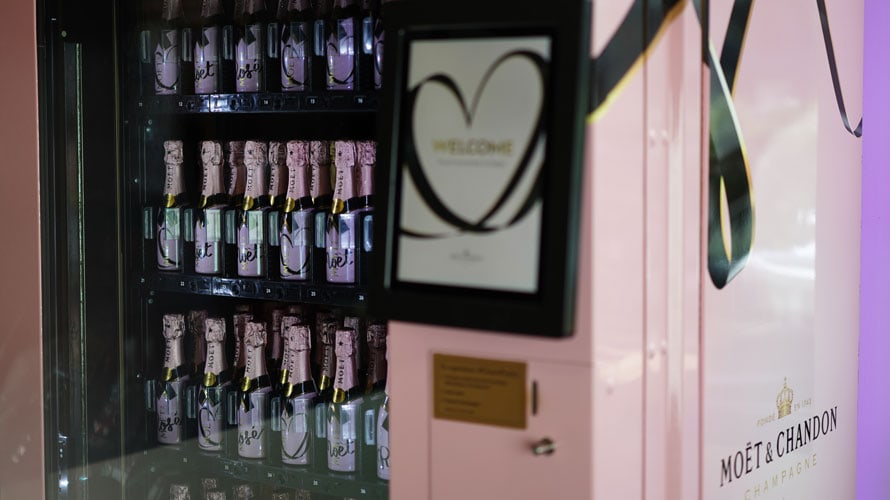 Moët's Mini Vending Machine not only sells champagne, it shoots video of you buying it. - Credit by All photos courtesy of Moët & Chandon

Nearly 60 years ago, Londoners were agog at a prototype on display at the Second Automatic Vending Machine Exhibition. It was called the Evva Whisky Vending Machine and, as the name suggested, it used technology to replace the bartender. Drop a few coins in the slot, make your selection (whiskey and soda, or just whiskey straight up) and—voila!—your cocktail, sir.

The 1960s were a time when advances in technology often exceeded practicality (jet packs were cool, but we never wound up flying around in them.) The Evva machine was a fun gimmick, but people kept buying their drinks at the bar in the decades that followed, and various legal and logistical hurdles have kept the boozy contraptions from taking over in the decades since. Still, the idea of using vending machines to boost incremental alcohol sales has remained a wish-list item for the spirits business, though few have taken them past concept stage.

But earlier this week, venerable French winery Moët & Chandon debuted a vending machine that not only dispenses bonafide bottles of bubbly, it turns the transaction into a digitally shareable experience. The Moët Mini Vending Machine essentially doubles as a photo booth, harnessing the novelty of the moment to create Instagram-ready video content and, in the words of Moët USA vp Renaud Butel, “opens the brand up to consumption beyond just celebratory moments.” 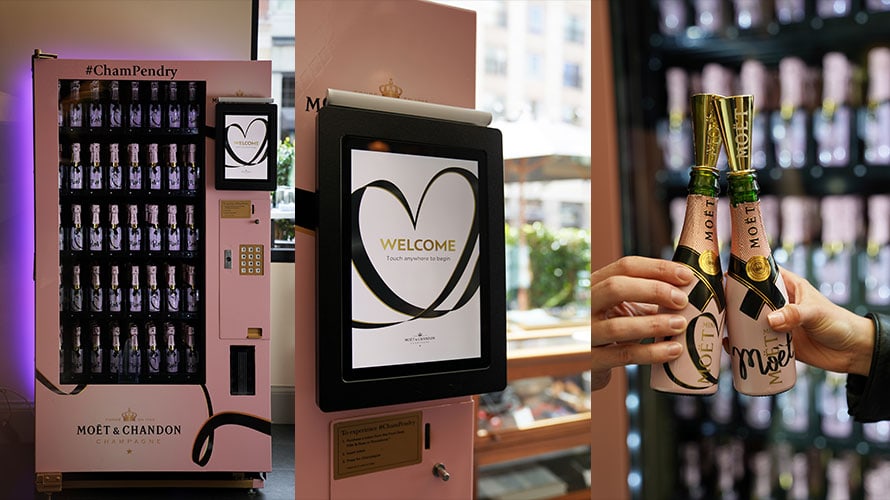 Moët’s machine isn’t technically new. The famous French vintner launched its first prototype in 2016 and has since installed it in various luxe restaurants and hotels across the country. But the video-enabled model—a kind of champagne vending machine 2.0, if you will—just debuted this week at The Pendry in San Diego’s Gaslamp Quarter.

The suitably pale-pink appliance works like this: To purchase a single-serve bottle of champagne, the customer first procures a token from the hotel’s front desk—which pretty much eliminates the risk that some 14-year-old kid will be able to score alcohol. The token dropped into the slot not only dispenses the six-ounce bottle, but also wakes up a video touchscreen attached to the machine at eye level. The buyer then selects from three different frames, each featuring AR animations that they can then “interact” with. Facial recognition technology incorporates the person’s movement with the objects (bubbles, rose petals and so on) to create a five-second video. Once the shoot is over, the customer can then send the video (which is optimized for Instagram) to themselves or share it with friends.

A notable feature of the technology is that, since all the functionality rests with the tablet screen, users don’t have to download an app to create or share the video. 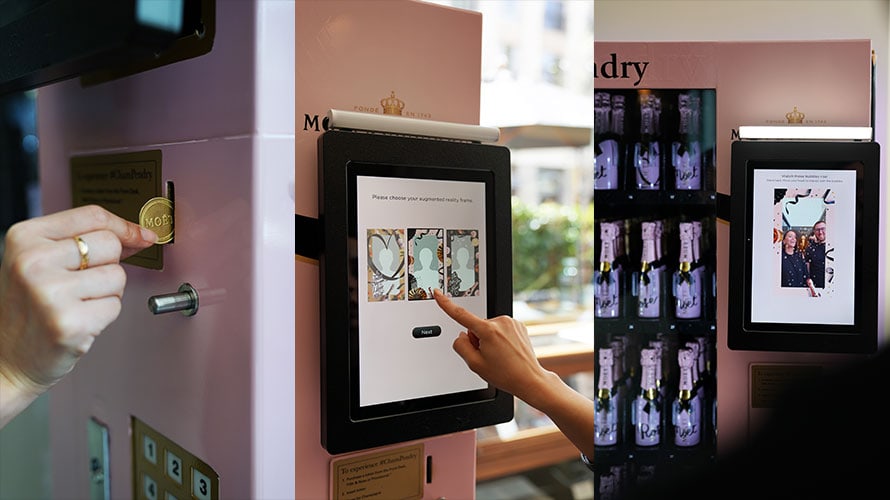 As one might expect, the vending machine—and its AR video element especially—is aimed at millennials. While mom and dad might wait until New Year’s to pop the Moët, the idea here is to make champagne more accessible and, of course, Instagrammable.

“We enjoy the nostalgic quality the vending machine inspires for the millennial generation, as it offers a new, fun way to order Moët & Chandon champagne,” Butel said. “Now with the AR component specifically designed for Moët & Chandon, the machine also serves as another way to engage a younger consumer through the photo booth.”

It’s unlikely that Moët’s vending machines will move a major volume of champagne, at least for the time being. One L.A. supper club reported last year that its Moët Mini Vending Machine moved 100-150 small bottles of brut a week—not bad, certainly, but soda vending machines can easily do three times that number.

But Moët’s machines might well perform a more important task by inserting the brand’s name into the awareness of younger consumers. The novelty factor of buying bubbly through a huge pink contraption is memorable in itself, and the AR video element multiplies that novelty for an audience on social media. The machine, Butel ventured, “speaks to the way brands reach their consumers in culturally-relevant ways. Especially today as consumers are inclined to instant gratification, as well as a social moment, the Moët vending machine is a perfect point of sale.”

The adventurous drinker can find other boozy vending machines out there. Last year, London’s Napoleon Hotel took the wraps off a machine that sells whiskey (in drink pouches, no less.) Budweiser has been trying out a portable vending machine called BeerBox that not only accepts your money in exchange for a cold brew, but even opens the can for you. But mechanized alcohol vending has multiple hurdles to clear before it has much hope of changing the way we imbibe, among them foolproof technology that can check IDs and opposition from bartenders who don’t much like their livelihoods threatened by robots.

For now, though, Butel is pleased that the AR-equipped machine is up and running, not least because it helps add a contemporary sheen to a brand that is 276 years old. “Our goal is to cater to our audience’s appetite for innovation and personalized experiences,” he said, “and the web AR component of this [machine] allows us to do just that.” 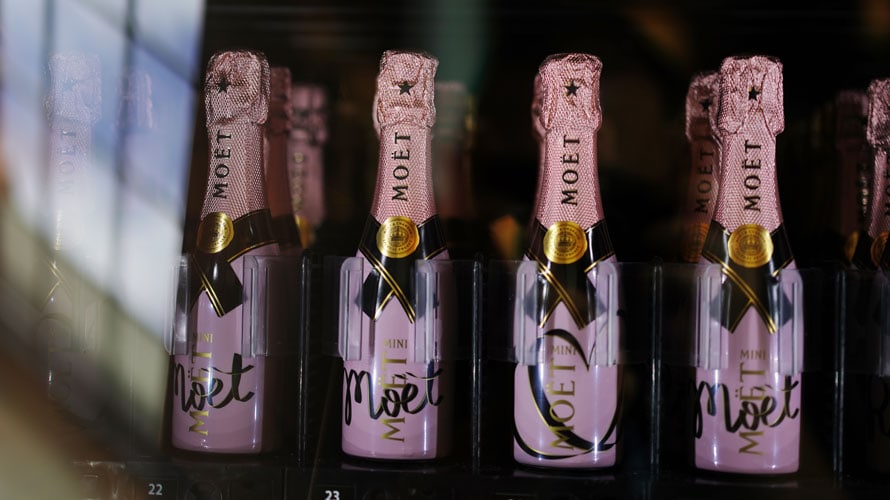