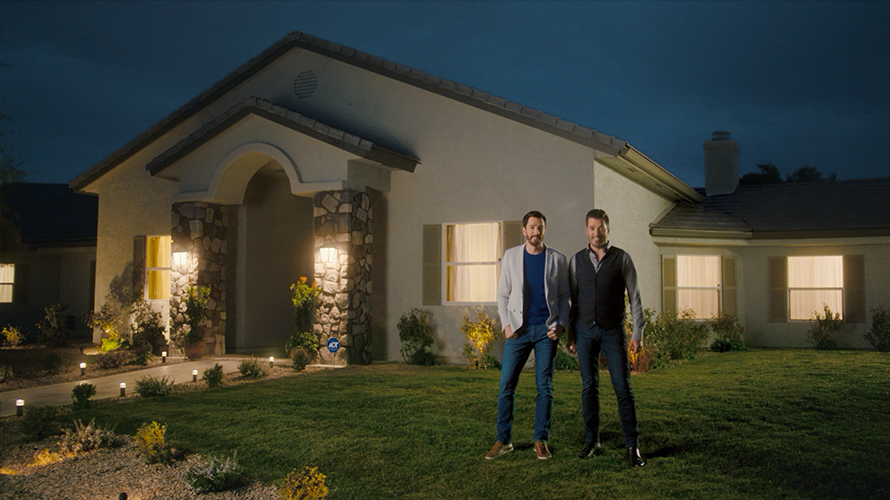 ADT ran its first-ever Super Bowl ad on Sunday with a turn from Jonathan and Drew Scott, hosts of HGTV’s Property Brothers.

The 30-second ad, produced by creative agency Bear in the Hall, features the twin brothers talking through ADT’s various tech features in a voice-over before appearing on-screen toward the end. The ad’s upbeat tone is part of a shift away from the FUD-based (fear, uncertainty and doubt) approach that has characterized the company’s marketing for the past few decades, according to ADT CMO Jochen Koedijk.

“We feel that old school FUD advertising does not convey the multitude of values we have to offer to our customers,” Koedijk said in an email. “The spot with the Scott Brothers is the start of a strategic approach to engage with customers and highlight our leadership and unwavering commitment to our mission.”

The ad was announced at the last minute over the weekend and aired just before the start of the third quarter.

ADT previously tried to tap into another cultural moment through a branded partnership with The Incredibles 2 last year, which imagined why a family of superheroes might need a security system.

The company isn’t the only home security brand making a Super Bowl debut this year. SimpliSafe ran its own ad in the first quarter that took a decidedly FUD-based tack.