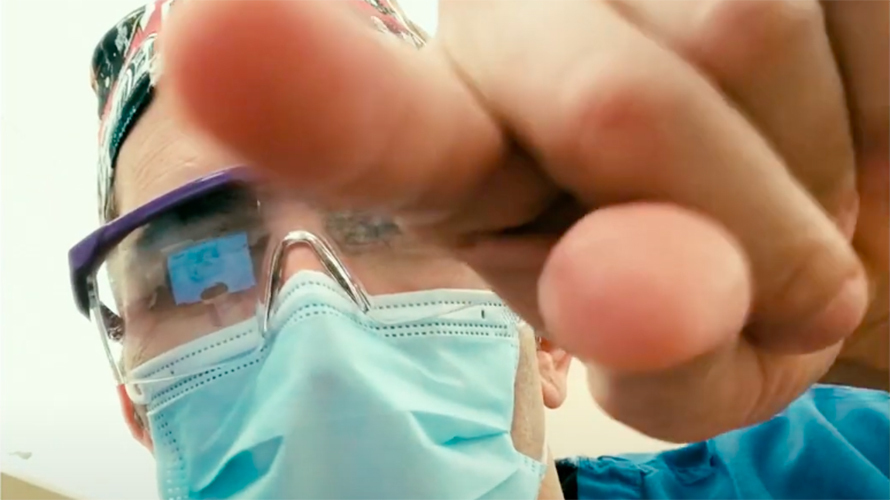 The PSA features a range of professionals affected by Covid-19, all of whom are friends of the spot's creators. - Credit by Ad Council

One thing the coronavirus crisis has taught us is that people, for the most part, want to band together and help each other. And even as lockdown has pulled millions of people apart, it has brought communities together—albeit virtually.

One group of ad agency creatives wanted to help play their small part by working together, pro bono, to create a Covid-19 PSA for the Ad Council, urging Americans to continue staying home. The resulting spot urges the public to stay focused on slowing the spread of the virus.

The concept was created by professionals from agencies including Lost Planet, Company 3, Found Objects, Wave Studios and Quinlan FX. It was initially dreamed up by creative/producer Liliana Vega and freelance creative Emmie Nostitz, who took the idea to the Ad Council.

The PSA is a part of the Ad Council’s broader nationwide campaign “#StayHome. Save Lives” and will be made available for use in donated media online.

The PSA features narration from a range of people, including a doctor, nurse, small business owner, restaurant owner and a parent–all of whom are friends of those who made the spot and urge people to do their part by staying home. It also includes footage from social media.

The spot ends with the text: “It’s been a long few weeks. We can’t stop now.”