Adweek’s Arc Awards: These 22 Campaigns Raised the Bar for Brand Storytelling Excellence in 2018 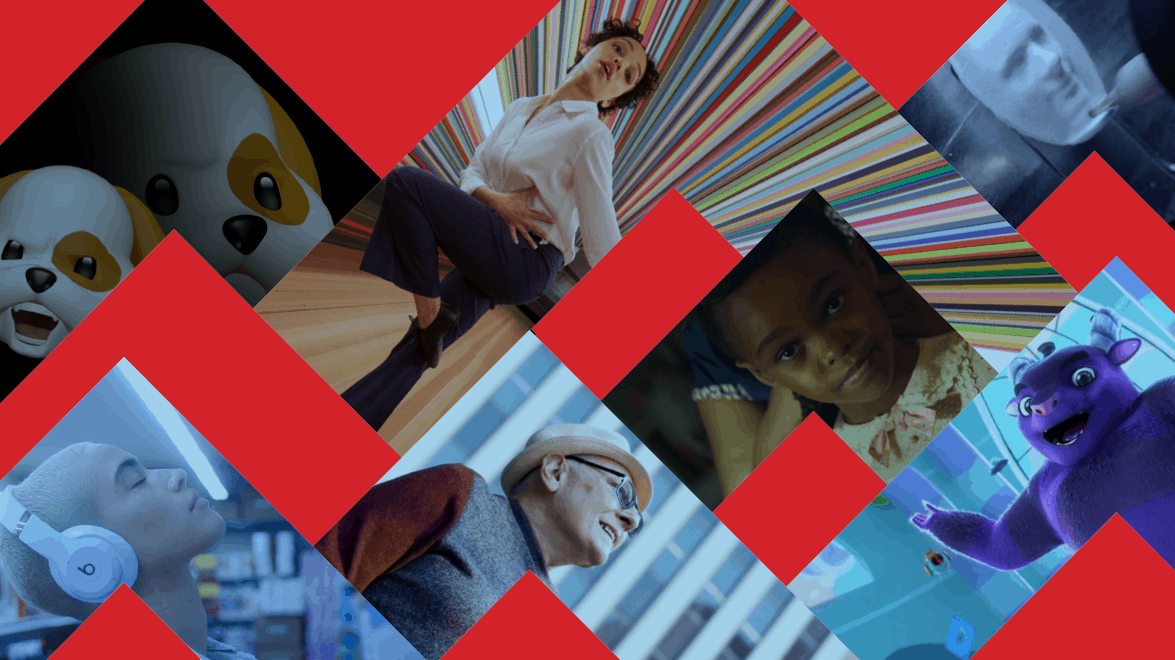 In advance of our inaugural Brand Challenge conference last month, we also launched the Adweek Intelligence Report, a new survey product we are rolling out this year in advance of our key tentpoles to get a better sense of the priorities of the communities we serve with our content and events. The first survey of 200 marketing executives uncovered dozens of interesting insights into both established and challenger brands. 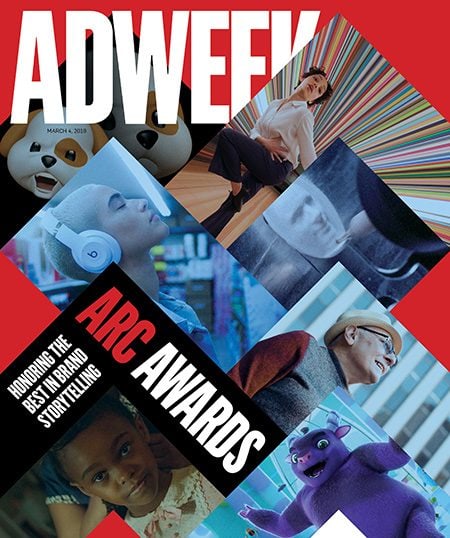 One of the clearest signals to ring through the report was that as consumers continue to have more control over their digital destiny in terms of content and advertising, narrative-based marketing—storytelling—will increasingly be the path for brands of all kinds to take if they want to achieve lasting consumer interest and loyalty. We first caught wind of this shift away from interruptive advertising almost four years ago and have followed the story with interest ever since. Last month’s survey confirmed we were right to take notice.

Now in its third year, Adweek’s Arc Awards once again brings you storytelling gems for clients ranging from the U.S. Navy to Skittles. While the arc of these campaigns spans emotion, humor, compassion, politics and societal pain points and woes, they all engage with a powerful narrative rather than a cold interruption.

In a significant shift this year, we are publishing Adweek Arc Awards in concert with SXSW and will host a celebration of the winners on Saturday, March 9, in Austin. Our sponsor Screenvision Media will return as well and help us reveal our Grand Arc Award winner. I’d like to thank our panel of 24 jurors, especially jury chairperson Shannon Pruitt, CMO of The Honest Company, for taking time out of their jammed schedules to thoughtfully vet the 253 submissions.

These campaigns and activations represent the future of marketing, and we’ll continue to tell the story of the stories as they unfold. —James Cooper

Client: Nashville Convention & Visitors Corp.
Campaign: “It All Begins With a Song”
Award: Best Use of Long-Form Film

A documentary about Nashville songwriters and a hip-hop EP devoted to fast food have more in common than it would first appear.

Both VMLY&R projects intended to connect with consumers on a visceral level, looking more like brand anthems than traditional calls to action, which is key in getting traction with marketer-backed content in a binge-heavy, overstuffed media environment, says John Godsey, the agency’s chief creative officer.

“It has to be good enough that people seek it out. Otherwise, you’re wasting the money,” Godsey says. “It needs deep entertainment value. Watchable isn’t enough.”

Or listenable, as in the case of the five-track EP that turned the Wendy’s social voice into a recording star. For “webeefin?” the agency used the marketer’s rap battles with its competitors on Twitter as a springboard for a hip-hop release, featuring what Godsey called “sick beats” and legitimate (tongue-in-cheek, self-aware) lyrics.

Not an exercise or a stunt, the “webeefin?” tracks were “extremely competitive,” Godsey says, sprinkled with product messages and well-placed jabs at McDonald’s, Wingstop and other rivals.

The EP caught fire, instantly and organically, with 800 million earned impressions in 10 days, and listeners streamed 76 years’ worth of “webeefin?” across platforms.

“It All Begins With a Song,” for the Nashville Convention & Visitors Corp., generated a different kind of heat, Godsey says—“the emotional variety”—with interviews of dozens of diverse songwriters who toil in relative obscurity while churning out hits for world-famous artists like Aerosmith, Bon Jovi, Kiss, Little Big Town and Pink.

The feature-length doc uses the Southern city as a character without resorting to “an overt brand play,” Godsey says.

After its debut at the O2 Arena in London, the doc landed on the film-festival circuit (Tribeca may be next) and could soon air on premium cable or streaming services.

A reporter stands in front of a school rattling off the death toll from the latest mass shooting. But this crime isn’t unfolding on live TV—it just appears to be. The tragedy actually hasn’t happened yet, and it could be avoided if friends, family and community members take note of a bullied teenager with access to a handgun and retaliation on his mind.

The campaign, with $16.5 million in earned media coverage and 1 billion-plus impressions, landed more than 475 stories and reached 146 countries, helping raise $1 million for the nonprofit group and boosting its “Know the Signs” training sessions by 20 percent. 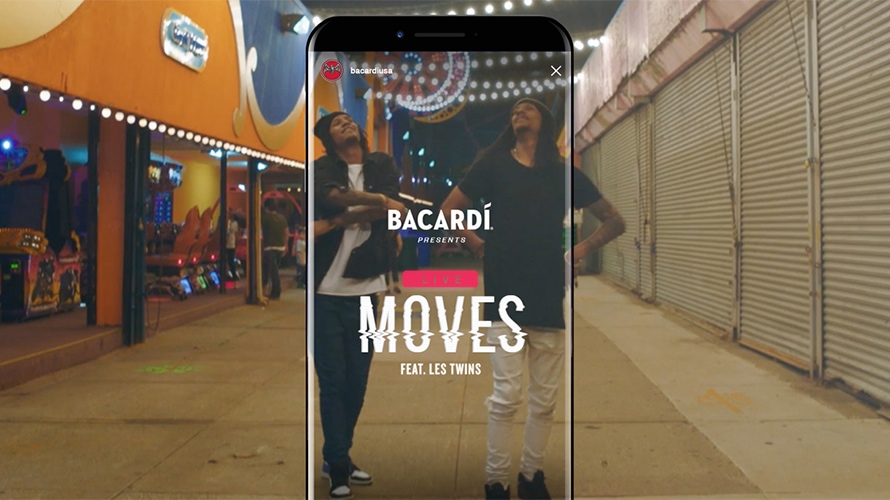 BBDO launched an industry-first program for Bacardi that invited Instagram users to direct a real-time music video through the polls feature for air on the nascent IGTV.

During a nine-hour window last summer, fans voted (7,200 of them per hour, on average) on locations, choreography, camera angles and more for “Live Moves,” which featured music from DJ A-Trak and dancers Les Twins hoofing around New York City. The mobile event and music video pulled in more than 1.1 million views in 24 hours, earning 31.5 million media impressions.

Advertising for Apple product the HomePod and the 3D animoji feature on the iPhone X could’ve explained bells and whistles like voice technology and facial recognition. But the brand took the show-don’t-tell route instead. “The elegant execution of a simple idea combined with the perfect music has long been the hallmark of iconic, culture-rippling Apple expressions,” says Brent Anderson, TBWA\Media Arts Lab’s chief creative officer.

In “Welcome Home,” which won multiple Cannes Lions, including a Grand Prix, Apple put the transformative power of music on display, with a touch of Alice in Wonderland, to hype its smart HomePod speaker. The result: an intricately choreographed, visually stunning ad from celebrated director Spike Jonze.

The agency took a relatable truth (dancing to a great song can cure all kinds of ills, from a brutal day to a cramped living space), and turned it into a music video that rocketed (with no paid media) to the top trending spot on YouTube and stayed there for two consecutive weeks. It became the platform’s most-watched piece of branded content in March 2018.

And for a dash of tech-enabled fun, Apple made karaoke stars out of animated characters like bears and robots for “Animoji.” Belting out popular tunes from Childish Gambino, Migos and others, the disembodied creatures snagged more than 40 million social views and generated upward of 300,000 hours of user-generated videos.

By touching a screen, a child with cancer can learn about blood transfusions, MRIs and chemotherapy through an animated digital series that translates complicated medical jargon into easy-to-grasp kid-speak.

But beyond simple education, the nonprofit Pediatric Brain Tumor Foundation and agency RPA wanted to create engaging pieces of entertainment with colorful characters that could play the role of surrogate buddies, available 24/7 to young patients.

The partners launched 22 short films and a free augmented reality app called “The Imaginary Friend Society,” noting that the 300,000 youngsters a year who are diagnosed with cancer have few relatable, kid-friendly resources to help them understand their disease and treatment. (Awareness campaigns have traditionally targeted adults.)

The concept “was born from real cancer survivors who told us they had imaginary friends who helped them cope with long hospital stays,” says Jason Sperling, RPA’s svp, chief, creative development. “In addition to arming kids with knowledge, we also wanted to provide some comfort.”

RPA tapped 22 animation studios from around the world to produce videos that address not only basic questions about surgery and tests but also emotional issues like fear and loneliness. An immersive AR experience puts the fictional characters, some based on children’s own artwork, into any physical environment so they can give real-time encouragement.

Hospitals across the country have adopted “Imaginary Friends,” now translated into more than a dozen languages, and 85 percent of families and medical professionals polled say the films help alleviate kids’ anxiety.

Hank and Dottie Viola are native New Yorkers whose trip to Miami Beach in the 1960s kicked off their marriage, still going strong after 57 years.

For its first branded content, called “The Honeymoon Sequel,” Trivago sent the Violas back to Florida, with stops at some of the same hot spots they’d enjoyed decades before. (Moment to melt even the iciest heart: the couple’s slow dance in the ballroom of the iconic Fontainebleau hotel.)

Atlantic Re:think’s goal with the five-minute film was to tell “a larger story about the cultural evolution of Miami and the impact travel has on love and life,” says Michael Monroe, the agency’s marketing vp, while nudging consumers to hit the road and use Trivago for accommodations.

Digital and social promotion turned the mini-doc into a hit: Page views on Facebook were 289 percent above and social actions were 483 percent ahead of the agency’s benchmarks, respectively.

Recruiting ads for the military have traditionally been one speed (warp) and one note (all adrenaline, all the time), unfolding like a video game or an action flick.

Production company Clickon Media and agency VMLY&R chose a different route, humanizing the Navy with “Faces of the Fleet” and targeting teenagers who don’t think they have anything in common with service members. (Only 12 percent believe they do, according to the agency.)

The video series tells intimate stories of a former troubled kid, a beauty pageant winner, a 30-something mother, a Cambodian refugee and other sailors, “going deeper into the lives of our subjects to extract moments in time that are memorable and intriguing,” says Benjamin Potter, the agency’s global creative director, noting that the men and women were selected for their personal and professional “narrative arcs.” 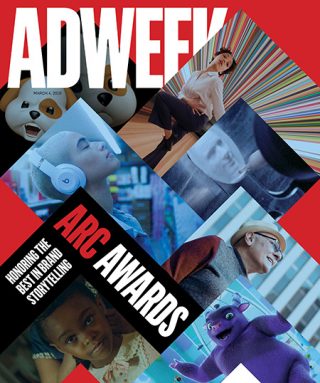