After Starbucks Had 2 Black Men Arrested, Is the Chain Living Up to Its Stance on Diversity and Equality?

Brand is closing 8,000 stores for training to eliminate racial bias 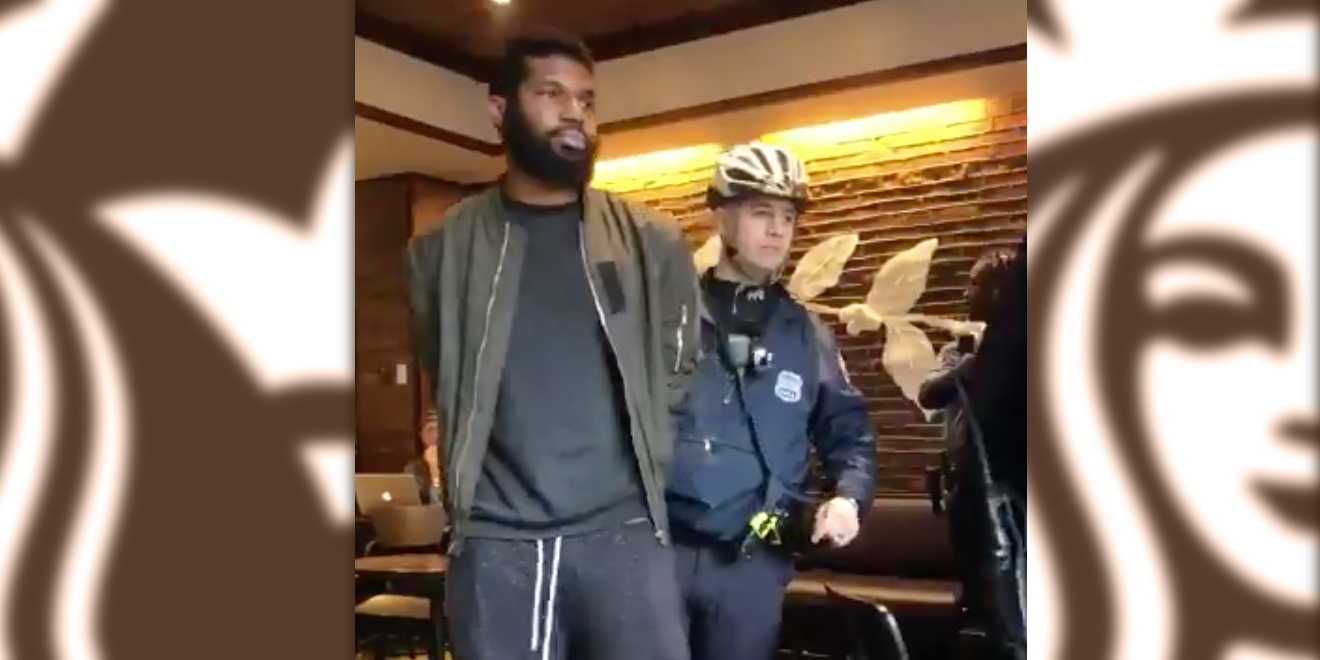 Starbucks prides itself on its stance on diversity and inclusion, but news out of Philadelphia stands as a sharp contrast.
Sources: Twitter: @missydepino; Starbucks
Share
By Katie Richards
|
April 17, 2018
Share

Despite a brand platform supporting diversity and inclusion, recent incidents at two Starbucks are calling into question whether the company truly represents the values it touts.

The first incident happened at a location in Philadelphia involved the arrest of two black men. Employees at the store called the police after the two men asked to use the bathroom without buying anything. When police arrived, the two men, who were waiting for a third person to arrive for a business meeting, were handcuffed and escorted out.

@Starbucks The police were called because these men hadn’t ordered anything. They were waiting for a friend to show up, who did as they were taken out in handcuffs for doing nothing. All the other white ppl are wondering why it’s never happened to us when we do the same thing. pic.twitter.com/0U4Pzs55Ci

The second occurrence, which journalist and activist Shaun King shared on Twitter, involves Starbucks denying a black man, who had not made a purchase, the code to the bathroom, but allowing access to its bathroom to a white man who had also not made a purchase.

The backlash online was swift—in the three days following the first incident some of the top trending hashtags concerning the brand included #boycottstarbucks, #starbuckswhileblack and #blacklivesmatter, per Digimind. Plus sentiment around the brand seems to have dropped, per Burns Group BrandInformers. Of 2,494 respondents, 40 percent of consumers surveyed feel more negatively about the brand following this most recent incident.

The incidents clash with Starbucks’ longstanding initiatives to create environments supporting diversity and inclusion like a partnership with Arizona State University to cover college tuition for part-time and full-time employees seeking a bachelor’s degree and its commitment to hire 10,000 refugees by 2022.

“The brand has done a great job of implementing and advocating for forward thinking initiatives such as workforce development, employee support and has been in support of LGBT rights—however these have been top-down and done at an exclusively macro level. Positive changes, such as these, be all naught if they don’t prioritize humanization on a micro level as well,” Christopher Skinner, founder and principal of School House, said.

In the past, Starbucks has done its best to ensure customers that the brand stands for equality and diversity, but it hasn’t always gone according to plan. About two years ago, Starbucks launched the “Race Together” campaign, designed to encourage customers to chat with employees and baristas about race while waiting for their coffee. There were stickers and messages on cups, but those were quickly pulled after social media annihilated the campaign.

Still, Starbucks was able to bounce back and cement itself as a company that cares about its people and champions diversity. “Initiatives like ‘let’s talk about race’ were missteps, but at least consumers know Starbucks cares,” Stefania Pomponi, founder, president and chief evangelist of Clever, said.

Meet Brandon Ward. He was @Starbucks - about to make a purchase - and needed to use the restroom.

They denied him the code.

He then finds a white man, Weston, who came out of the restroom.

He had not made a purchase but they gave HIM the code.

Now, experts argue, if Starbucks wants to stay true to its mentality of inclusion and diversity, it must ensure these kinds of events don’t happen and continue an open dialogue with consumers.

“As the company recovers from this incident, keeping its audience informed of any internal changes on social will ensure their road to recovery,” Paul Vivant, CEO, Digimind, said.

If Starbucks doesn’t keep consumers abreast of what changes it’s making, some experts believe it could be detrimental to the brand.

“Starbucks should be very worried about financial repercussion as a result of this. A recent Nielsen report puts Black purchasing power at $1 trillion,” Pomponi explained. “Customers of color now have incredible influence over where and how they choose to spend their money. Brands—like Starbucks—will ignore this powerful demographic at their peril. Brands and especially their leaders must show their values or consumers will respond with their wallets. Just look at Papa John’s and Under Armour—and most recently Facebook—as examples what happens when consumers don’t agree with a CEO’s values.”

However, industry experts believe that Starbucks is taking the appropriate steps to rectify the situation.