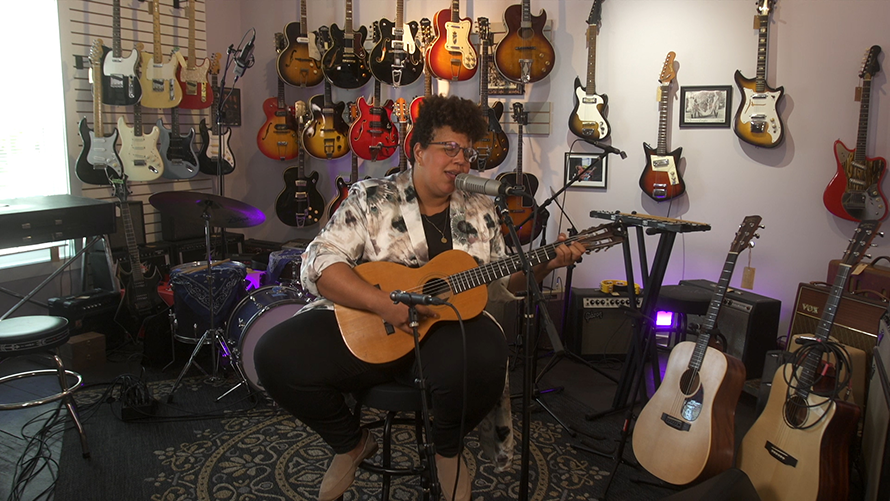 Brittany Howard performed at Fanny's House of Music in Nashville. - Credit by Superfly

The Covid-19 pandemic has had a devastating financial impact on small businesses across the U.S., especially those owned by minorities. According to a report published in June by the National Bureau of Economic Research, the number of Black business owners in the U.S. fell 41% between February and April, with Latinx owners seeing a 32% drop and Asian owners seeing a 26% drop.

To raise money for minority-owned businesses in need, live entertainment and experiential agency Superfly organized Small Business Live, a live virtual music festival. The agency curated and produced a six-hour program that streamed live on TikTok June 20, with headliners performing from home and at their favorite small businesses across the country.

Hosted by DJ Jazzy Jeff, the festival had 20 performers including 2 Chainz, Brittany Howard, T-Pain, Brandi Carlile, Leon Bridges and Lauryn Hill. The performances were interspersed with video stories about small businesses of their choosing.

Superfly
Rich Goodstone, co-founder of Superfly, said the agency developed the idea for Small Business Live in April as a way to use its creative and production expertise for a relevant and important cause. Superfly, responsible for events like Bonnaroo Music & Arts Festival, the Friends Pop-Up and BravoCon, has also felt the impact of Covid-19. Goodstone said the agency had to downsize staff once the pandemic wiped its 2020 project calendar.

“We wanted to do something in our wheelhouse that could raise the profile, advocate and raise money for small businesses,” Goodstone said. “We wanted to leverage what we do best—creating valuable cultural moments—and built it around Small Business Live.”

To fund the event, Superfly partnered with TikTok and signed on Bustle Digital Group, AT&T Business, GoDaddy, Vistaprint and Square as sponsors. Along with TikTok, the festival streamed live across YouTube, Instagram, Facebook, Twitter, Twitch, LiveXLive and Bustle’s publications. Videos of full performances and small-business profiles are available to view on Small Biz Live’s YouTube channel.

@TPain is ready to help us close out #SmallBizLive. Tune in for one of our ending performances, live on our Instagram Story. To donate, text SMALLBIZ to 707070.

Proceeds from the event were donated to Accion Opportunity Fund, a nonprofit that supports businesses owned by people of color, women and immigrants. From artist, public and sponsor contributions during the one-day event, Superfly raised more than $472,000 for the organization. The agency also created an event landing page where people can donate and learn more about each small business featured.

“Minority-owned businesses are denied credit more often and charged higher rates for money they borrow to fund their businesses. We need to accelerate support to underserved businesses in order to reach our full potential,” said Luz Urrutia, CEO of Accion Opportunity Fund, in a statement. “We have to decide what we want our main streets to look like when this is over, and we must act decisively to keep small businesses alive and ready to rebuild. This is a fun way to do something really important.”

Once Superfly locked in sponsors and a nonprofit partner, Goodstone said it took about four weeks to produce the event. He said the goal was to tap musicians located in cities across the country to highlight a variety of businesses.

“The festival wouldn’t have been authentic if the artists weren’t supporting businesses that meant so much to them,” he said. “We wanted to show different stories representative of those communities, which were tied to the artists.”

“What we just did is a drop in the bucket,” he said. “It was meaningful, but the challenges are real and staggering across a lot of different areas, small businesses being a key one.”

Since the pandemic began in March, some brands have shifted their focus and resources to initiatives supporting small businesses. American Express formed a coalition to help businesses recover, and Vimeo created a grant project funding eight creators to make videos about the owners of their favorite small businesses and how they’ve adapted during the crisis.