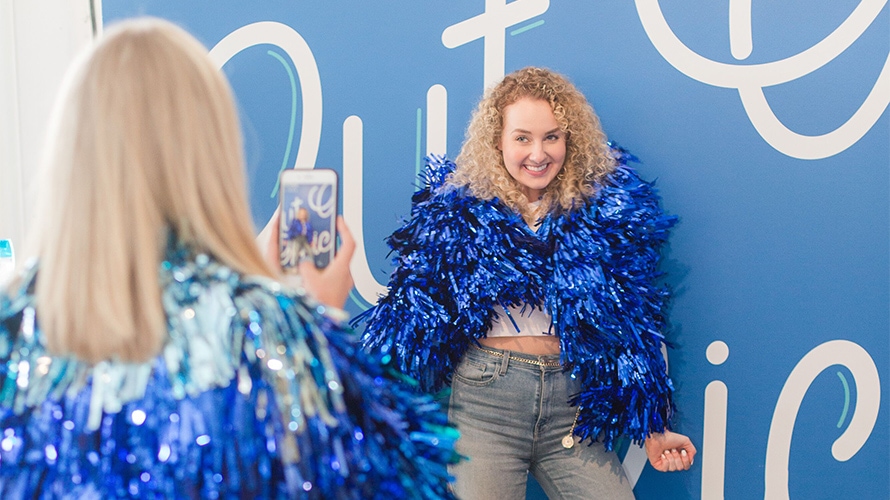 Despite its name, Alaska Airlines’ flights don’t always stop or start within the Land of the Midnight Sun, especially since Alaska acquired Virgin America in 2016, as more of their flights reach beyond its Pacific Northwest hub.

Taking over Virgin America’s East Coast routes hasn’t led to the name recognition the company would have liked. Katie D’Amato, director, brand and creative studio at Alaska Airlines, said that the company has to do a better job of building its brand in markets where travelers aren’t accustomed to seeing the company’s iconic Eskimo logo.

“Our name doesn’t necessarily do us any favors, being called Alaska,”  D’Amato said, adding that even she fell victim to the misconception that Alaska was an Alaska-only airline. “When I first moved to the Northwest, I thought Alaska just flew to Alaska. We are the fifth-largest airline, and people still don’t know about us.”

There’s no excuse, however. Especially on the West Coast where the company, D’Amato said, has the most nonstop flights, with 1,300 per day. And now, with its flight map greatly expanded beyond the Pacific Northwest, and with a little creative juice, Alaska wants to “introduce ourselves to people,” D’Amato said.

A major way that Alaska is doing this is through participating in events in these new cities. Earlier this month, Alaska Airlines activated at the Create & Cultivate conference held at Industry City in Brooklyn, New York. There, it hosted a VIP lounge—complete with photo opps featuring confetti-covered jackets—as well as handed out promos and deals on flights to attendees at its booth. Alaska has partnered with Create & Cultivate on smaller-scale events in the past, such as dinners or panel discussions, but partnering with them on a full-fledged, all-day conference in New York felt like the right way to make a splash in the notoriously hard-to-break-into city. 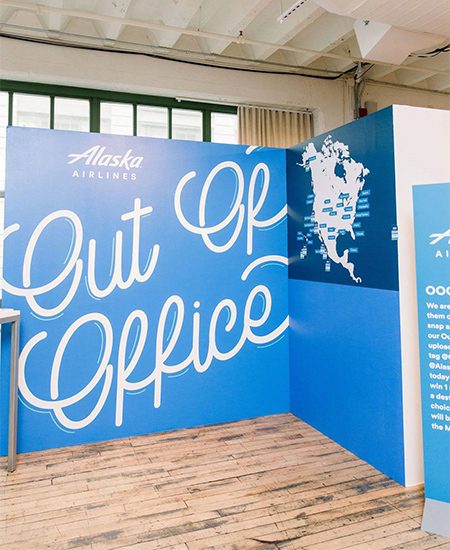 “A lot of people in New York don’t know about Alaska,” D’Amato said. “So when we think about ‘someone to invite you to the party’ in terms of New York, [Create & Cultivate founder] Jaclyn Johnson is a great person to do that.”

Create & Cultivate, a conference designed to “create and cultivate the career of your dreams,” attracts an audience made up vastly of female influencers, entrepreneurs or those hoping to start their own businesses—in other words, an audience looking for air travel options as they’re in the early stages of building a business.

“It’s great alignment for us in terms of the experience that they create and the people that they attract,” she said. “We know that travel is so important to businesses starting out, so we love to be a part of an organization that is empowering people to do what they want to do.”

At Create & Cultivate, Alaska passed out vouchers that promised what would amount to be a two-for-one deal. Promotions like these, D’Amato said, are key, because for Alaska, the primary goal is just to get people on the plane in the first place. Once they’re on the plane, the product—its service and facilities—sells itself, according to D’Amato.

And with an attendee and speaker list chock full of influencers, it’s also a prime location for Alaska to cultivate influencer relationships. Those relationships aren’t just important because of the influence, but also the content these influencers can create. When Alaska sends an influencer on a trip, they encourage the creation of destination-centric content. D’Amato said that in Alaska’s marketing, they don’t want to show off the features of their aircraft fleet, but rather, what travelers can enjoy once they take an Alaska flight to a certain destination.

She said: “It’s being that in-the-know brand for travelers that they would look to for restaurants or hotels, versus just the actual process of getting there.”