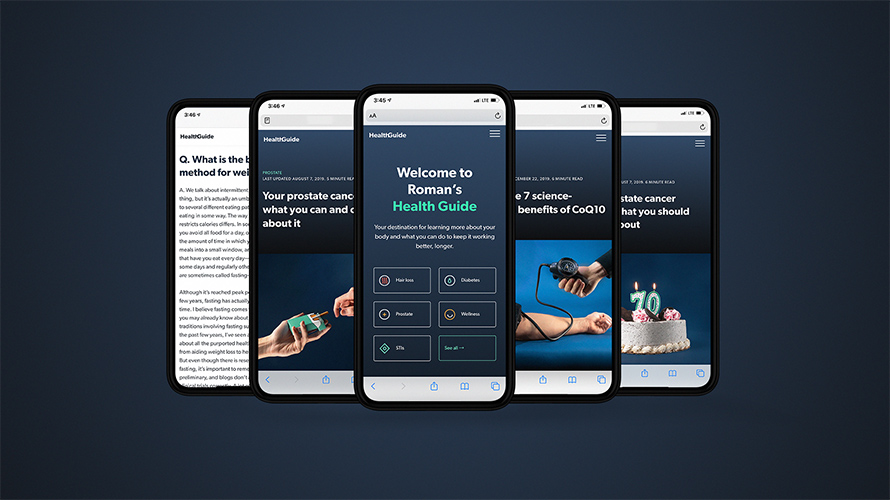 As the co-founder of Reddit (and the husband of tennis superstar Serena Williams), Alexis Ohanian can’t really keep a low profile. But, his investment in direct-to-consumer telehealth company Ro is one that’s gone slightly under the radar.

Ohanian, who’s been an investor in Ro since the company’s start in 2017, joined its board of directors in 2018. He even appears in Ro’s newest commercial, talking about his perspective on health since the birth of his daughter, Alexis Olympia Ohanian Jr.

Now, 2020 is shaping up to a big year for Ro: The company recently relaunched its website, which now includes a health guide with answers about common topics from allergies to HPV to diabetes. In an interview with Adweek, Ohanian, Co-Founder and managing partner at Initialized Capital,  shared what he thinks about the company’s growth, how he’s using his board seat to ensure everything’s running smoothly, and why he invested in the first place.

Why investing in Ro was a good bet

Taking a stake in Ro became something personal for Ohanian, as he learned about the company right when he found out he was going to become a father. The news made Ohanian realize how much he had “deprioritized” his own health—and why a company like Ro made sense to invest in.

He recalls co-founder Zachariah Reitano’s “really compelling” pitch about starting out by targeting men, “who are among the worst about taking care of themselves—and it resonated,” Ohanian said. “This was a company that was clearly on a massive trajectory pretty early and was also going to do a lot of good in the process.”

And while Ro initially started out as Roman, a men’s brand dedicated to issues around erectile disfunction, Ohanian said he knew the company would eventually evolve into a “telehealth platform.” (The company now has other brands like Rory, a brand for women going through menopause, and Zero, a smoking cessation product.)

Ohanian said the company has gone above and beyond others in the space by building out the infrastructure to make telehealth possible, like creating a pharmacy on the back end. All that hard work is what led to companies like Pfizer deciding to work with Ro, according to Ohanian, and why later this spring, biotech company Gelesis is releasing Plenity, a weight management product with Ro.

“What’s unique about the approach is that Ro has really thought deliberately about how to build this experience from start to finish in a way that puts patients first,” Ohanian said. “If you’re doing something that is harder, if you’re doing something that requires more work, but it’s the right thing to do for patients, if it’s the right thing to do, do it now. And even though it means you have to move a little bit slower on some of the other things like growth, you’re creating moats, and you’re creating things that every other competitor is going to have to do anyway.”

Ro’s Health Guide, which dropped earlier this month, covers 13 “condition categories” that go beyond the scope of what Ro offers. It focuses in on three types of content: Medical (to talk about symptoms and more for medical conditions), Lifestyle (where consumers can learn how to combat allergies and the like) and Ask the Expert, where medical professionals from institutions like New York University answer questions. So far, Ro’s content is set to reach more than 30 million readers this year, according to a spokesperson.

The impetus to create a product like the Health Guide is to “be a voice of a reason” around these issues, said Ohanian, and create content that amps up the brand but doesn’t function solely as a marketing channel.

“For most of the DTC field, there is an emphasis on marketing, and that is very important and having that performance marketing expertise is a requirement for long-term success,” Ohanian said. “But, in this space, particularly in health, the bar is even higher.”

However, Ohanian cautions other brands from creating content sites just for the sake of it.

“So as more and more brands go down this path, they are going to have to find the things that help them stand out in their space, in their industry,” Ohanian said. “And it won’t always be as straightforward as Roman’s.”

As a former CEO, Ohanian said there are different ways he looks at a company to gauge its culture. And now as an investor and board member, Ohanian said tools like Glassdoor reviews give him insight into how employees actually feel.

“I really believe that we’re finding more channels to have this information get to us as investors,” Ohanian said. “The real opportunity here is that there’s more channels for employees to be able to speak out, whether it’s publicly on GlassDoor or through the networks of tech folks or just people in the industry.”

He added that people’s “perception” of what’s reasonable in a work environment is changing, and that if there is a problem, more people will talk to their networks to let board members or others know.

“As we’re having more and more of these conversations in public, on social media, in the press, the industry as a whole starts to recalibrate what’s acceptable behavior,” Ohanian said. “All of these things help keep it moving in a good direction, but there’s nothing that is foolproof.”