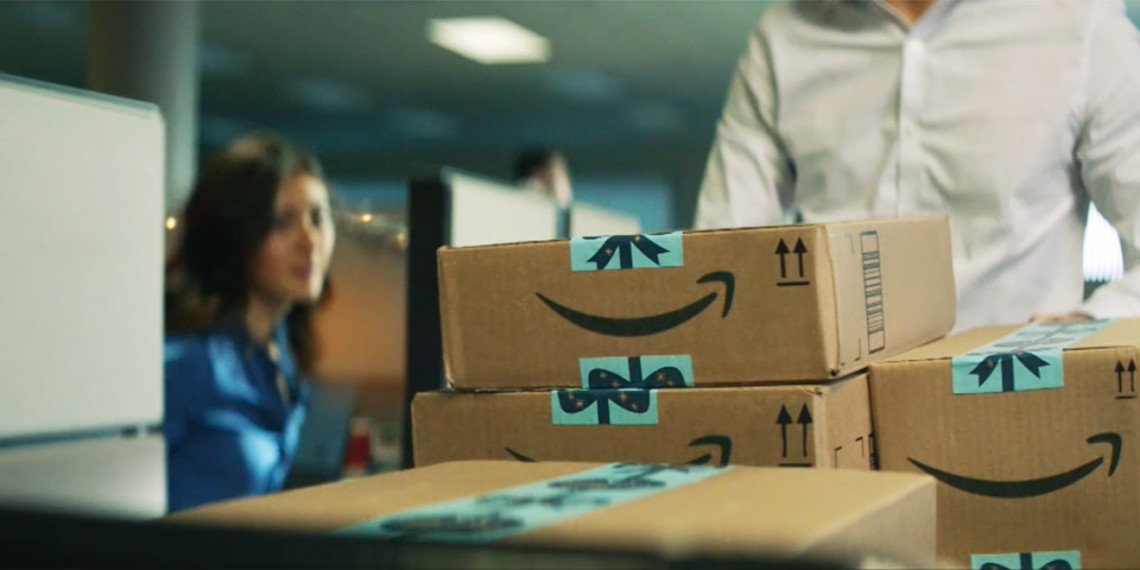 The second day of November could feel a little early to start airing holiday ads, but there’s nothing wrong with spreading a little joy—especially now. To that end, Amazon has popped the top off the season with a new spot launching in the U.K. tomorrow (Nov. 3).

The brand’s annual offering may not come with the foaming-at-the-mouth expectation like others (see: John Lewis) during the competitive, Super Bowl-esque British Christmas advertising blitz, but Amazon is getting a jump on the festivities—and the competition—with another ambitious spot from agency Lucky Generals.

Two years ago, the online giant made a massive statement with an interfaith holiday spot that featured a Muslim imam and an Anglican vicar, bound by friendship and, in a twist, empathy for what turned out to be a common issue for both of them. Last year, Amazon moved away from political and social commentary and infused some good-natured fun in its holiday ad, personified by boxes singing along to a rendition of the song “Give a Little Bit,” popularized by Supertramp in the late 70s.

This time around, the singing boxes are back and jamming along to a remake of The Jacksons’ 1981 song “Can You Feel It?”

Directed by Fredrik Bond, the ad takes the happy boxes out of the distribution center and into the wild. The whimsical touches feature a cast that interacts with more of Amazon’s world—like Alexa, Amazon lockers and warehouse robots—and fully embraces the spirit of the holiday season.

While the 90-second ad might not have the gravitas of its British retail brethren, it has the universal feel reminiscent of a Coca-Cola ad, is decidedly upbeat, offers a much-needed dose of positivity in an otherwise bleak time, and bookends 2018 well for TBWA-owned Lucky Generals, which kicked off the year with Amazon’s top-notch Super Bowl ad, “Alexa Lost Her Voice.”

And yes, one can be cynical that the holiday season is starting “too early,” but this charmer shows that a package can be more than transactional, it can be transformational.

After its initial U.K. launch, the ad will run in the U.S., Germany, Austria, France, Italy, Spain and Canada.

Here’s a look back at last year’s Amazon holiday spot that introduced the singing boxes, followed by credits for the new ad: