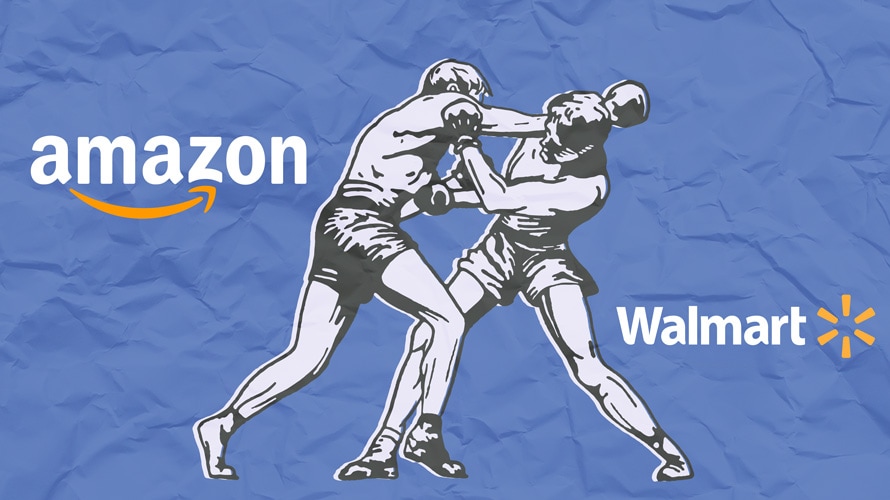 Amazon spent more on TV advertising than any other major retailer in the days leading up to Black Friday, according to new data from ad intelligence firm MediaRadar.

After analyzing TV ad spend for nearly 300 retailers during the first two weeks of November, results revealed that Amazon leaped seven spots compared to last year, surpassing Walmart, Target and others along the way. MediaRadar declined to say exactly how much Amazon spent on TV ads, but noted that the top four retailers—Amazon, Walmart, Target and Macy’s—collectively dropped just over $140 million toward TV advertising.

The study found that many of the brands held a similar position compared to the year prior, with a few exceptions. Best Buy, for example, fell five spots, from third place to eighth. Home Depot and Kohl’s dropped off the list of top 10 TV spenders altogether, while TJX Companies and Raymour & Flanigan climbed into the ninth and 10th spot, respectively. 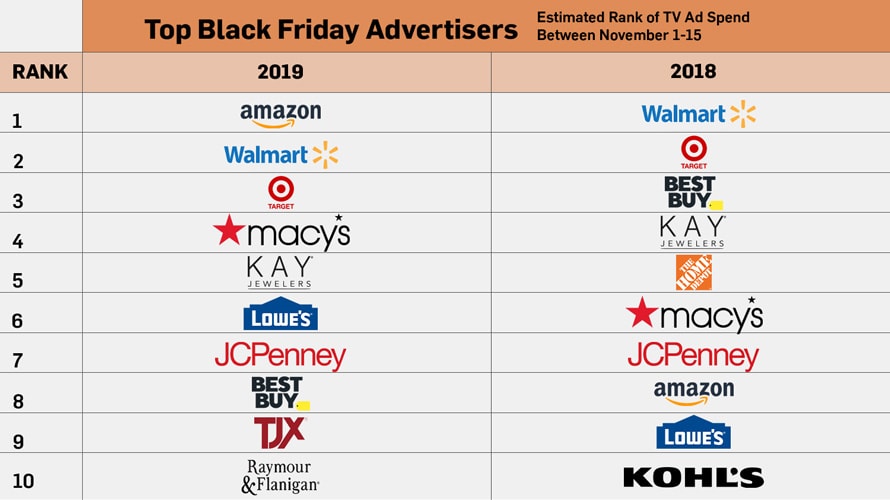 “In some regard, what’s so interesting is how little shift there really is for most of these brands,” Todd Krizelman, CEO and co-founder of MediaRadar, said. “I wonder if Amazon asks itself, ‘Everyone else is doing the same year after year. What happens if we start to make a much larger investment? Do we move the needle that much faster for our business?’”

Krizelman also pointed out that Amazon’s ascent to the top spot is largely due to its penchant for prime time, something that hasn’t always been the case. Just over one in five of its TV commercials broadcast in the first half of November appeared in these pricey ad slots, amounting to more than half of the ad dollars Amazon spent during the analyzed time period.

MediaRadar noted that national TV spending for this year’s Black Friday was “highly concentrated,” with 77% of the money coming from the top 20 spenders. In total, major retailers devoted over $400 million to TV advertising in the first two weeks of November 2019, a 5% hike compared to the same time period last year.

As for whether brands were spending more on advertising to combat the six fewer days available this holiday season between Thanksgiving and Christmas, Krizelman said: “Maybe.” What he did notice is that more brands are advertising earlier for the holidays this year than last year, which is by no means a new trend.

“People have a finite amount of money they’re going to spend, and that number has not changed a lot from the prior year,” Krizelman said. “So if you know that’s the amount of money and you can get people to spend it on you sooner, it’s just a way of trying to capture a bigger share of wallet.”

Google has echoed this sentiment and taken it a step further, arguing that the best way brands in the consumer technology sector can win over holiday shoppers is to build connections with them throughout the calendar year.

Amazon itself has encouraged advertisers to boost their budgets prior to major shopping events. Researchers at the Amazon seller tool Sellics found the strategy can pay off. The more dollars devoted to advertising, the more dollars earned from sales.

To generate the report on TV ad spend, MediaRadar aggregated advertising data from hundreds of TV channels between Nov. 1 and Nov. 15, then calculated spend using proprietary algorithms in conjunction with agency-verified pricing.