The Detroit snack spruces up for its national ambitions 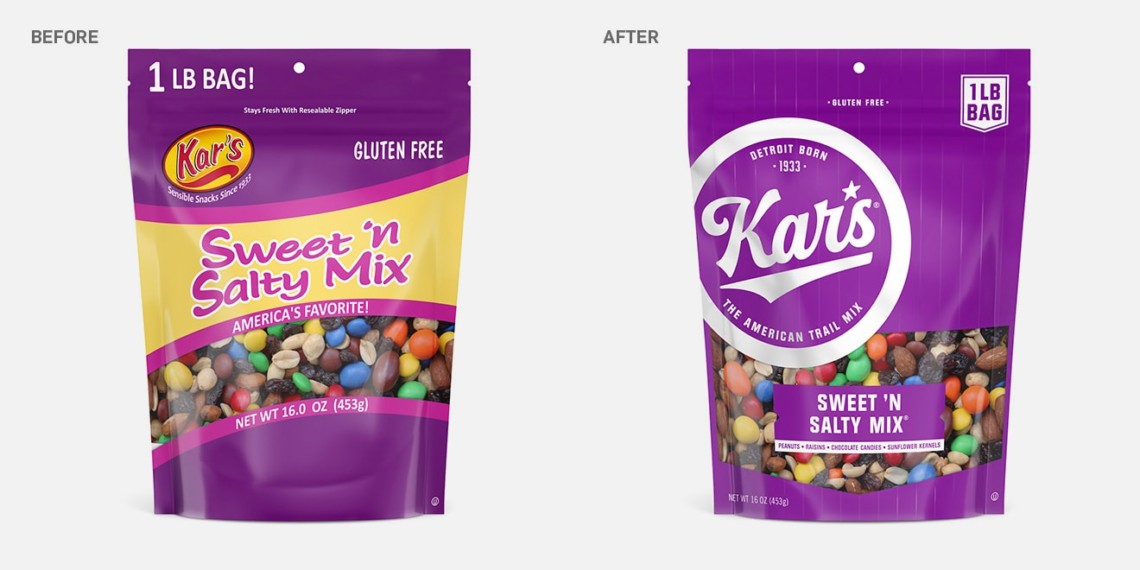 A blend of nuts, dried fruit and (usually) pieces of chocolate, trail mix is considered by many to be the perfect energy food. It’s portable, tasty and rich in fiber and vitamins. And trail mix’s variants are as many as the hikers (and couch potatoes) who eat it.

You’d think all of these factors would be great news for Kar’s, the 86-year-old Michigan company that makes Sweet ‘n Salty—currently the best-selling brand of trail mix in the country. And it is all good news, of course. But while trail mix might be simple, it turns out selling the stuff is not.

“In this category, private label has a strong footprint,” said Kar’s vice president of marketing Bob Bryan, who explained that since trail mix is merely a jumble of “nuts and raisins and seeds, it’s difficult to differentiate yourself.”

“You have to do it [with] quality, packaging and shelf image—you have to win at the point of sale,” he said.

This is why loyal fans of Kar’s noticed a change recently when, for the first time in three decades, Kar’s sent its packaging in for a makeover.

Developed with a creative assist from Retail Voodoo, the new 1-pound bag gives the Kar’s name badge triple the real estate it used to have while reinforcing the brand’s dominance with secondary slogans like “The American Trail Mix.”

“We wanted to make them look like a heritage brand that’s been around longer than the 1980s,” said David Lemley, Retail Voodoo’s president and head of brand strategy. “The current packaging had a distinctive value-brand look and feel [that] wasn’t even in people’s consideration.”

But the rebranding Lemley’s team did was also an exercise in strategic restraint. Bryan noted that however dated the packaging might have been, loyal Kar’s shoppers did recognize it—“so there was a significant risk to making huge changes,” he said. Hence, the core components, like the purple bag with its clear window, had to stay.

What’s notably new is the logo treatment, which Retail Voodoo retooled to resemble the type on a baseball uniform—a nod to Kar’s having gotten its start outside Detroit’s Tiger Stadium. There’s also a blurb about the ballpark on the back of the package and a “Detroit Born 1933” slug just above the brand name.

Lemley noted that until relatively recently, saying you were from Detroit wasn’t much of a boast. “Detroit had gotten a bad reputation, and the brand shied away from talking about where they were from,” he recalled. “But we said, ‘Everybody loves a good comeback.’”

Kar’s got its start in the Motor City in 1933, when Sue Kar began roasting peanuts in her kitchen and selling them outside the ballpark, which was just across the street. Before long, Kar began distributing the nuts in local pubs and stores, and eventually the company opened its own roasting plant. After purchasing the brand in 1967, the Nicolay family expanded Kar’s offerings. Sweet ‘n Salty Mix appeared in 1997, and 2010 marked the debut of an upmarket sister brand called Second Nature, skewed largely toward women in search of non-GMO, “clean” ingredients. 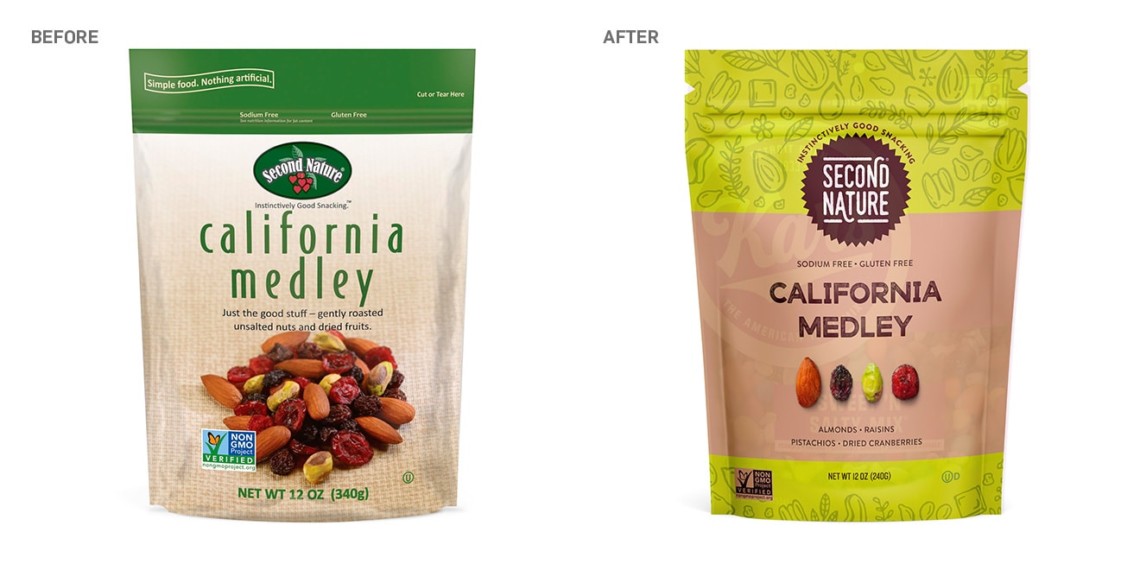