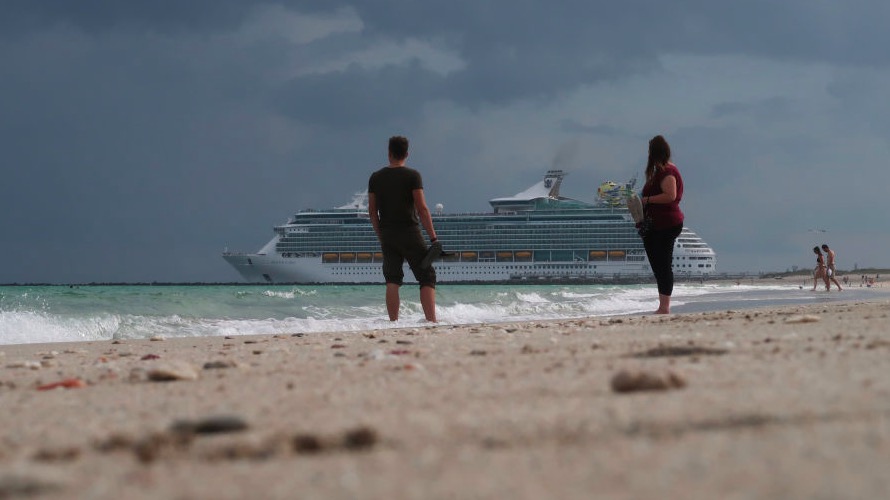 At the request of President Trump, America's largest cruise lines will quit cruising for 30 days. - Credit by Getty

America’s largest cruise lines will be halting operations “voluntarily” for the next 30 days in response to the global spread of coronavirus. That includes Carnival Corp., Royal Caribbean International and Norwegian Cruise Line, all members of the Cruise Lines International Association (CLIA), which announced the suspension today.

The decision to pause operations comes after the U.S. Department of State issued a directive that citizens “should not travel by cruise ship,” after two Princess Cruises ships became hot zones as the coronavirus spread across North America.

“This is an unprecedented situation,” Kelly Craighead, CLIA’s president and CEO, said in a statement. “Our industry has taken responsibility for protecting public health for more than 50 years, working under the guidance of the U.S. Centers for Disease Control and Prevention, and prides itself on its ability to deliver exceptional vacation experiences for guests, as well as meaningful employment opportunities for crew. This has been a challenging time, but we hope that this decision will enable us to focus on the future and a return to normal as soon as possible.”

The statement’s release coincided with President Donald Trump tweeting that he had requested the major cruise lines to suspend operations. However, Trump was not mentioned in CLIA’s statement.

At my request, effective midnight tonight, Carnival, Royal Caribbean, Norwegian, and MSC have all agreed to suspend outbound cruises for thirty days. It is a great and important industry – it will be kept that way!

Carnival Corp., the world’s largest cruise operator, is the parent company of Carnival Cruise Line, Holland America, Cunard, and Princess Cruises. Yesterday, Princess announced it would be suspending operations, as did Viking Cruises. Virgin Voyages also announced that it would postpone its inaugural sail to July.

The suspension is set to take effect at midnight tonight. Ships currently at sea are expected to begin their return to port.