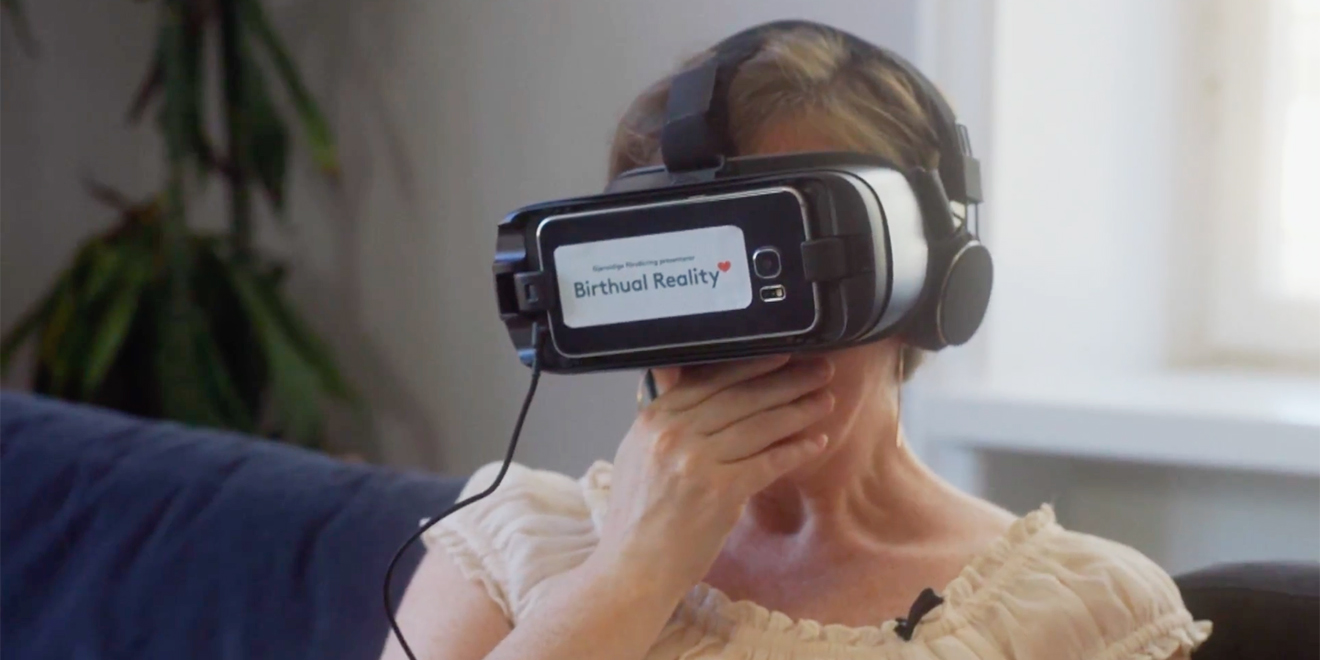 Expectant parents who watched the video said they were touched by the experience. - Credit by Gjensidige

The irony of being called “expectant parents” is that many actually have little idea what to expect from childbirth.

While they certainly understand the general process and medical procedures involved, one can’t really understand the full experience of birth until you’ve witnessed it first-hand. Given that childbirth is a relatively private moment—at least in terms of the number of people on hand—most people don’t have that experience until it’s time to meet their own newborns.

The uncertainty about the birth experience can create anxiety for expectant moms and dad alike, so one insurer came up with a compelling way to help.

Sweden’s Gjensidige Insurance worked with a hospital to film a childbirth in 360-degree video, creating a VR experience that anyone can watch. In fact, you can watch it right now as a 360 video on YouTube.

Luckily, it’s a rather uneventful pregnancy in the sense that the process goes smoothly. (And the birth itself is shot at a respectful angle that makes you feel you’re standing alongside the mother rather than in the place of the doctor.) But it still conveys the physical and emotional struggle of childbirth, along with the singular joy.

In the case study, we see how parents respond to the video and why medical professionals are excited about its potential:

Gjensidige sent VR headsets to every maternity clinic in Sweden in hopes of making it easy for parents to watch the video, and more headsets can be ordered via the brand’s Birthual Reality website.

“This new technology has the power to make people really understand what actually happens when a child is born and hopefully makes expectant parents feel more comfortable and prepared for the birth of their child,” says Kristina Müller, chief midwife at BB Stockholm, in a statement announcing the video. 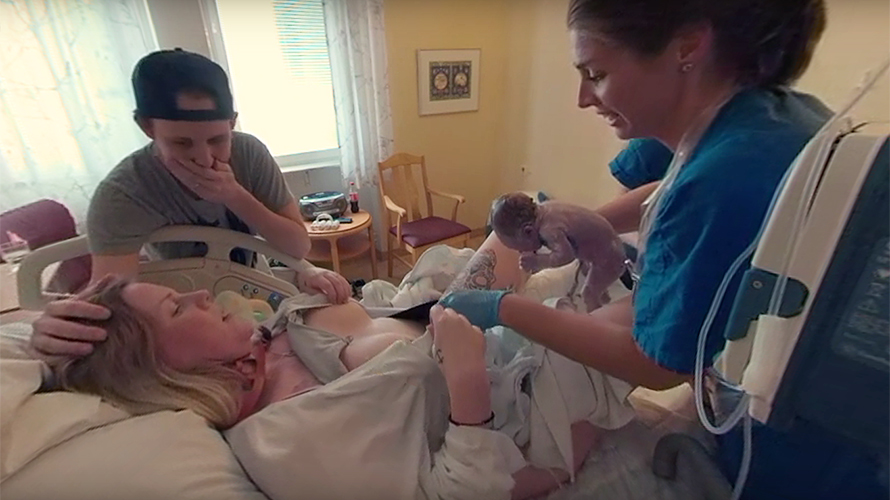 In the case study, Müller notes that she feels anxiety levels have risen among parents in recent years.

“As time goes by you notice people are more worried today than they were a few years ago,” she says. “We would like all of our check-ups to be calming, but what we see is the exact opposite.”

As the case study makes clear, watching the video is clearly an educational and positive experience for those preparing for childbirth.

“Prenatal education and preparations for childbirth should take advantage of the latest developments and the possibilities they offer,” says Lina Winqvist, marketing manager at Gjensidige. “By filming the birth of a child in VR we are able to deliver a feeling of authenticity which we believe is hard to achieve with existing preparatory material.”