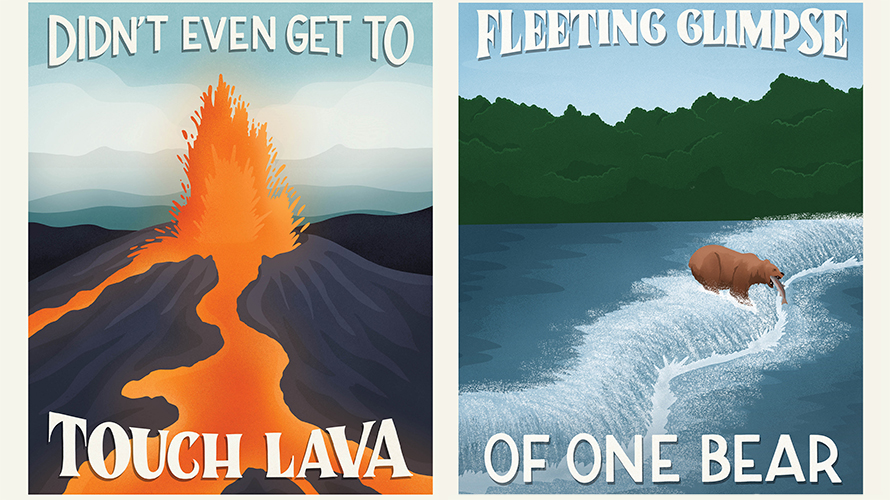 National parks: They're not for everyone. - Credit by Amber Share

Graphic designer Amber Share isn’t the first person to seize on a negative review and flip it on its head for marketing purposes. Some self-deprecating brands have been doing it successfully for years.

But the North Carolina resident has put her own spin on the advertising trope, taking one-star reviews of U.S. national parks and creating posters, stickers and postcards out of them under the tagline, “Subpar Parks. Real negative reviews of national parks—apparently America’s best idea wasn’t all that great.”

For her eye-catching retro-stylish work, Share lays the word-for-word comments of underwhelmed visitors on top of illustrations of the very natural wonders they’re criticizing. And the results are hilarious.

Bryce Canyon in Utah is “Too orange, too spiky,” the Grand Canyon is nothing more than “A hole. A very, very large hole,” and Saguaro National Park in Arizona is just “OK if you like cactus,” according to grumpy tourists whose salty turns of phrase now grace Share’s artwork. 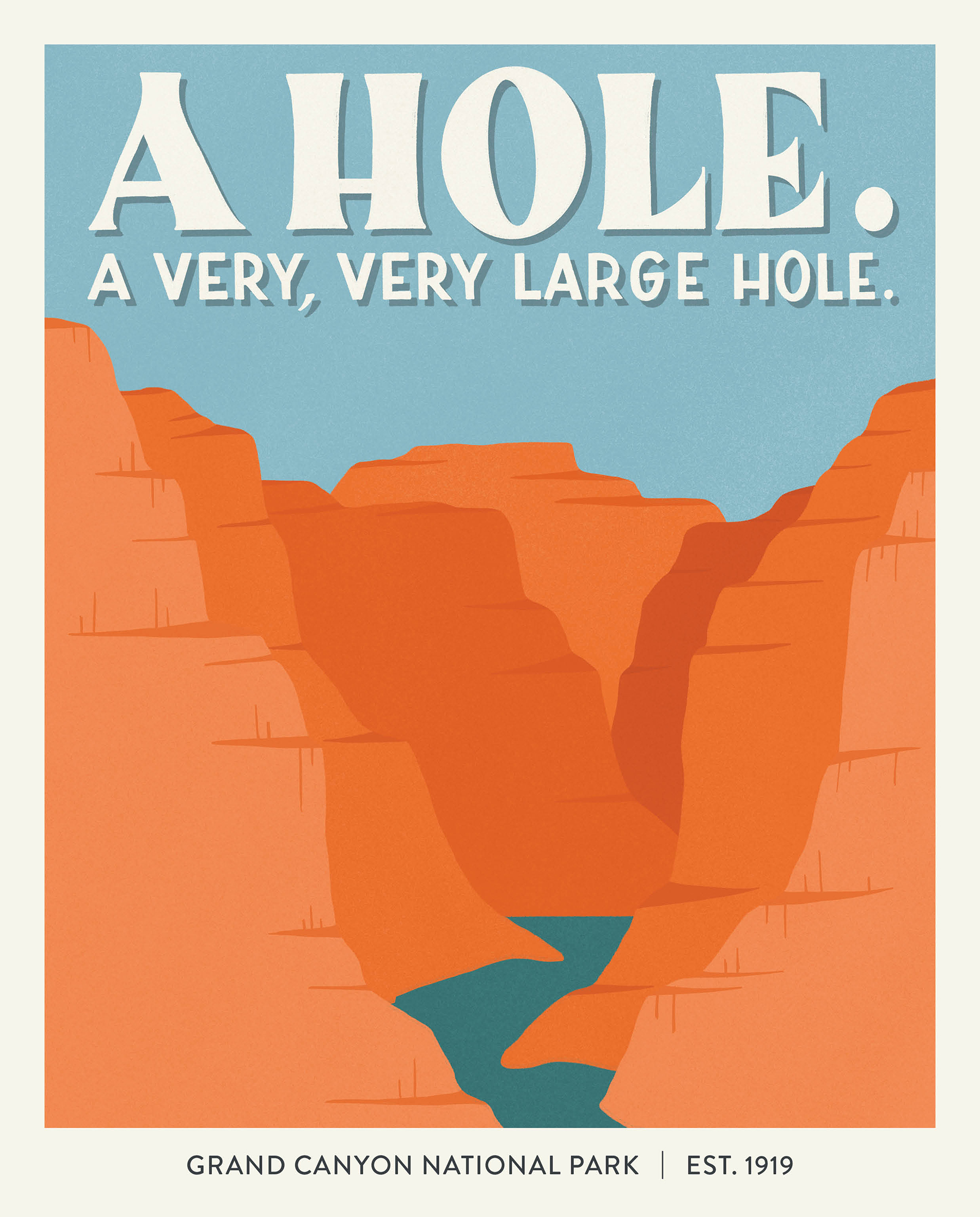 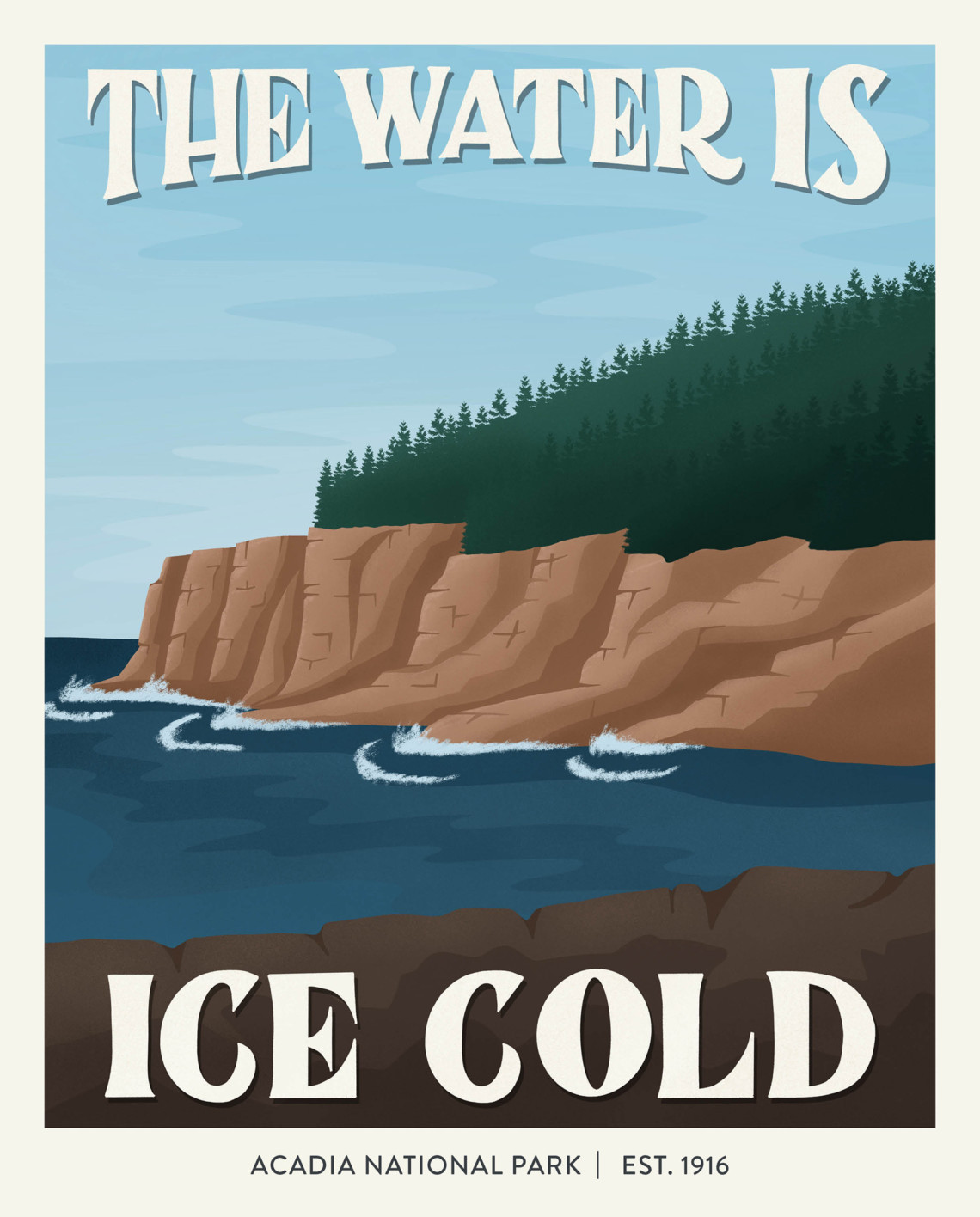 Share, an outdoors enthusiast, decided to draw all 62 national parks in the country as a way to break into the space. But she was looking for a twist.

“I wanted something that would make me stand out,” she told Adweek, “and I wanted it to be funny.”

She stumbled onto a few single-star reviews on Reddit, dug around for more of the same and realized she could mine the snark for creative inspiration. She sticks to complaints about nature, rather than park management or upkeep, saying in a recent blog post: “I think the audacity of criticizing earth is what keeps the project light.”

Sometimes she adds the park’s own (accurate) description as a caption when she posts the art on her social media and website. Other times she can’t help clapping back at the naysayers, like when someone whined that all White Sands National Park in New Mexico had to offer was “Literally miles of white sand.”

“The review goes on to say that there aren’t even any playgrounds, unless you count sliding down the sand hills and my inner child was SCREAMING about how much more fun that would be than a normal slide,” she wrote.

And when someone bellyached that “there was no one except us” in Voyageurs National Park in Minnesota, she posted: “I know I for one can’t stand it when I have a majestic piece of nature all to myself.”

As for her style, Share called it “nothing super exaggerated, though I do embellish a bit. It’s a cartoony but realistic depiction that I think works well with the joke of the review.”

(Don’t bother to throw out any pessimistic bait at this point, though, in hopes of making it into her art. Share has already selected damning critiques of all 62 parks and saved them in a spreadsheet.)

“There’s an interesting phenomenon, and a lot of park rangers and volunteers have told me about it: people think it’s a curated experience, for example, where the park releases the bears at a certain time every morning,” she said. “They don’t understand the parks are a great place to escape into the wilderness. They don’t exist for you to be constantly entertained.” 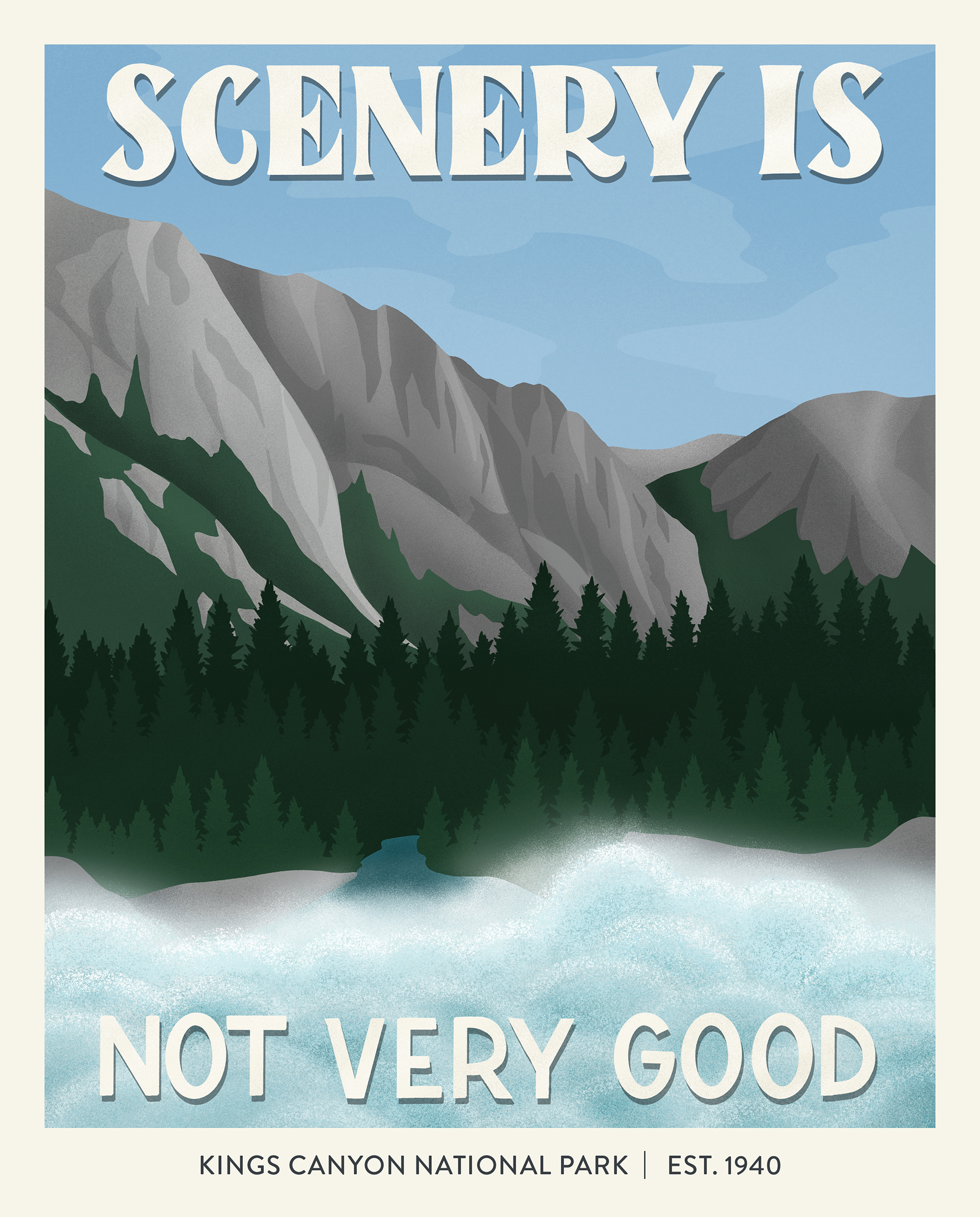 Share has finished some 58 parks so far, spending about five to six hours on each. (Arches is her favorite—“Looks nothing like the license plate”) She plans to go global next, likely focusing on parks in Australia, Canada and the U.K.

Since launching the side project, Share has landed a steady stream of freelance gigs, along with major media stories, and has grown her Instagram account to more than 235,000 followers. She’s sold thousands of stickers, posters and prints, and she’s in early discussions with a literary agent for a potential book.

“I thought this would be very niche, so the response has honestly blown me away,” she said. “Even people who don’t love the outdoors can laugh at it.” 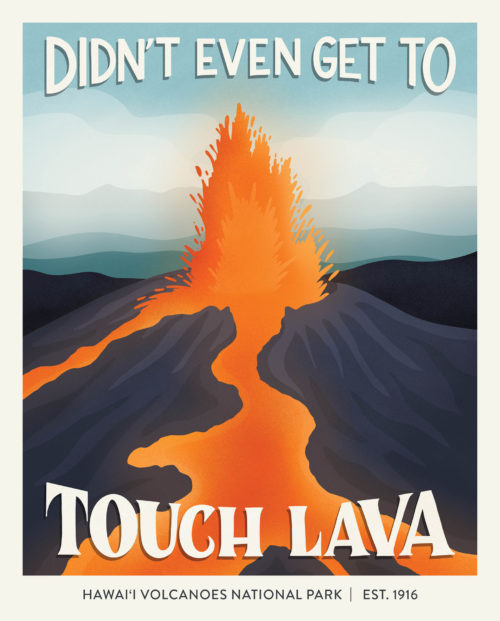 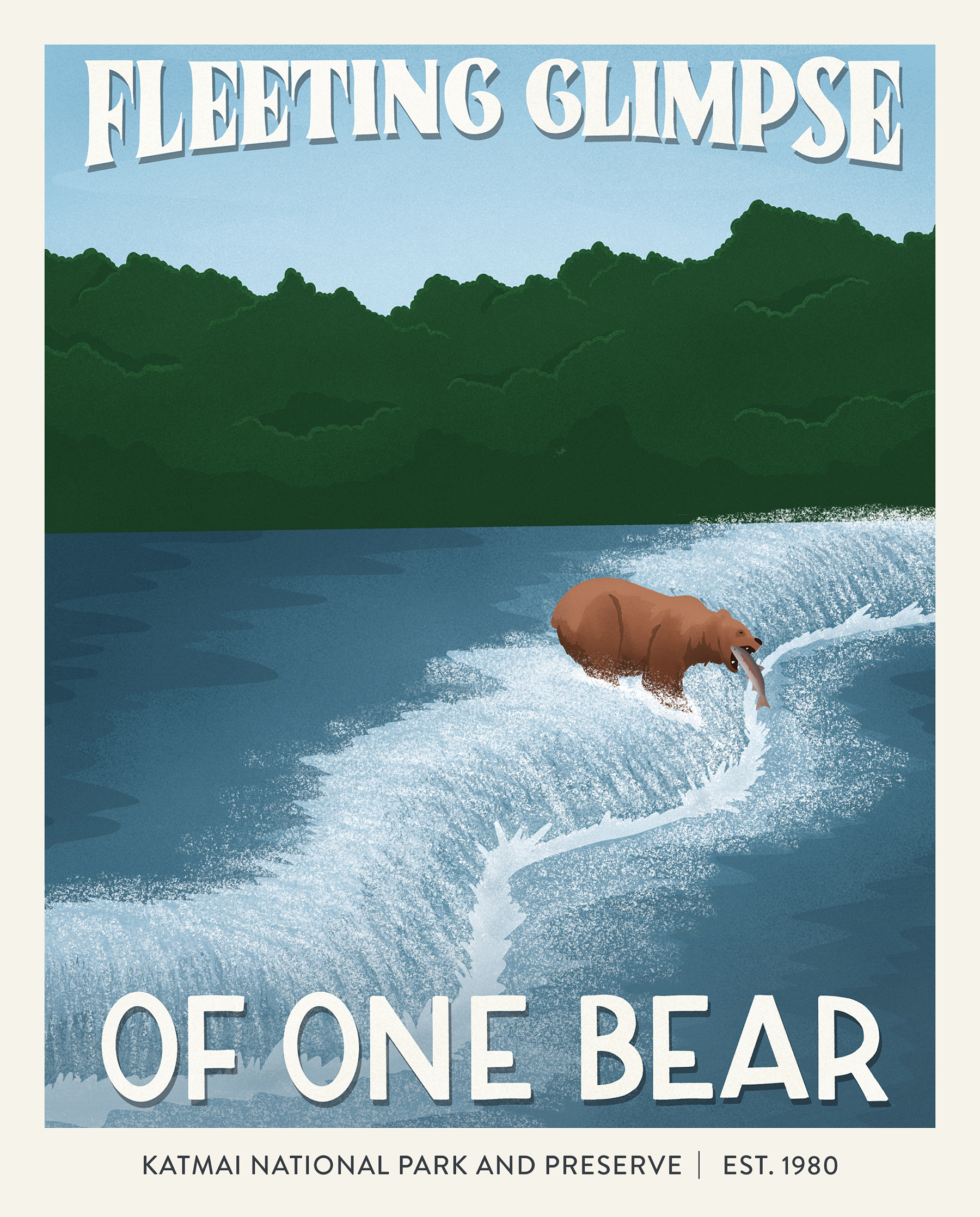