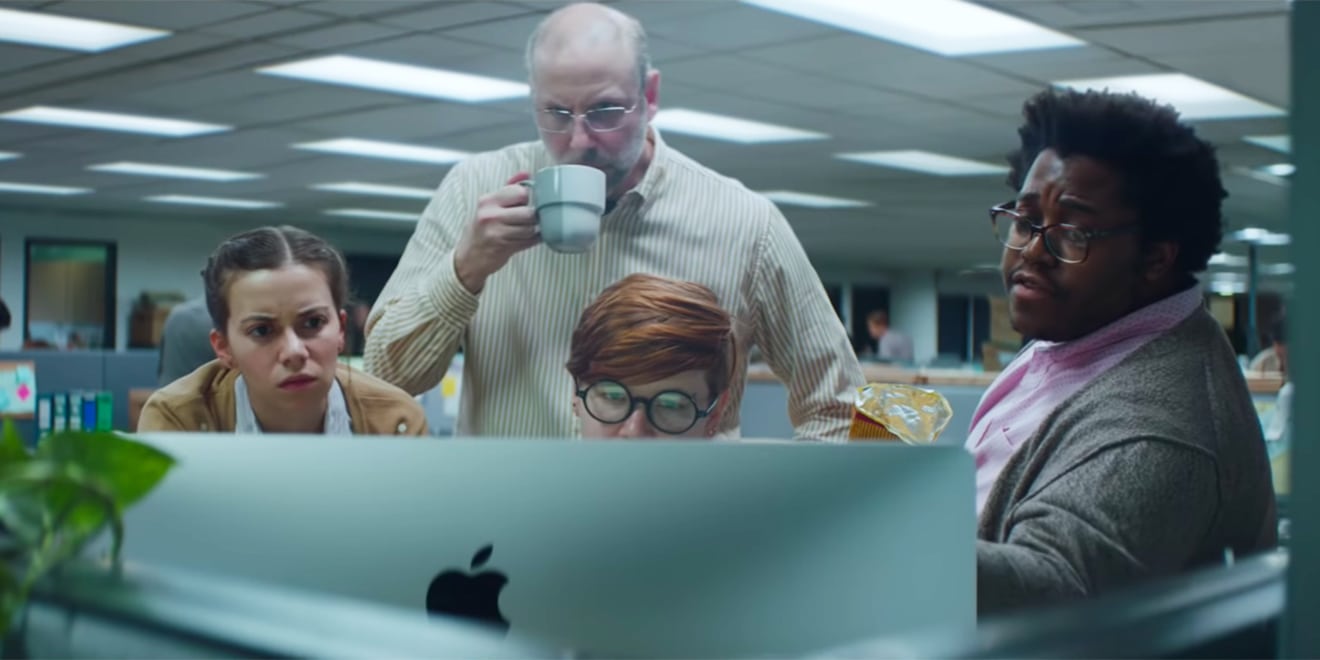 Can the team pull off its big pitch? Can the designer survive three teammates micromanaging over her shoulder?
Apple
Share
By David Griner
|
April 3, 2019
Share

Apple’s marketing often feels a bit too cool for school, conveying an effortless sense of style and on-trend fashion. But the brand also has long had a soft spot for outcasts and underdogs, dating back to 1997’s “Here’s to the Crazy Ones” ad and defining the heart of more recent spots like 2013’s “Misunderstood.”

In its newest spot, touting the workplace usefulness of Apple’s wide range of devices and softwares, the brand introduces a team of lovably schlubby office drones who suddenly find themselves in a position to pitch a big new idea to head honcho Vivienne.

What ensues is a madcap dash for a prototype and presentation that’s reminiscent of most episodes of HBO’s Silicon Valley, though perhaps this time with a few less penis jokes.

The ad was produced by Smuggler and directed by Mark Molloy, who helmed Tile’s “Lost Panda” and Sheraton’s “The Deep,” both in 2017.

What superfans (or at least employees) of Apple will find particularly amusing is that the prototype the team is working so hard to invent—the circular pizza box—is actually already patented and in use. By Apple. It’s the box used by the company’s Caffè Macs cafeterias.

In fact, one of the boxes was even signed by the cafeteria staff and left at a memorial for Steve Jobs when he died in 2011:

@mantia @panzer the Caffè Macs pizza box is nice and when Steve Jobs died was signed by many Apple Food's employees pic.twitter.com/wG5A63C3xc