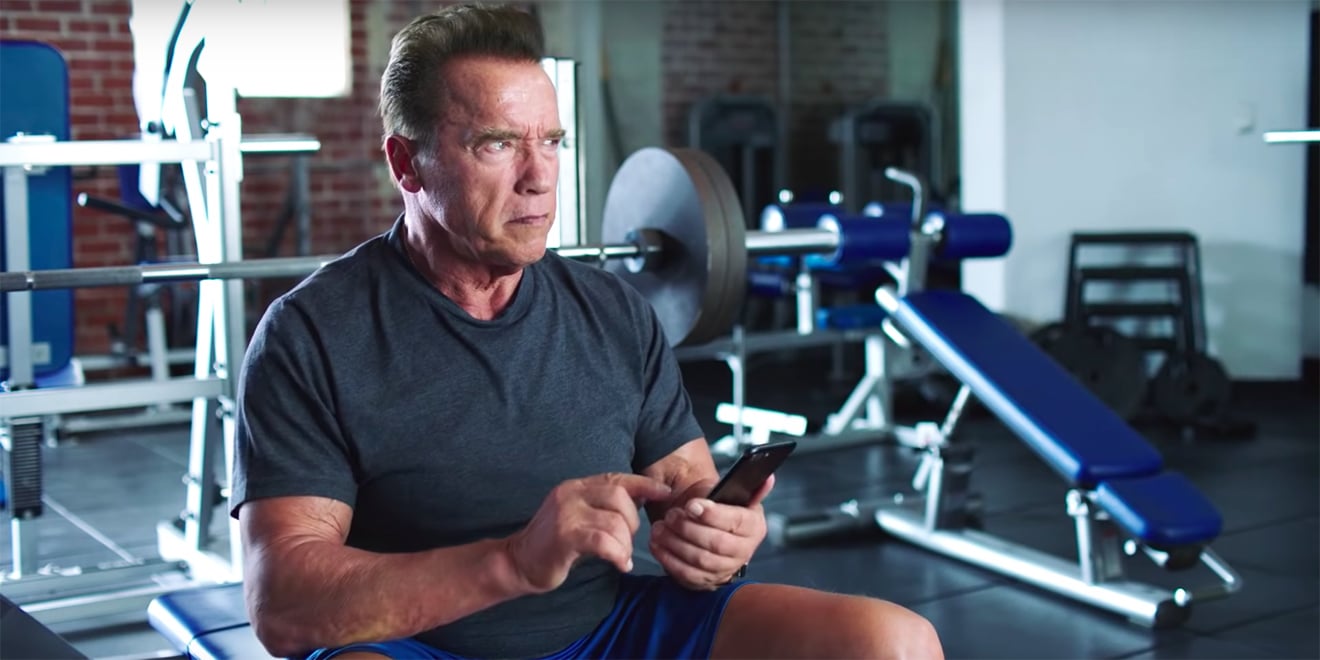 Arnold Schwarzenegger is about to terminate an annoying gym bro...with his jams. - Credit by Ladder

If you don’t know that Ladder was founded by an eclectic group of A-listers—Arnold Schwarzenegger, LeBron James, Cindy Crawford and Lindsey Vonn—you might wonder how a supplement startup could afford the kind of ad it just dropped.

But obviously it’s a challenger brand with star power to spare, so it’s not all that surprising that one of the company’s first ads would feature Schwarzenegger and James in an odd and somewhat nonsensical playlist battle at the gym.

The ad opens on a truly (and intentionally) annoying gym bro loudly describing his life-changing experience at Coachella, when Schwarzenegger decides to mute him with some music. Soon, King James gets involved, with some motivational backup from DJ Khaled.

The spot might not be the most towering feat of creativity you’ll see this week, but it’s effective in leveraging the massive cachet of the celebs behind the brand—and helps it stand out in a crowded field of protein providers.

The ad also gives us a sense of what to expect from Ladder, which launched in November 2018 as a subscription-focused supplements brand with its star owners front and center. Pushing back from some of the long-running hype around supplements, the company has geared much of its early marketing to the message that “there is no magic pill” and that its products only work for those willing to put in the physical effort as well.

Here’s a look back at the ads, created by Human Design, that rolled out late last year introducing the brand from the perspective of its four founders: