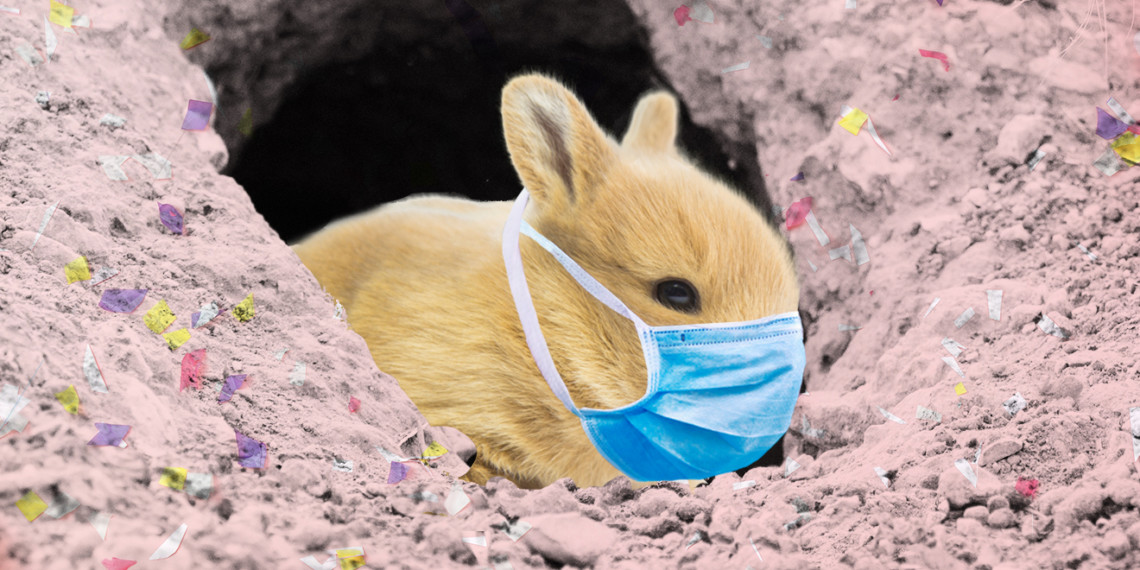 Brands that have become synonymous with Easter are adjusting to the reality of a public sheltered in place. Photo Illustration: Dianna McDougall; Sources: Getty Images

For the first time since 1952, there will be no Easter egg roll at the White House. In the U.K., the nation’s annual Cadbury-sponsored Easter egg hunts are no longer happening, and the company is looking to donate its unhidden, unfound chocolate eggs to charity. The Vatican is closed. So are churches for the most part. In a prophetic twist, British rock band The Darkness canceled their upcoming North American tour to promote their latest studio album. Its title: “Easter Is Cancelled.”

As the coronavirus continues to spread throughout Europe and the United States, it’s hard to feel festive. For those partaking in the season’s festivities, this Easter will largely be confined to kitchen tables and streaming services, sharing Zoom links with grandparents, aunts and cousins. If the Easter Bunny happens to show up, he damn well better be wearing a mask. 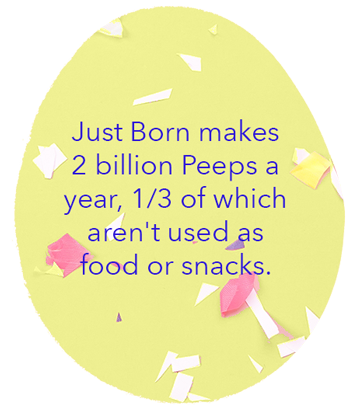 Although Easter this year will be anything but typical, brands that have become synonymous with the holiday are still hoping for big returns by leaning into tradition while adjusting to the reality of a public sheltered in place.

Widespread shutdowns and a halted economy have already hurt many businesses, and the loss of Easter will only do more damage to future income statements. Prior to Easter in 2019, the National Retail Federation estimated that nearly four in five U.S. adults planned to celebrate the holiday and spend a combined $18.1 billion on food, gifts, flowers, decorations and other related items. As of publication, the NRF had published only limited results from its Easter 2020 consumer survey, indicating that the data would not accurately reflect what’s likely to happen given the “rapidly evolving nature of the coronavirus pandemic and its impact on consumers.”

For makers of chocolate and candy, Easter is particularly important. According to the National Confectioners Association, whose members include Hershey’s, Mars and Mondelez International, the six weeks leading up to Easter 2019 coincided with $1.6 billion in sales of seasonal items—meaning products tied to a specific time of year by color, shape, packaging or flavor (Easter examples include items in the shape of eggs or rabbits; images of baby chicks or flowers; and lots of pastel colors). That’s more than the weeks leading up to Valentine’s Day ($721 million), Halloween ($749 million) and the winter holidays ($1.2 billion).

When tallying total sales of chocolate, candy, gum and mints, the 2019 Easter season generated $3.5 billion, compared to Valentine’s Day, which accounted for $3.5 billion, Halloween ($4.6 billion) and the winter holidays ($4.5 billion). Over 60% of annual confectionery sales occur during these four seasons.

Alex Corcoran, Hershey’s senior director of seasons, believes that while this Easter might look and feel different due to social distancing and people being confined to their homes, families will still celebrate, “making new memories and traditions through their experiences,” he said.

In times of trouble, people look for safety and reassurance in things they recognize and understand—images, tastes and sounds from their childhood, perhaps. Some brands appear to be employing this as a strategy. But while looking back, they also have to steadfastly remain up to date with the quickly changing landscape.

In a nod to the familiar, Hershey’s-owned Reese’s is currently running its commercial featuring a chocolate rabbit and jar of peanut butter coming together to produce Reese’s Peanut Butter Eggs set to Marvin Gaye’s “Let’s Get It On,” a spot that has been around for years.

Likewise, Hershey’s Cadbury has been running its famous clucking bunny, which has become as close to an official mascot as a brand could hope, on TV and online.

“Our teams take great pride and care to ensure we are bringing the simple joys and level of normalcy to the season,” Corcoran said.

He added that the company’s brand marketers are working on creative to ensure they are connecting with consumers during these strange times. To that end, Cadbury has released a new social spot asking if viewers are “bouncing off the walls” yet. On Instagram, Reese’s asked if people have “finished the internet?”

In the U.K., Cadbury has been tweeting out a series of “inventive ways” to hide its chocolate eggs in and around the house, noting that it “might not be Easter as we know it” and using the hashtag #StayHome.

Television spots have also had to evolve. In March, Cadbury U.K. decided to yank its Easter television commercial showing a grandfather hugging his grandchildren during an Easter egg hunt.

“Our television advert was intended to invoke generosity and happiness in the run-up to Easter,” the company said in a statement. “However, due to current government guidance on social distancing, we recognize it is no longer appropriate to encourage close physical contact amongst older and younger generations.”

Jelly Belly had a similar problem. The jelly bean brand—which makes 100 flavors including cappuccino, mango chili and toothpaste—was set to launch its “Better Shared” campaign on linear TV and social in the lead-up to Easter. For obvious reasons, including federal guidelines to maintain at least six feet of social distance at all times, a campaign centered around sharing candy no longer made sense.

Fortunately, the brand told Adweek, it was able to recall roughly “99.8%” of the campaign before it launched. On social channels, the brand made a slight tweak to the original campaign and now uses the tagline “You can still share a smile.” Of course, the money and time invested in the campaign is still a lost cost for the company. 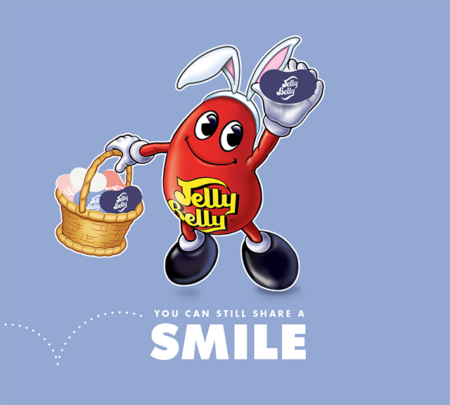 “We did pivot a little bit. … We wanted to recognize that we were supporting [customers] during their social distancing and recognizing that Easter might look a little different this year,” said Rob Swaigen, vp of global marketing at Jelly Belly.

For other brands, it’s not so much the messaging of a campaign but the complications of a new world. Paas, the 140-year-old egg dye brand synonymous with pastel eggshells and stained fingers, didn’t anticipate an egg shortage as concerned shoppers started hoarding groceries and kitchen staples. Earlier this week, The Wall Street Journal reported that wholesale egg prices have more than tripled. 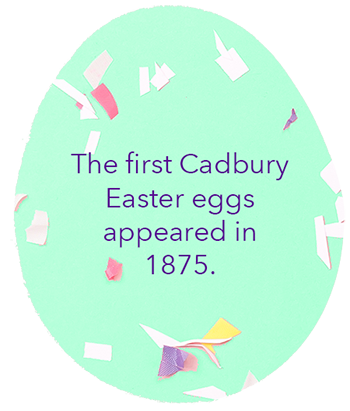 “It’s so hard to find eggs and a lot of people don’t want to waste any food at this point, but there are a lot of alternatives to keep the tradition alive,” said Patsy Fox, CMO of Signature Brands, Paas’ parent company.

Those alternatives? Marshmallows and pingpong balls, which apparently dye as well as their poultry-produced counterparts. The “egg-turnatives” have been included in the brand’s current Easter campaign, “Hit the PAAS Button.”

Signature Brands didn’t have to shift resources or scrap the campaign, which is appearing across social channels like Pinterest and Facebook, but it has paid extra attention to its own messaging.

“We’re re-reviewing all of our copy, our images, to make sure we’re sensitive to what’s happening right now,” said Fox.

As the first major shopping event of the coronavirus era in the U.S., how consumers approach Easter will have lasting effects.

Easter is Hershey’s second biggest season, according to the company, behind only Halloween. Reese’s and Cadbury are the holiday’s No. 1 and No. 2 best-selling brands, respectively, capturing more than 25% of total revenue for the entire category. 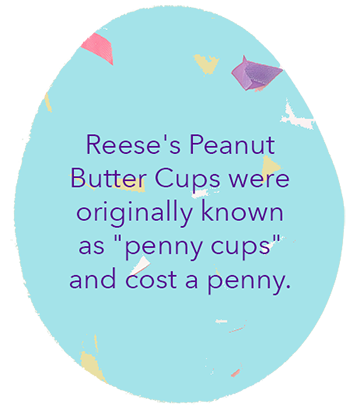 This year, Reese’s and Cadbury increased their Easter-themed items and introduced two new Reese’s products: Reese’s Shake and Break Eggs filled with Reese’s Pieces, and Reese’s foil-wrapped bunnies. Easter involves some of the company’s most sought-after seasonal items, including Reese’s Eggs, Cadbury Creme Eggs and Cadbury Mini Eggs, which are only available during the Easter season. (Mondelez International owns the Cadbury brand, but Hershey’s has a license to manufacture Cadbury chocolate in the U.S.)

In a research note dated March 18, analysts at J.P. Morgan lowered their sales estimates for Hershey’s, arguing that a poor Easter performance along with fewer people visiting convenience stores would undermine earnings.

Still, the present moment hasn’t been entirely dire, especially for CPG manufacturers benefiting from a surge in sales.

“We’ve seen a lot of consumers stocking up on essentials, particularly brands that they know and love and trust,” said Erin Lash, a director at investment research firm Morningstar.

The drive for comfort food with a long shelf life during these unsettling and uncertain times could offset any sales declines caused by an ersatz Easter, according to Lash.

At the same time, Lash warned that the current pace at which people are loading up their pantries is unlikely to continue. Earlier this month on an earnings call with analysts, Walgreens revealed that after experiencing strong sales throughout the first three weeks of March, it is now seeing a decline, particularly in areas under quarantine. 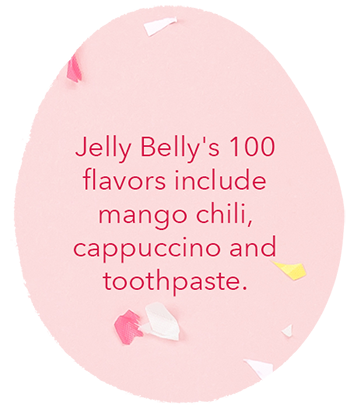 To Matt Pye, senior vice president of sales and marketing at Just Born, which manufactures the sugar-crusted marshmallow chicks and bunnies known as Peeps, it’s not so much the disease that’s disrupted this year’s Easter festivities, but that the holiday arrived too soon.

“Even before COVID-19, every Easter we have to look at when the date falls. I wish it was a holiday that just stayed put,” said Pye, noting that this year there were nine fewer days between Valentine’s Day and the Easter holiday. “We were banking on Easter being flat for us, with our growth from launching new items. Everything we’ve seen, at least through last week, is that sales are a little slow but the last two weeks [leading up to Easter] are the most critical.”

With Peeps’ vibrant yellow and pink chicks as a mainstay, the confectionary brand has branched out into offering marshmallow jack-o’-lanterns at Halloween and hearts for Valentine’s Day. Still, 70% of the brand’s sales come during the Easter holiday, and the brand had slated this season as an opportunity to market its new items including the Wonkaesque chocolate pudding Peep and a root beer float flavor.

Now, with more than three-quarters of the country stuck at home, Peeps has shifted its marketing to a more back-to-basics approach, promoting Peeps-centric recipes and arts and crafts activities. 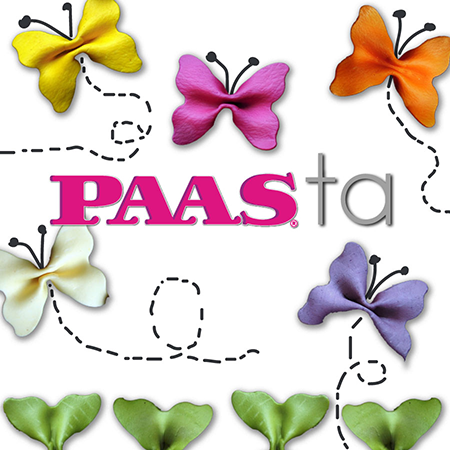 “One-third of our consumers are using [Peeps] in other ways than its intended purpose,” Pye said. “All of a sudden, these activities become more important for families as they’re hunkered down and looking for things for their kids.”

“If they want to continue to celebrate Easter, we’re there to help,” he said.

@hiebertpaul paul.hiebert@adweek.com Paul Hiebert is a CPG reporter at Adweek, where he focuses on data-driven stories that help illustrate changes in consumer behavior and sentiment.
@RyanBarwick ryan.barwick@adweek.com Ryan is a brand reporter covering travel, mobility and sports marketing.