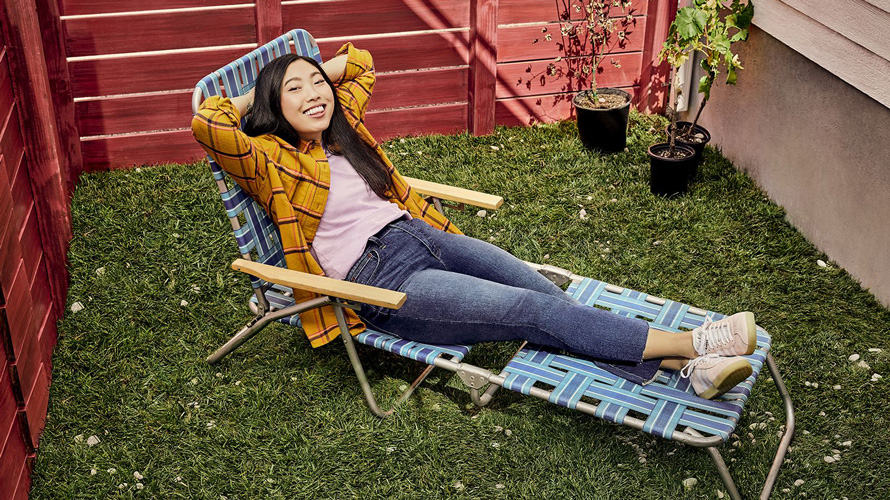 Awkwafina is the creator and star of Awkwafina Is Nora From Queens, which premieres Jan. 22 on Comedy Central. Danielle Levitt/Comedy Central

Commuters on New York’s 7 subway line this morning were treated to some amusing train announcements from a voice that sounded eerily similar to Awkwafina—because it was.

To promote the comedian and actress’s upcoming Comedy Central series, Awkwafina Is Nora From Queens, the ViacomCBS-owned network has partnered with MTA New York City Transit to have Awkwafina take over as the 7 train’s guest announcer. Through Jan. 22, riders on the 7, which runs from Flushing, Queens to Hudson Yards in Manhattan, can listen to Awkwafina announce facts about each stop.

The messages from Awkwafina, a Queens native whose real name is Nora Lum, include: “This is 5th Avenue/Bryant Park. The New York Public Library is here, if you like books,” and “This is 33rd Street. In other news, 33 is a palindrome. Wait. Can numbers be palindromes?” In another announcement, she tells commuters to stop manspreading.

Josh Line, evp of marketing, creative and digital studios for Comedy Central, said the network already has a good working relationship with the MTA through traditional out-of-home advertising, but it wanted to develop an unexpected concept to promote the new series.

“We’re always looking for innovative and new ways to connect with our audience and get people talking,” Line said. “This felt like a perfect fit because Queens is a central character in the show. We wanted to celebrate that in a promotional campaign.”

Comedy Central worked with MTA’s advertising partner OutFront Media and location-based marketing agency Posterscope for the campaign. Awkwafina is the first celebrity train announcer for what MTA is calling a pilot program, which means there could be more in the future.

“New York City Transit is excited to be piloting celebrity train announcements with Comedy Central and Awkwafina. We are exploring new and different ways to generate much needed revenue, while also surprising and delighting customers,” said Sarah Meyer, chief customer officer at MTA New York City Transit, in a statement. “Our focus will always be to run the trains safely and on time, and if a well-known voice can bring attention to in-car messaging, we are all for it.”

Awkwafina announces each station arrival and other prompts across the 7 train's 22 stops.
OutFront Media

Line said the network will be gauging reactions and buzz on social media to measure the success of the weeklong promotion.

The year is off to an exciting start for the Ocean’s 8 actress, who initially gained Internet fame as a rapper and YouTube personality. At the Golden Globes earlier this month, she became the first Asian-American to win a best actress in a film trophy for her role in The Farewell.