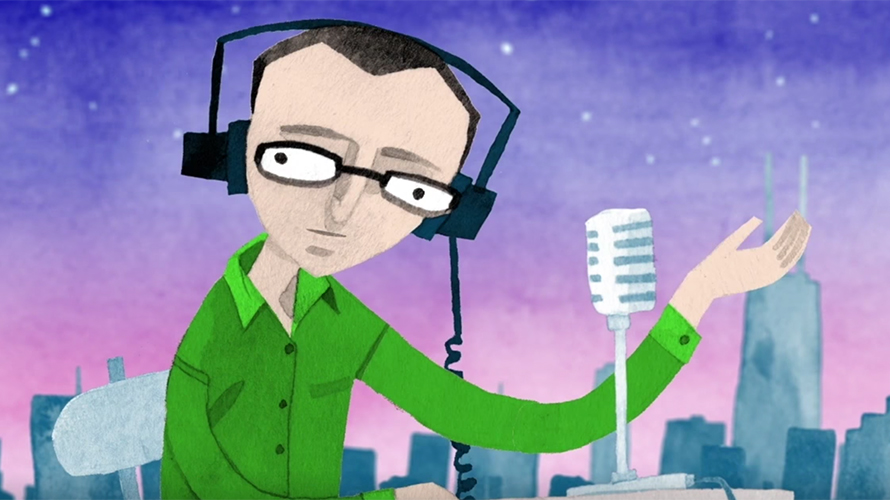 Voice of the Chicago White Sox, Jason Benetti, is the narrator. - Credit by Cerebral Palsy Foundation

There is no manual for how to live, and there are some awkward situations in life for which absolutely nothing could prepare you. An animated digital ad campaign from the Cerebral Palsy Foundation is drawing attention to the awkwardness sometimes surrounding disability with its “Awkward Moments” campaign.

The social media campaign is a collaboration between Jason Benetti (the voice of the Chicago White Sox), Cerebral Palsy Foundation CEO Richard Ellenson, producer Adam Quinn and animator Peaches Goodrich. Benetti, who himself has cerebral palsy, narrates the playful spots that allow people to giggle along while also reflecting on their own level of awareness.

“We’re asking people to do something difficult, to see something in themselves that needs to change,” said Ellenson. “We’re allowing people to acknowledge awkwardness and start a conversation.”

“It’s a conversation smoother so instead of being self-loathing or defensive, people can say, ‘Oh I did that thing, I shouldn’t do that anymore,” said Benetti.

In the ads, which will be released on the Foundation’s social media channels once a month, Benetti gives a literal play-by-play of some common, real-life engagements around disability, while lacing in a message about how to better handle them. The first spot aired on May 17 in conjunction with Global Accessibility Awareness Day.

“Our brains organize people as we see them walking or rolling through society and there’s no fault there,” said Benetti. “This is about allowing people to acknowledge that and see that disability is not about that awkwardness, it’s just about people.”

“Awkward Moments” was born out of the success of the “Just Say Hi” campaign, also a collaboration between Benetti and the Foundation. Some of the Foundation’s past shorts have reached over 70 million views, according to a statement.

“People are already reacting and waiting to share their awkward moments,” said Ellenson.