‘B’ Is for Brilliant: How IHOP’s Stunt Success Started With a Better Burger

The impressions were huge, but the product needed to improve first 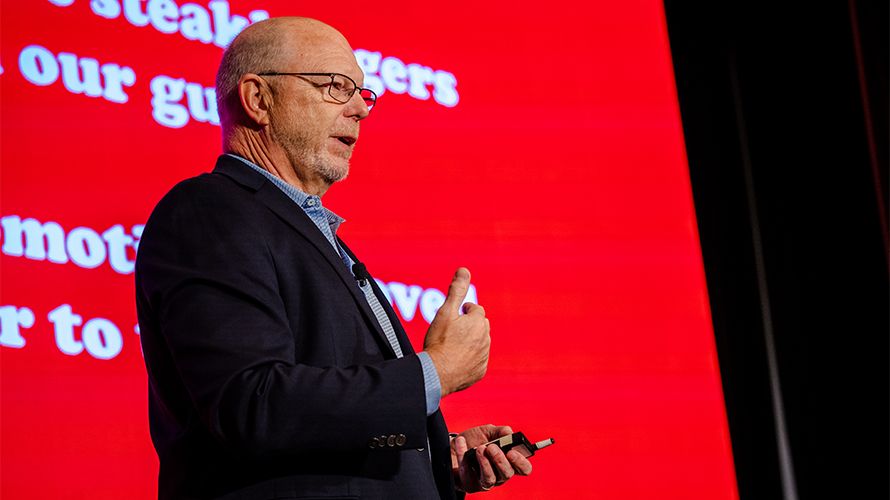 On stage at Brandweek: Challenger Brands in New York, IHOP CMO Brad Haley laid out what it took to reach a sort of brand promised land.
Share
By Doug Zanger
|
February 7, 2019
Share

The numbers for IHOP’s wildly successful IHOb campaign—touting its burgers by temporarily changing its brand name—are undeniable. 42.6 billion impressions, 1.2 million tweets in the first 10 days of the campaign and over 27,000 earned media articles remain eye-watering.

It’s one thing to read the coverage, but it’s quite another to actually hear from the brand’s CMO to fully understand how big of a deal this actually is for IHOP. What gets lost on the page is the passion, decision-making and risk that went into a campaign that was, at times by the trade press, derided as a yet another brand stunt.

On stage at Brandweek: Challenger Brands in New York, IHOP CMO Brad Haley laid out what it took to reach a sort of brand promised land. While most of us were fixated on the end result, there was something far more critical at play from the very beginning.

First off, IHOP—famous, of course, for pancakes and breakfast—found that they were lagging in their afternoon daypart. In that white space, Haley and his team felt that the brand’s burgers (which have been served for over 60 years) could occupy that crucial time of the day. But, for it to be successful, the burgers needed their own facelift in a highly competitive category.

“We knew that there was a big credibility gap for this pancake and burger place to come up with a good burger,” said Haley.

Turning to customer feedback and insight, IHOP landed on a burger with all-natural, 100% Angus beef, sprinkled with a proprietary seasoning, all put on a grilled and buttered brioche bun topped with a special sauce.”

Pulling from the marketing playbook, Haley and the brand needed to prime the pump with a compelling offer—in this case, burgers were sold at $6.99 with unlimited fries and drinks, a highly competitive proposition compared to other similar chains like Red Robin.

“So we knew we had a great burger. We knew we had an offer in place that wouldn’t remove the barrier to trial for people,” he said. “At least it would significantly reduce [the barrier]—but we still had to figure out how to make the world consider a burger from a pancake house.”

This is where Droga5 and Initiative came in.

Perhaps surprisingly (but it makes sense now), the strategy was simple: show people that IHOP took their burgers just as seriously as they took pancakes. But the brand and agencies needed to be smart about it because, as Haley put it “we knew that we couldn’t outspend America’s burger royalty. So we had to outsmart them.”

The first 24 hours of the campaign were a whirlwind. News and the late night talk show circuit grabbed on to both the teaser and reveal—and the internet (including one its most influential denizens, Chrissy Teigen) lost their collective minds. It was an impression and exposure dream that came true.

But, according to Haley, it was crucial that the name change made it into the real world as well. That’s why it physically changed the logo on one of its most highly trafficked stores on Sunset Boulevard in Hollywood, which added more photographic fuel to the social media onslaught. While some of the traffic came from influencers at the unveiling in Los Angeles, the vast majority of the conversation was organic.

After the first few weeks of the campaign, the brand clocked in with an estimated $113 million in earned media, which, according to Haley, was about 150 percent of the brand’s paid media budget. Brand health ratings spiked and have remained strong. But most importantly, the brand’s burger business has maintained its 100 percent growth from before the campaign launch.