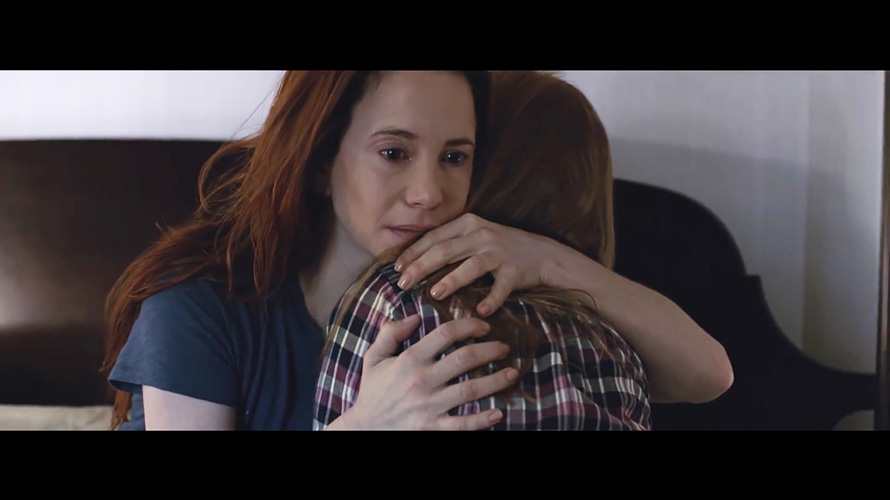 One of the saddest aspects of Alzheimer’s disease is the toll it takes on daughters and sons as they care for their parents while seeing their mental faculties deteriorate.

BBDO New York focuses on that aspect of the neurological disease in “Daughter and Mother,” a bracing new spot for Cure Alzheimer’s Fund.

It’s the first PSA for the nonprofit organization, which was launched around 15 years ago with a focus on funding research not easily paid for by other methods.

“Daughters and Mothers” opens on a young girl reassuring her mother after she wakes up from a bad dream, the first of progressively disheartening responsibilities for the child. The girl then retrieves her mother’s keys from the refrigerator, brings her a meal while she watches TV and stops her from going outside in the freezing cold without a coat.

The spot concludes with the girl finding her mom aimlessly wandering the streets, almost hit by an oncoming car. As the daughter retrieves the mother from the middle of the street, they suddenly morph into a middle-aged woman and her elderly mother—the previous scenes turning out to have been metaphorical.

“You wouldn’t put your daughter through this when she’s young. Let’s make sure it doesn’t happen when she’s older,” the spot concludes, directing viewers to Cure Alzheimer’s Fund.

The spot’s insight stems from research about the contemporary understanding of Alzheimer’s, as well as people’s feelings around the disease, made all the more heartbreaking by the daughter’s depiction.

“Many people are very concerned because it does take up to 20 years to incubate before the first symptoms appear, and then it can last for up to 20. People are concerned not only for themselves, but for their children, and that is something that really resonates,” Cure Alzheimer’s Fund senior engagement officer of marketing and communications Barbara Chambers told Adweek. She added that “not only do women get Alzheimer’s at twice the rate of men, they also carry the burden, for the most part … they’re the primary caregivers … which means that there’s a financial impact.”

“What happens is they get it and then their children are in their 40s, and it’s usually the daughters who take the brunt of taking care of the mom,” BBDO global chief creative officer David Lubars said. “So a woman in her 40s not only has to take care of the mom but has her own children.”

“No parent ever wants to be a burden to their children, and so when you become a burden to your children and you have Alzheimer’s, you don’t know it anymore,” Lubars added. “We depicted it where ‘You’d never be that when you’re aware, so when you’re not aware, don’t be that either, so please help us find this cure so that doesn’t happen.’ The idea came right out of those insights.”

Chambers recognized Lubars’ name from her long background in marketing and asked if BBDO would be interested in working on a PSA campaign. “Sometimes you just have to consider the opportunities put in front of you,” Chambers said.

The official partnership began around December 2016. Cure Alzheimer’s Fund was impressed with BBDO New York’s emotional “Evan” spot for Sandy Hook Promise. After viewing that PSA, Chambers said, “there was no doubt at that point that David and his team were the right match to tell an emotional story about this disease.”

BBDO came back with a creative concept a month or two later, and they decided to move forward.

“The organization was growing and wanted to find a way to reach out to different audiences and, frankly, grow the donor base so that we can grow the amount of research dollars that are available,” Chambers added. “It gives us an opportunity to share a different side of the story with potentially a new audience.”

While it’s the organization’s first PSA, “Daughter and Mother” might signal the start of a longer relationship with BBDO.

Asked whether BBDO would continue to work with Cure Alzheimer’s Fund, Lubars said, “We’ll do whatever we can to help them. They do important work.”