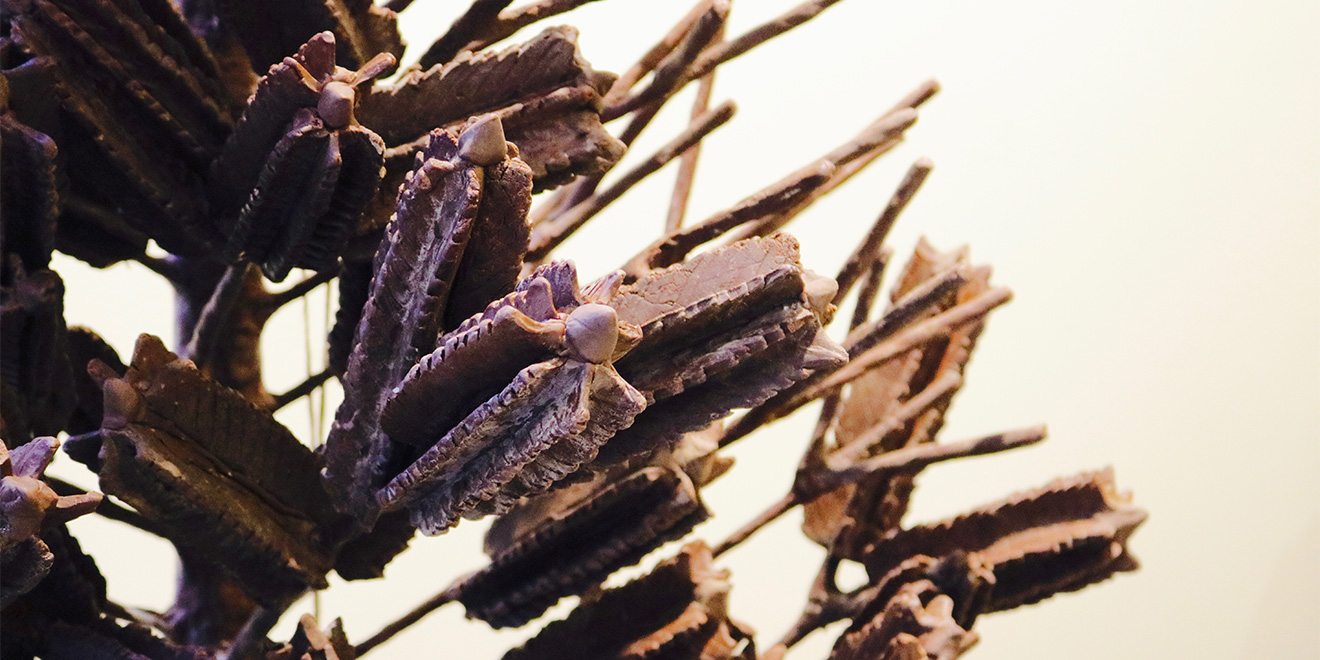 Godiva is going all-out for the holidays. - Credit by Raquel Beauchamp for Adweek

Though he studied in Antwerp under master chocolatier René Goossens, ran his own chocolate shop in Chicago, and has created some of the most acclaimed caramels and truffles this side of the Atlantic, few things in Chef Thierry Muret’s long career quite prepared him for the scene at the Godiva store on West 50th Street in Manhattan earlier this week.

“This is the first ever tree—and this showpiece is huge,” Muret said. “So it’s natural to have anxiety right now.”

The object of Muret’s anxiety was standing off in the corner by the front window: A Christmas tree some seven feet tall, made entirely of chocolate and notably unfinished. As Muret, a towering authority in his chef’s whites, looked around the tiny store, assistants buzzed around the sparse-looking tree, unspooling its protective cellophane cover while gathering together the innumerable other chocolate components that will hopefully complete one of the more ambitious marketing gambits of the 2017 holiday season.

A sculpted ice skater and the god Prometheus, just before installation in the window
Raquel Beauchamp

Taking its inspiration from the famous Rockefeller Center Christmas tree—the 75-foot Norway Spruce that’s standing about 300 feet east of the chocolate shop’s front doors—Godiva brass decided to build their own version, constructed from the company’s namesake product of sugar and cocoa butter. Though the chocolate tree is obviously much smaller, it seems like just as much of a challenge to erect. The Rockefeller Center tree will be lit tonight—an event that draws thousands of people—and Godiva has scheduled its own tree lighting to coincide. And so, the clock is running.

The holidays, especially in New York, have always been an occasion when companies go to extremes to create spectacles. Retailers including Bergdorf Goodman, Tiffany & Co., Macy’s and Saks spend untold fortunes on elaborate store windows. In Bryant Park, Bank of America creates a Santa’s shopping village so elaborate it boasts a skating rink with its own observation deck. Unicef hangs a 3,300-lb. snowflake over 57th Street. And of course there’s the Rockefeller Center tree, which is not branded marketing as such, though it does draw some 125 million people each holiday season. That figure breaks down to roughly half a million onlookers daily—visitors in a spending mood who stroll past and into the 100 or so stores in the historic complex.

Savory details like this were not lost on Godiva. “Our flagship Godiva Chocolatier store is just one block away from the iconic Rockefeller Center tree,” said the brand’s managing director Sharon Leite. “Therefore, creating a life-size Godiva chocolate tree is a great way to kick off the holiday season.” More specifically, Godiva thought it was a great way to spotlight its new Holiday Petit Four Collection—bite-sized chocolates that will become decorations in the display (1,500 of them, by final count.) 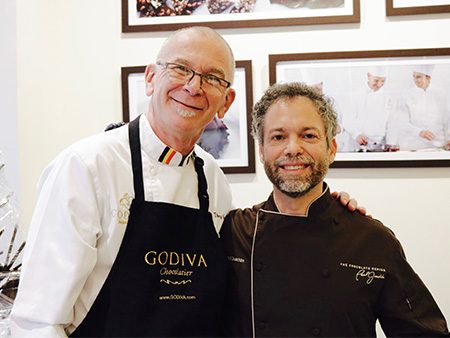 But envisioning a Christmas tree made of chocolate and actually creating one are hardly the same thing. This is why, a few weeks ago, the phone rang in the studio of The Chocolate Genius.

His real name is Paul Joachim, and he’s believed to be the world’s only chocolate speed sculptor. Joachim rose to prominence on the Food Network and other cable channels, creating life-sized statues of the likes of Marilyn Monroe and LeBron James using nothing but cake and chocolate. When Godiva called, Joachim took the job without hesitation.

“It’s an honor to work for Godiva,” he said. “Who wouldn’t want to do a tree for Godiva and for Rockefeller Center?”

Well, actually, plenty of people. Making art out of chocolate is harder than it sounds (this installation has over 3,000 pieces), and a spruce isn’t the easiest object to model. After taking delivery of roughly 500 pounds of Godiva sculpting chocolate in his studio in Oviedo, Fla., Joachim began making molds from spruce branches—a multistep process that begins with fired clay and ends with food-grade silicon into which the melted chocolate can be poured.

“It was two solid weeks of work,” Joachim said, “[and] pretty much six people full-time for a week. There was a ton of preparing and planning.”

Once he’d cast the branches, Joachim hired a mover and trucked all the pieces up to New York. But more challenges awaited. As Chef Muret explains, about half of chocolate is made up of fat, which expands and contracts according to temperature and other conditions—factors that limit the vertical size of any sculpted creation. This is why the Godiva team constructed a metal frame for the tree. “If you don’t support it with an aluminum structure,” he said, “it will collapse.” 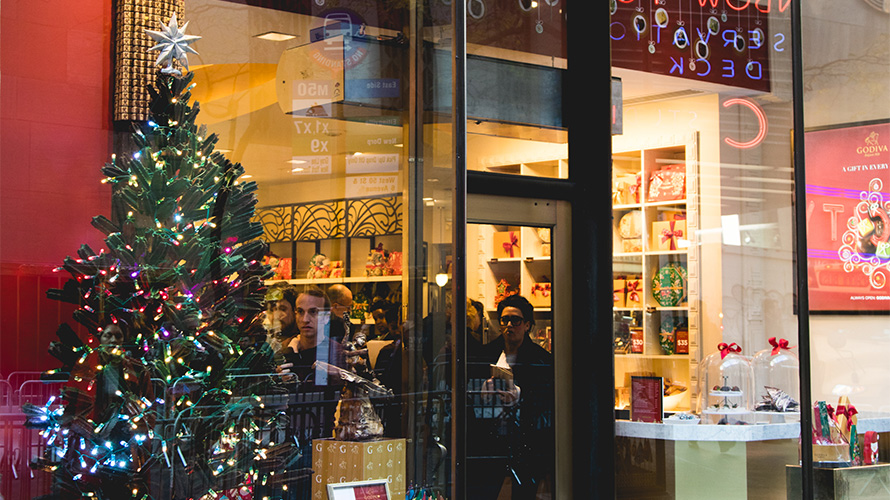 The finished tree in the Godiva store window, unveiled earlier today
Godiva
There’s more. To add to the realism of their tree, Thierry and Joachim decided to sculpt part of Rockefeller Center—including the 30 Rockefeller Center skyscraper and the skating rink’s Prometheus statue—to serve as a backdrop. (The marketing people are already referring to the entire display as “Chocofeller Center.”)

As of Monday afternoon, these pieces were lying around the store, waiting for chef and sculptor to assemble them in the front window. Once that’s done, Chef Thierry will begin attaching the 1,500 petit fours to the façade of the building, greening the tree (applying a layer of buttercream with green food coloring), and then stringing the branches with lights. To optimize the marketing bang, Godiva is inviting the public to tweet them (@GodivaTree) for a chance to control the LEDs via Twitter.

Godiva needs to finish creating the tree first, of course, so a visiting reporter lets Joachim get back to his work. All this chocolate lying around does beg a question, though: After nearly a decade of working in chocolate, is he sick of the stuff?

Not a chance. “I’m a huge chocoholic,” he said. “I eat chocolate every single day.”