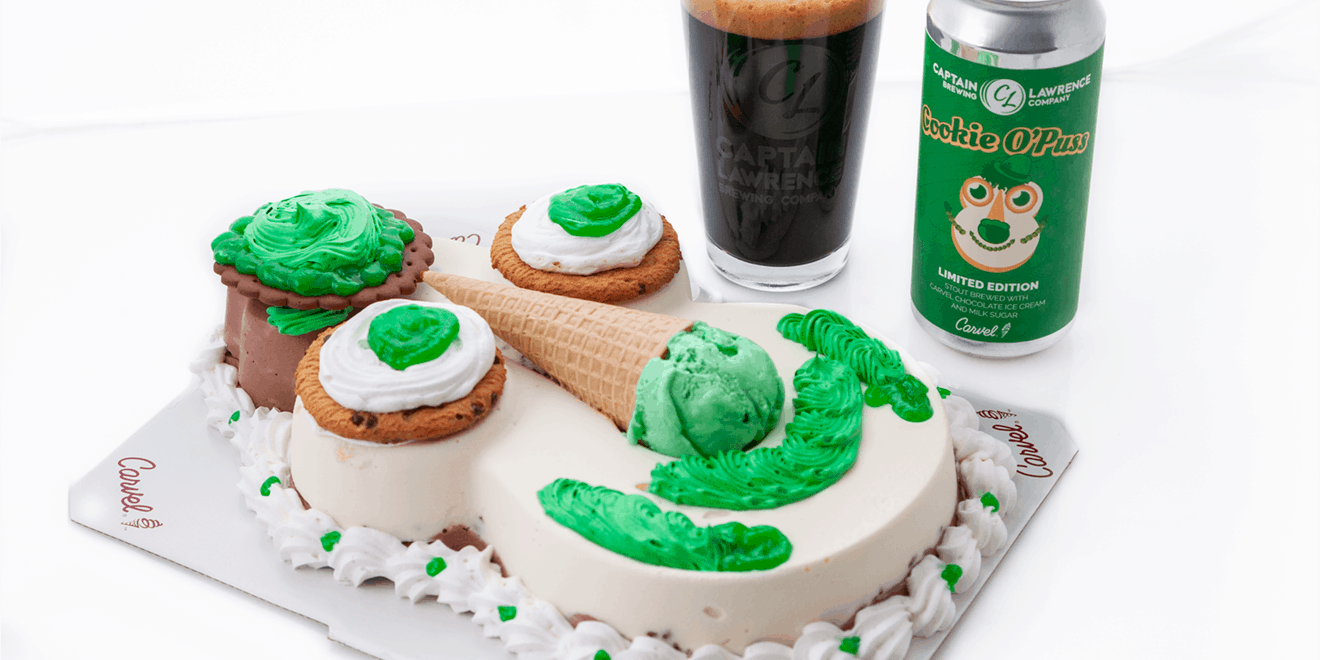 Last year, Carvel teamed up with Captain Lawrence Brewing to create a Fudgie the Whale-inspired beer that completely sold out. Based off that success, Carvel again teamed up with the brewery to create a pair of Cookie Puss beers: a Cookie O’Puss Pastry Stout for St. Patrick’s Day and a Cookie Puss Milkshake IPA to celebrate Carvel’s 85th birthday.

For those under 40, Carvel’s Fudgie the Whale spokesanimal was born in the fudge sea, while Cookie Puss is an alien from Planet Birthday with an ice cream cone nose and cookie eyes. If you think the description of the latter sounds disturbing, you would be correct. 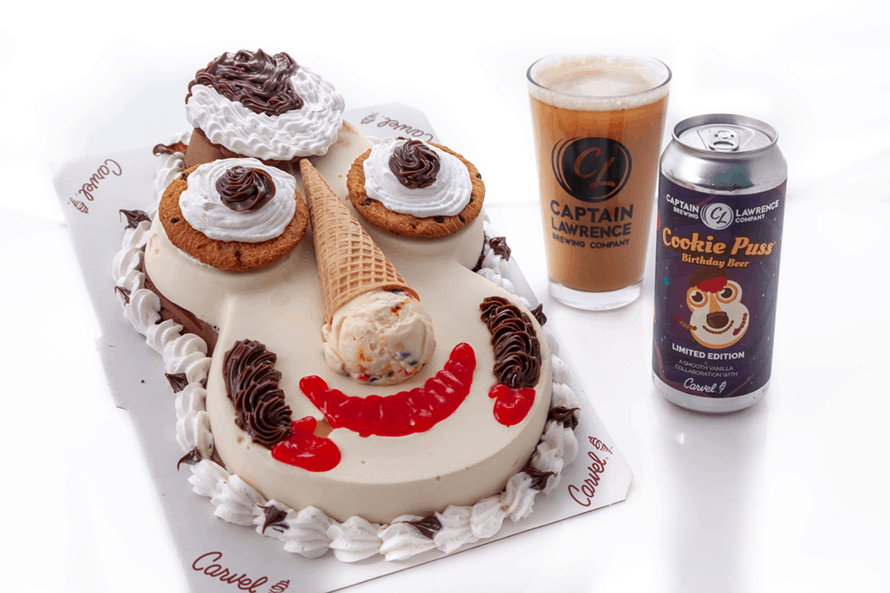 But back to the beer. Available Feb. 26, the Cookie Puss Milkshake IPA is brewed with Carvel’s vanilla ice cream. The Cookie O’Puss Pastry Stout is brewed with Carvel’s chocolate crunchies and has, according to the brand “heavy notes of cacao and roasted undertones.” While pre-orders for Cookie O’Puss sold out, Cookie Puss Milkshake IPA can still be pre-ordered and picked up locally at the brewery about 40 minutes north of Manhattan in Elmsford, N.Y.

“What’s unique with this beer release is that it’s not just one, but two festive beers,” said Scott Colwell, President of Carvel Ice Cream. “Similar to Fudgie, Cookie Puss and Cookie O’Puss are iconic Carvel—they’ve been around since the late 1970s and are two wonderfully charming (and delicious!) ice cream cakes. Pair the pure nostalgia that comes with anything ice cream cake-related with a highly regarded craft brewer—what’s better?” 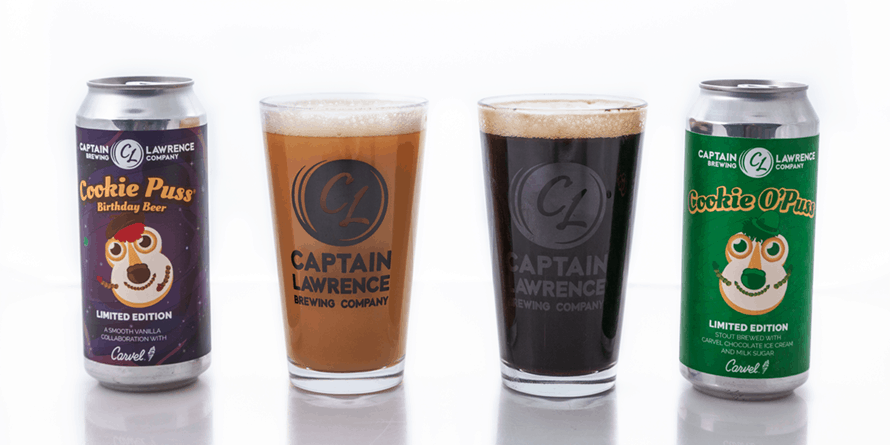 We could probably think of several things that are better but let’s give everyone the benefit of the doubt here.

Cookie Puss Milkshake IPA will only be available in New York State due to the closure of the TTB (alcohol and tobacco tax and trade bureau), during the government shutdown. It will be widely distributed later this year to coincide with Carvel’s birthday.

So we now have two beers, er, celebrating Carvel mascots on top of other brands experimenting with very sweet and eclectic ingredients. The question now: will 2020 bring a specialty brew for Carvel’s other spokescharacter, Hug Me the Bear? 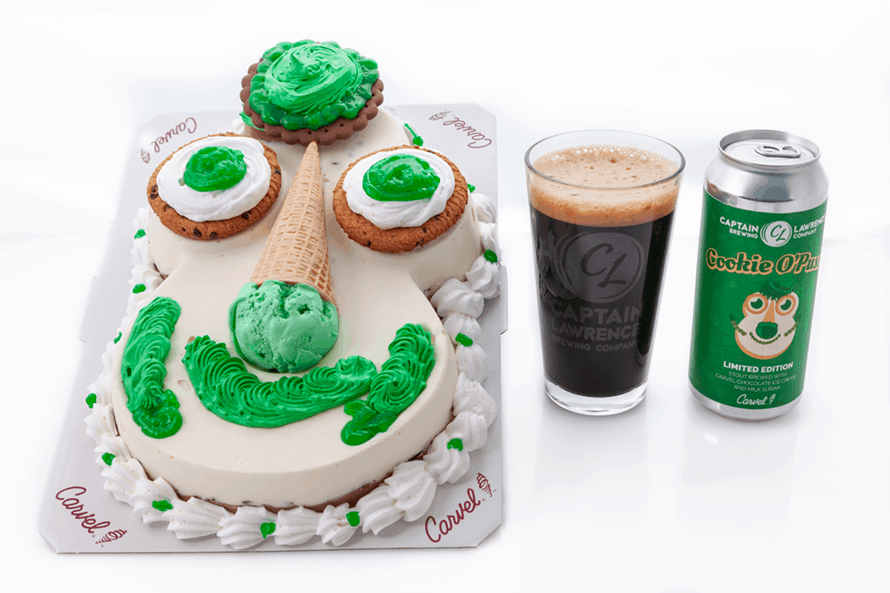