Want Your Brand to Be a Hit With Consumers? Try Partnering With a Musician

PepsiCo's Super Bowl ads showed how effective the collaborations can be 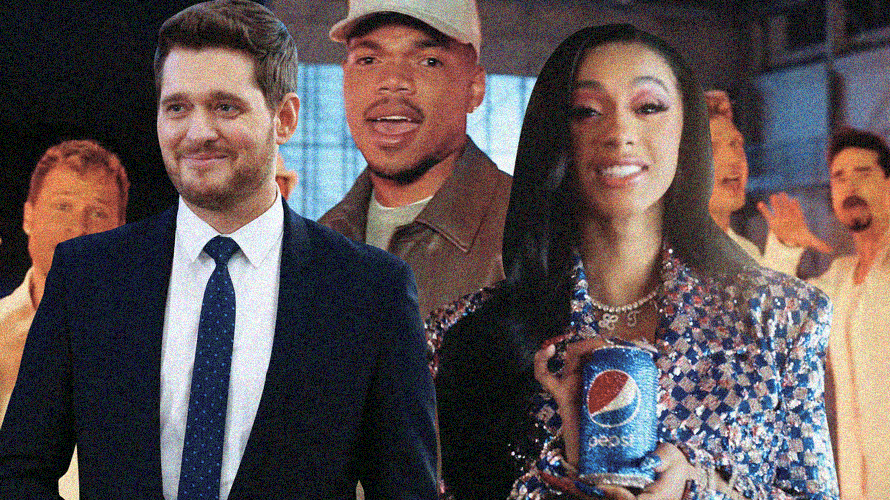 During the Super Bowl, PepsiCo tripled down on collaborations between musicians and brands—and it paid off. Doritos was the second most-discussed brand on social during the game following its ad starring Chance the Rapper and the Backstreet Boys. Pepsi was the top “share of voice” on social after its Big Game spot featured Cardi B, Lil Jon and Steve Carell aired. And Bubly’s ad with Michael Bublé garnered 8 billion positive media impressions.

Pairing musicians and brands like PepsiCo’s Super Bowl ads, including deals beyond just the typical product placement in a music video, could be quite fruitful for both parties. Still, it takes the perfect marriage of personalities and respect for both artist and brand to really nail it—or both could risk losing loyal followers and sales.

“There are so many opportunities to mix music with [brands]. If [brands] tried it, they’d see an explosion in sales,” said Vernon Brown, longtime attorney to Cash Money Records, during a panel at Adweek’s Brandweek: Challenger Brands summit last month with label co-founder Ronald “Slim” Williams.

Williams’ label has been home to top 100 stars like Lil Wayne, Drake and Nicki Minaj.

Off stage, Brown elaborated, saying the label receives “a lot” of inquiries from brands primarily wanting to place products in music videos. But he argued that there are more effective ways to collaborate with artists, even beyond featuring them in broadcast spots. “These brands should think a little deeper,” Brown said, suggesting, for example, that they release sponsored online videos organically merging brand with artist.

For the record label or management team, ensuring that a brand deal doesn’t make an artist “look corny” or “hurt their image,” and therefore hurt their sales, is of the utmost importance, Brown said. “The money isn’t worth it sometimes,” he added.

To his point, some past artist-brand collaborations have proven questionable (remember getting a glimpse into Shakira’s digestive tract in that 2014 Activia ad?), so identifying the right partnerships is critical.

It comes down to what makes sense “for both the artist and brand,” said Benny Pough, president of Roc Nation Records. The entertainment company founded by Jay-Z currently houses such talent as DJ Khaled (who appeared in a delightful Apple Music ad last year that turned his 2-year-old son into a savvy businessman), Rihanna (who has many fashion deals to her name including Fenty x Puma) and Grimes (featured last year in Apple’s “Behind the Mac” campaign, showcasing how she writes and produces music on a Mac).

Pough helped facilitate the deal that got rapper Travis Scott, along with Drake and Pittsburgh Steeler JuJu Smith-Schuster, to challenge one of the world’s top Fortnite players and the most popular streamer on Twitch, Tyler “Ninja” Blevins. He said Scott expressed a desire to work with Fortnite—so when the opportunity arose to have one of his artists play the game against “Ninja” on Twitch, the decision was a no-brainer.

Thanks to the celebrity showing, “Ninja” broke the record for concurrent viewers of a solo streaming match at 650,000. “When it works,” Pough said, artists and brands can reap “amazing” benefits.

While the artist gets exposure to new audiences and potential fans, Pough explained, “the brand gets to be a part of the creative music space, something they might not normally get [to be a part of].” 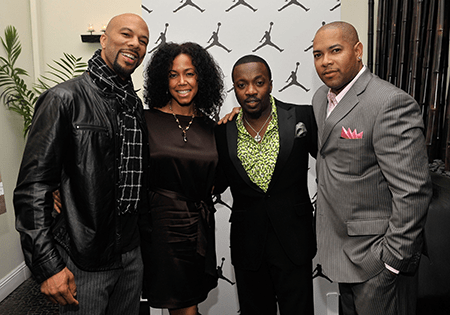 “I look for [our partnership or relationship] to be honest,” singer-songwriter Anthony Hamilton said of what he considers before signing a brand deal.

Hamilton has been an ambassador for Nike’s Air Jordan for more than a decade now, after Michael Jordan himself saw him perform and reportedly exclaimed, “I have got to sign him.”