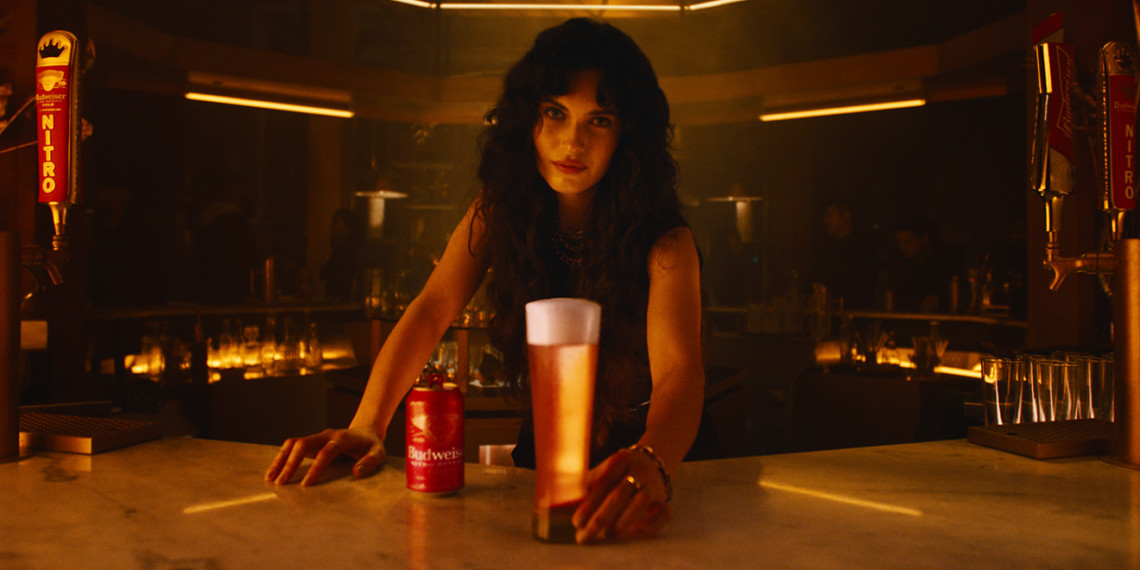 Budweiser wants to switch up the conventional wisdom around how beer should be poured with a new nitrogen-infused golden lager that can be shaken and poured down the middle of a cup.

Anheuser-Busch claims its new Budweiser Nitro Gold, which hits store shelves this week, is one of the first pale beers packaged with this carbonation technique on a national scale. First popularized by Guinness’ nitrogen-infused can widgets, nitro beers have been growing in popularity among craft brewers recently, although they are much more commonly used in darker beers because of the smaller bubbles the process yields.

Unlike Guinness, Budweiser Nitro Gold cans do not require a widget to activate their crispness. Instead, the brand instructs consumers to shake three times before opening, and marketing around the beer emphasizes that it’s best served poured down the middle of a glass.

“Nitro Pour ritual adds some theater and excitement to the traditional beer pour—offering something new without the sacrifice of the traditional Bud flavor they love,” said Ricard Marques, Budweiser’s vp of marketing, core & value brands. “With Budweiser Nitro Gold, it’s all in the flip—three times to be exact—to ignite smaller, denser bubbles for a silky-smooth tasting experience.”

A 30-second ad accompanying the release plays up the taboo-breaking aspect of the serving method with the tagline, “a lager best enjoyed the wrong way.”

Budweiser is betting that the the nitrogen category will eventually yield double-digit growth once beer drinkers are accustomed to the unconventional pour, according to Marques.

“We’re seeing an opportunity with our consumer base, offering them a premium product for their ever-changing palate needs and to meet the demand for interactive experiences,” Marques said.