'Flame grilling is hard to resist' 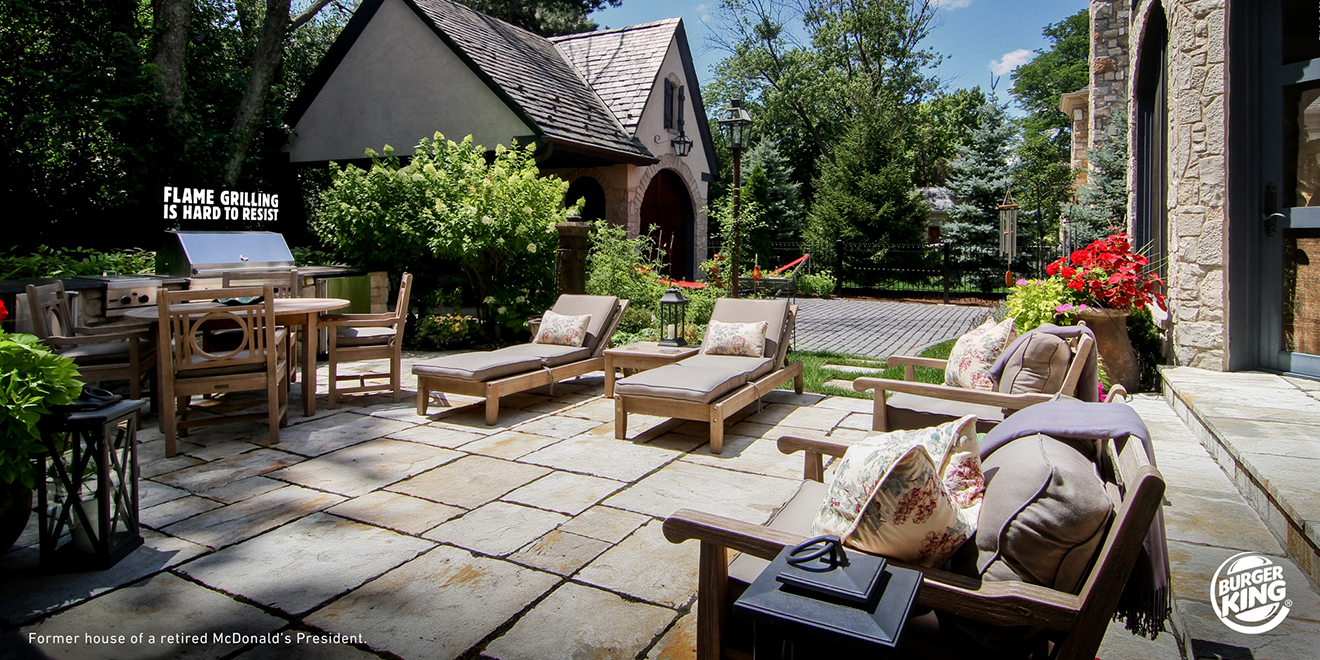 Photos of stately homes once owned by McDonald's execs are featured in the ads, with a subtle call-out to the grills.
David Miami
Share
By David Griner
|
April 25, 2018
Share

Burger King and its agencies are always looking for creative, attention-grabbing ways of highlighting that the chain’s burgers are flame grilled rather than the flat griddle used by most competitors.

In the newest print campaign, from creative agency David Miami, Burger King features photos of mansions formerly owned by McDonald’s executives, with the point being that each one owned a patio grill (assuming the outdoor layout hasn’t changed much since they owned the homes).

“Flame grilling is hard to resist,” notes the copy positioned alongside each grill.

It’s a bit more subtle than David Miami’s much-awarded “Burning Stores” campaign, which showed the flaming husks of actual Burger King locations, with the tagline “Flame grilled since 1954.” But for those who appreciate some good marketing jabs between competitors, the new campaign is a good example of how to punch up without going the Full Wendy.

The new ads will run in the South Florida Sun Times, Hamburg (Iowa) Reporter, Palestine (Texas) Herald-Press, Laguna Beach Independent, Chicago Sun Times and New York Daily News. The agency hasn’t clarified why those specific outlets were chosen. Perhaps the mansions at issue can be found there? We’ll update if we hear back.

Click on the ads below to see larger versions: