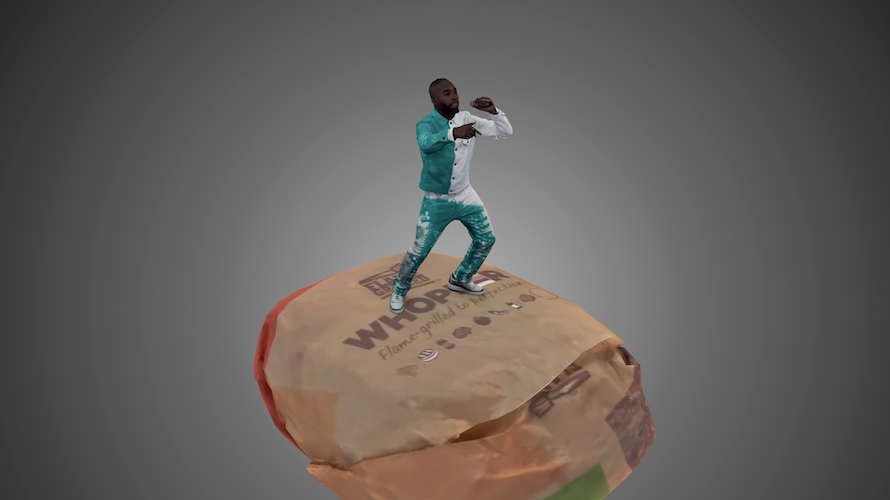 The rapper, who goes by Tinie, was contacted by the brand on Twitter. - Credit by Burger King / BBH

You can’t release a song titled “Whoppa” and expect Burger King not to notice. U.K. rap artist Tinie Tempah discovered that fact when the chain reached out on Twitter to suggest a collab.

The result is a wild track launch campaign created by agency BBH in London. Burger King has printed special QR codes on Whopper packs that generate a miniature “hyper realistic” 360-degree virtual Tinie who performs the track while dancing on top of a burger.

The miniature concert, produced in collaboration with Dimension Studios, is believed to be the smallest gig ever, BBH said.

“When we made this song, the vibe was all about summer time and bringing that Latin heat and energy to the U.K. music scene–not so much about burgers,” Tinie said. “But when Burger King reached out on Twitter, we immediately knew we just had to collaborate. Of all the ways I’d be launching a single in 2020, I couldn’t have predicted that it would be through a performance on top of a flame-grilled Whopper!” 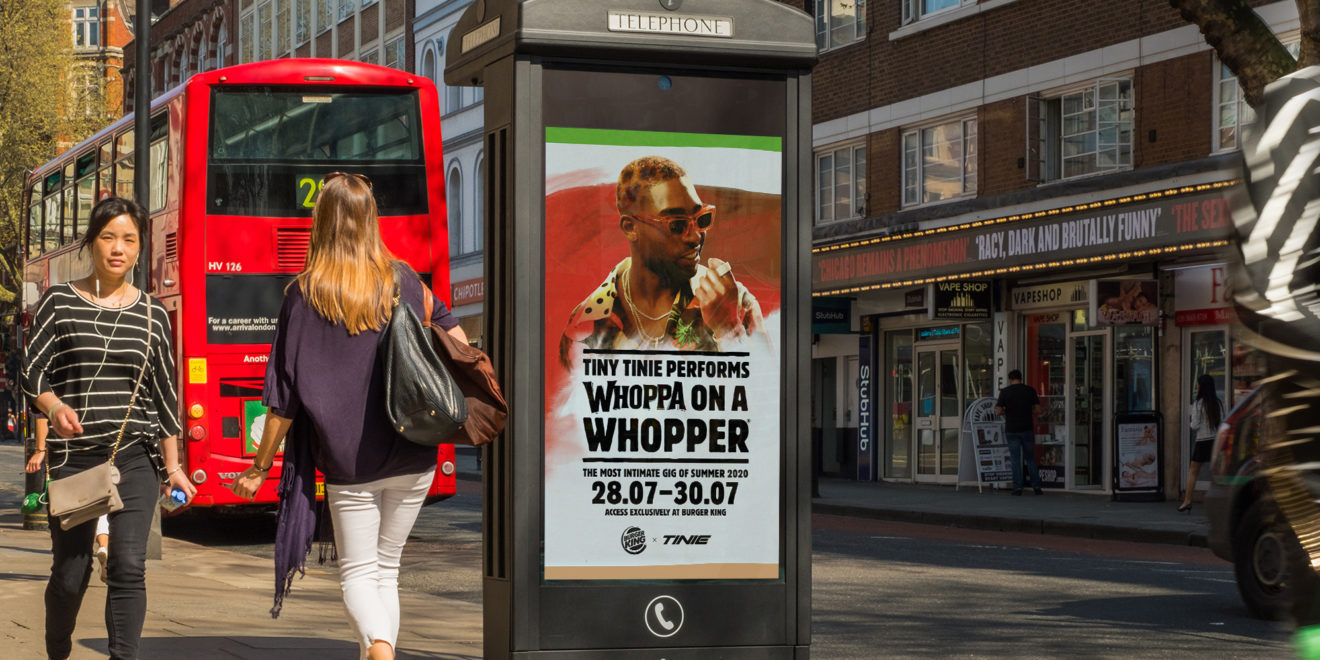 The virtual concert, which BBH said will run into August, is being promoted in a social and outdoor campaign.
Stephen de Wolf, chief creative officer at BBH London, added: “In a world with no live music, we wanted to give everyone the opportunity to experience an exclusive gig from one of the country’s biggest rap artists. And what better stage to do it on than a Whopper. I can’t wait for the nation to watch a tiny Tinie performing his new track, Whoppa, on a Whopper.”