Plus, Norm Peterson returns for an episode of Cheers—er, Domino's 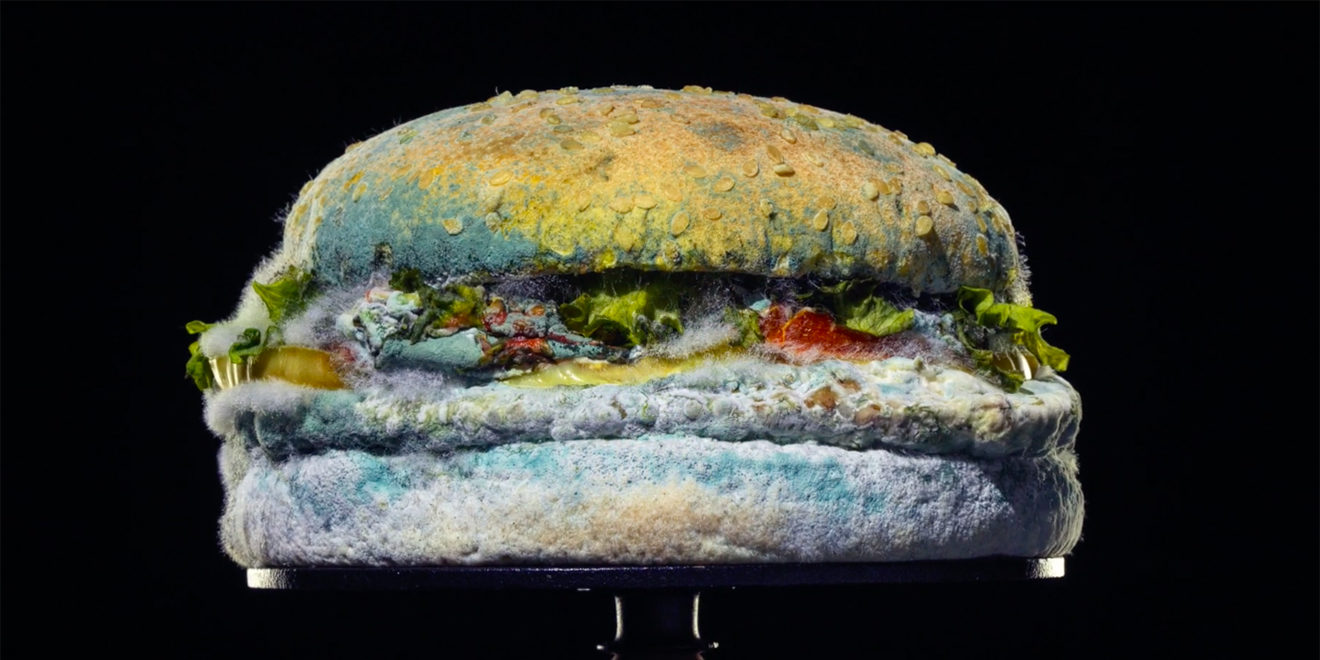 Why Burger King Is Proudly Advertising a Moldy, Disgusting Whopper

Burger King unveiled a striking global ad campaign intended to highlight the fast-food brand’s commitment to dropping all artificial preservatives. Some campaigns in this vein come and go without generating much interest, but this one tests just how far Burger King can take its audiences down the “bold marketing” path before losing the path entirely. “The Moldy Whopper” campaign, created through a partnership between agencies Ingo and David (both part of the Ogilvy family), features intriguingly high-resolution photography and video of a Whopper being consumed—not by humans, but by mold.

Read more: Learn why the brand chose a rotting burger for this memorable campaign.

Talking Black History and Diversity on the Adweek Podcast

In a special Black History Month-themed episode of Yeah, That’s Probably an Ad, senior editor Nicole Ortiz hosted and spoke with five industry executives about op-eds they’ve written for us in the past around Black History Month and how to further the diversity conversation. She was joined by Quiet Storm founder Trevor Robinson to talk about his rundown of racism in the advertising industry; marketer and author Frederick Joseph, who wrote about how to make diversity efforts more inclusive; associate professor Monique Bell, who wrote about how diversity needs to begin in the classroom for marketers; and Adrianne C. Smith, the first global director of inclusion and diversity, and Judy Jackson, the first global head of culture, both at WPP, who wrote about how to deliver authentic work for black consumers.

Tune in: Listen to this special Black History Month episode of the Adweek podcast.

In the latest ad for Domino’s, Norm Peterson from the iconic TV series Cheers finds himself struggling with anonymity when he goes to pick up a pizza. The ad, which was created by CPB and features the familiar Cheers character, set and music, was brought to life through several production partnerships, including with New York visual effects house Artjail. The team watched all 275 episodes of Cheers to find the perfect footage of Norm entering and approaching the bar. But then he had to be isolated from the footage and melded with a body double to pull off the effect of him ordering a pizza at a Domino’s counter.

Read more: Watch the ad, and see the exclusive behind-the-scenes video that shows how they pulled it off.

Jeff Bezos took to his personal Instagram account on Monday to announce the launch of the Bezos Earth Fund, a $10 billion global initiative to undertake the existential threat of climate change. The CEO’s preoccupation with Earth—versus the level of self-interest he has in Amazon’s profitability—has been a hot topic among environmental activists and even his own employees, 4,500 of whom published a piece last April calling on Bezos to address climate change at the company. And the announcement comes after Bezos came under fire from critics for being “stingy” when he only donated $690,000 to Australian wildfire relief in January. In 2018, Amazon disclosed that its total carbon footprint was 44.4 million metric tons, making the ecommerce mammoth one of the worst polluters in the United States.