Can the 37-Year-Old Dissolution of AT&T Teach Us Anything About a Big-Tech Breakup? 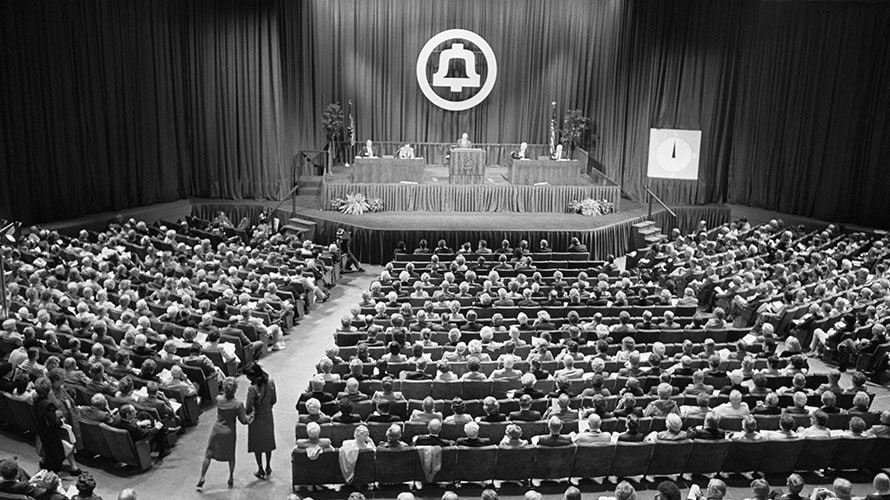 Sen. Elizabeth Warren made headlines last week on the heels of her March 8 call for the breakup of Google, Facebook and Amazon. In a Medium post, the presidential candidate went so far as to call the companies monopolies. It’s only the latest cry of foul against big tech, and it’s helped fuel much recent speculation that the tech giants could be heading for dismemberment.

Technology mavens wringing their hands over this calls to mind the last time the country was at a crossroads this fraught—37 years ago, when the government actually did bust up a monopoly: AT&T.

Adweek, which is celebrating four decades of publication this year, was among the hand wringers back then. The problem, as we saw it, wasn’t so much the corporate fortunes of AT&T, but what would happen to all those lucrative ad agency contracts once “Ma Bell” (as the company was nicknamed) got broken up.

The upshot? While not happy about the uncertainty, we concluded there wasn’t much cause for worry, quoting an A&T statement issued a week before our Jan. 18, 1982 cover story: “A restructured Bell System may ‘open a whole new world of communications.'” In other words, a Ma Bell breakup might shake things up a little but would ultimately yield more companies and, hence, more opportunities for ad agencies.

Does this prediction portend anything when it comes to the possible breakup of big tech? Perhaps. But first, a little background on the 1982 breakup is in order.

AT&T’s roots reach all the way back to when Alexander Graham Bell invented the telephone in 1876 and the subsequent organization of American Telephone and Telegraph (AT&T). For most of the 20th century, if you owned a phone and wanted to make a call, you were an AT&T customer—whether you liked it or not.

And that was the problem. By 1974, the Department of Justice decided AT&T, which had grown into a telecom monster with $70 billion in annual revenues, was a monopoly. Accordingly, the government dragged Ma Bell into court under the Sherman Antitrust Act.

It took until 1982 for a consent decree to finally settle the matter, and the government fed Ma Bell into the chopper. Under the terms of the agreement, the company gave up its regional service companies (these became known as the “Baby Bells”) while AT&T remained a provider of long-distance service. The divestiture was complete by Jan. 1, 1984, leaving AT&T and seven Baby Bells.

Would a similar scenario play out if, say, big tech were broken up—if the giant Google monopoly became, in the words of tech investor Roger McNamee, “eight or 10 different monopolies”? Well sure, in theory. But that point misses a much more important one.

Breaking up a terrestrial telephone carrier in the mid 20th century is a very different thing than breaking up an internet colossus like Google or Amazon, which operate across the spectrum of retail, data analytics, social media, and so on. As National Review editor Rich Lowry argued recently, there’s not much evidence that a bunch of “platform utilities,” as Warren has called them, could function once broken off from their mother ships.

But setting aside the mechanics of how big tech could be broken up—and what would happen to advertising companies if it were—there are a couple of broadly applicable lessons from the Ma Bell breakup worth thinking about.

First, despite the Herculean effort it took to disperse Ma Bell, some experts now believe the undertaking was, ultimately, a waste of time.