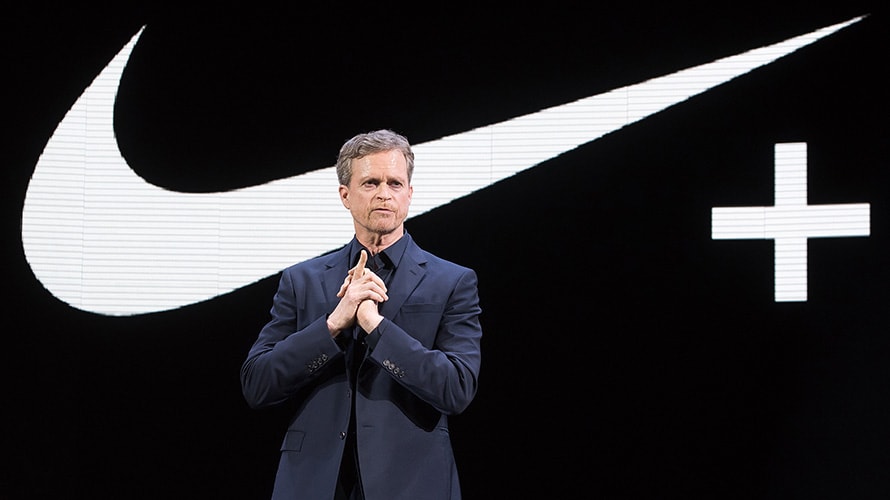 Mark Parker stepped into the CEO role in 2016. - Credit by Getty Images

Nike, Under Armour and Tommy Hilfiger Make Changes in the C-Suite


What was in the water Tuesday? A little over a year after Under Armour parted ways with its svp, global head of brand management Adrienne Lofton, the company is replacing its CEO as well. Kevin Plank is stepping back, retaining a role on the company’s board, allowing COO Patrik Frisk to take his place in 2020.

Following the Under Armour news, Tommy Hilfiger found its new CMO, appointing Michael Scheiner to the position. He comes to the brand with years of experience at Abercrombie & Fitch, Hollister where he most recently served as senior vice president of global marketing.

Finally, the biggest news of the day comes from Nike as Mark Parker, who has been with the company for four decades and held the CEO role since 2006, will move into an executive chairman role in 2020. John Donahoe, who’s the current CEO and president of ServiceNow, which is a cloud computing company, will step into the role.

Here’s our stories on each leadership move:

As R/GA’s snarky Twitter account put it: “Being described as a ‘creative hot shop’ in the trades is the closest thing this industry has to a Sports Illustrated cover curse.” The latest victim to this “curse?” JohnXHannes, which is breaking up following a few big years. Founders John McKelvey and Hannes Ciatti are dissolving the shop to create their own agencies called Mirimar and Alto.

An eye-brow raising statement from Alto said the agency plans to pick up where JohnXHannes left off in JohnXHannes existing headquarters.

Read more: Take a look back at the agency’s best work and explore what’s ahead for the two agencies.

Where Do Consumers Stand When it Comes to Brands and Politics?

Read more: A new infographic from this week’s issue of Adweek breaks the research down.

After seven years and more than a few controversies, Facebook’s vp of advertising Rob Goldman has departed the company. If Goldman is remembered for nothing else, those outside the marketing bubble may recall his tweets about Facebook’s privacy policies and the Robert Mueller investigation.

Read more: See the many controversies that Goldman navigated the company through.

Just Briefly: The Rest of Today’s Top News and Insights

Burger King is branching out…to marketing to dead people. The burger chain worked with a real-life medium to allow spirits to taste test its new creation, the Ghost Whopper. The medium lets the spirits try the burger through him, and the feedback ranges from strange to downright uncomfortable.

Jason Snyder has always been on the cutting edge. He won a pitch for Coke with the premise off distributing coupons that could be redeemed at Walmart when the Olympic torch relay was nearby…in 2001.

4 Things an Effective Mentor Must Do

1. Take a real interest in their mentees.
Showing to your mentee that you genuinely care about their success, encourages their development, and that is positively correlated to productivity, satisfaction and results. Care and concern for your mentee can be the key to providing them with the confidence to flourish.

2. Enable the mentees’ growth.
Find the balance between supporting and challenging your mentee. Supporting will include providing information, feedback, emotional support, and advocacy as needed. Challenging will encourage to maintain high standards, encourage risk-taking, and develop the persistence required to reach stretched goals.