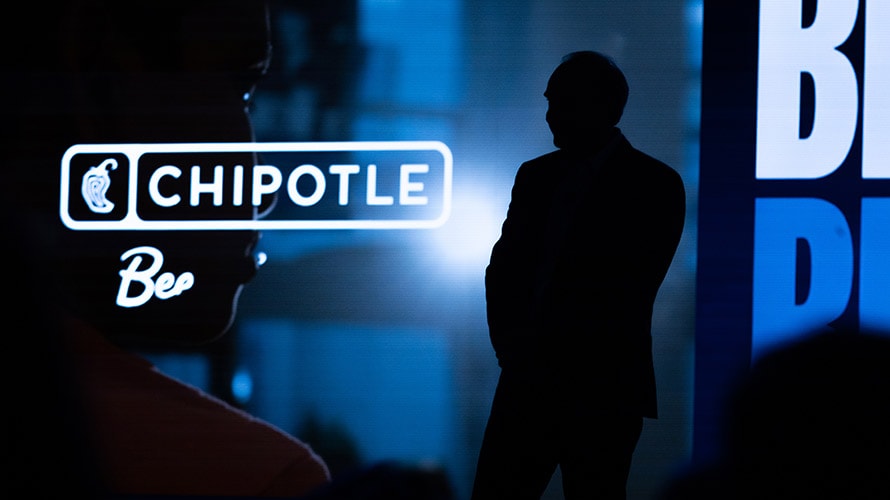 Chipotle is cooking up a new restaurant design that it hopes will feed its growing mobile business.

The quick-service Mexican restaurant chain‘s digital operation is already a billion-dollar business, according to a company statement released Thursday announcing the changes.

The redesign will not only be deployed at new locations but also be implemented in varying degrees at existing restaurants, CMO Chris Brandt said in an interview. Chipotle has already begun installing mobile pick-up shelves and tech-enabled assembly lines for food preparation, but features such as walk-up windows and better placement of its digital pick-up portals will help restaurants fill orders more efficiently and enable consumers to pick them up more quickly.

In addition, bottled beverages will be more accessible with a cooler built into the serving line. Open views and front row seating will provide direct lines of sight into the kitchen, which will improve transparency.

The design refresh will be tested in four new restaurants, including an urban storefront, a standalone restaurant with a drive-thru window called the Chipotlane, and an endcap unit with a Chipotlane.

Chipotle, which owns and operates all of its locations, had 2,500 restaurants in the U.S., Canada, the United Kingdom, France and Germany as of Sept. 30. Brandt said he believes there is the potential to have 5,000 to 6,000 stores in the U.S.