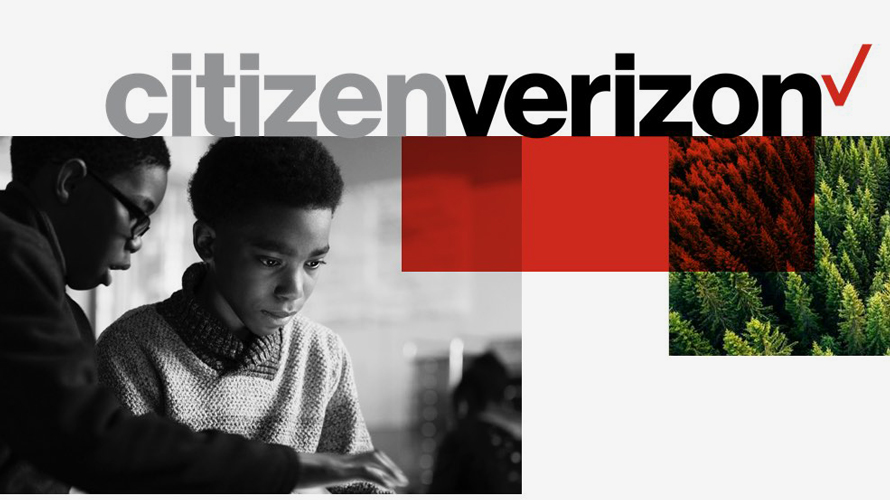 The brand's new initiative holds itself and others accountable for driving change. Citizen Verizon

Verizon launched a series of Citizen Verizon Assemblies on Tuesday, featuring CEOs at some of the nation’s largest brands discussing how they can do more to work toward social, economic and environmental advancement.

The advocates discussed the need for actionable claims to further social justice amid the pandemic, especially as many schools across the country stick to virtual learning for the fall. In preparation for online classes, they believe there must be an effort to provide equal technology for all students.

“Every single child in this country has to have access to the proper devices and internet at a speed that allows them to learn,” said Canada. “If we do not do that, we are setting up the next generation of inequality.”

Shahidi highlighted that corporations need to hold themselves responsible for providing that technology when capable.

“We cannot put this all on parents and educators,” she said.

The executives recognized their own privilege in becoming leaders, and discussed the need for brands to work for justice within society and their own workplaces.

“I am a white cis-gendered male CEO. I come from a ton of privilege due to my skin color and where I was born,” said Heath. “And at Bombas, our metrics around D&I are not where they should be.”

Grossman explained her reasoning for placing an emphasis on diverse representation in the workplace at WW, something she says all brands should do as “there is pure empirical evidence that diverse organizations are going to have more long-term success.”

She said the brand recently created a manifesto to “put a stake in the ground and be that partner to democratize wellness for all,” providing health and wellness resources for diverse communities.

Lores said HP is currently executing similar efforts to WW, and plans to double the amount of Black executives at the company by 2025, increase representation in the general employee population, provide better resources for Black employees, and implement equal promotion standards.

The CEOs all agreed on the need to take action now, not just plan for the future.

“If I wait until I’m educated enough on these subjects,” McCarthy noted, “I will squander my opportunity to make a difference.”

The Citizen Verizon Assemblies were created in conjunction with Verizon’s own efforts to play a larger role in advocacy. This initiative includes three main goals:

Future assemblies will continue to bring together leaders from some of the largest brands around the world and encourage them to take responsibility for the largest issues facing humanity today.

“From big cities to small towns, now is the time for all of us to come together,” Rose Stuckey Kirk, chief corporate social responsibility officer at Verizon, noted, “to follow through on our commitments to create real, lasting, meaningful change.”