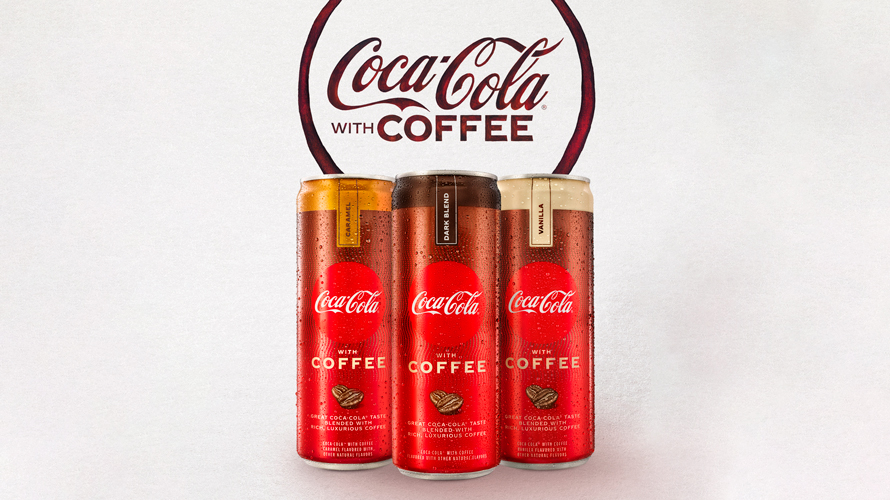 Coca-Cola has a product for caffeine lovers.

Today, the company announced the date for the stateside debut of Coca-Cola Coffee, a canned product that’s a hybrid between coffee and Coca-Cola’s signature beverage. The brand described it as a drink that “fuses the familiar, authentic taste of Coca-Cola with the rich, luxurious flavor of 100% Brazilian coffee.”

The product will officially launch in stores, located in the ready-to-drink coffee aisle, in January 2021.

Jaideep Kibe, vice president of Coca-Cola North America, said in a statement that it’s been one of the most positively received products during testing, and could be the first in a new industry category.

“This is a truly unique hybrid innovation that will pioneer a new category we’re calling ‘refreshment coffee,’” he said. “When you take that first sip, you realize there’s nothing quite like it. … It sips like a Coke and finishes like a coffee.”

It was first tested in Japan in 2018, and is already sold in markets across the world, such as Australia and Brazil. Packaging and even the recipe will be tweaked for the U.S. launch, to better suit American tastes.

“The Covid-19 pandemic has accelerated the need for us to be more disciplined in how we launch, validate, refine and scale up big bets like this,” Javier Meza, global CMO for Coca-Cola’s sparkling beverage portfolio, said in a statement.

Though the product doesn’t launch nationwide until 2021, members of the Coca-Cola Insiders Club—which sends 2,000 Coca-Cola fans monthly boxes to try up-and-coming products—will be able to try it out this year.

Coca-Cola also kicked off 2020 with the launch of a new beverage: Coca-Cola Energy, the first energy drink under the Coca-Cola portfolio, which made a splash at the Super Bowl. Moving into the energy drink category has been an increasingly popular move for CPG companies, with PepsiCo getting into the game too with the acquisition of Rockstar Energy Beverages for $3.85 billion, as well as nabbing the U.S. distributor rights for Bang Energy.