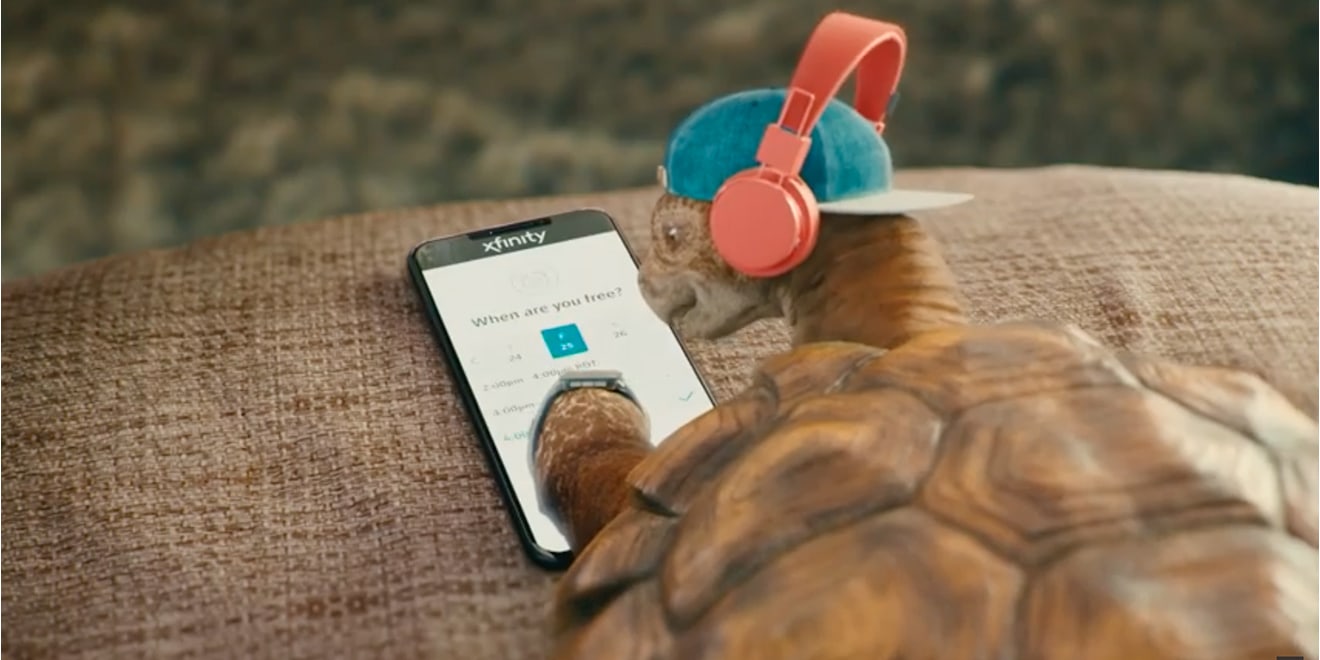 The turtle clan has appeared in Xfinity ads since the Effie-winning 2006 original spot. - Credit by Comcast

Today’s throwback Thursday comes to you courtesy of Comcast, which has brought back its beloved Slowsky family just in time for National Turtle Day (yes, it’s a thing).

Karolyn and Bill Slowsky first hit the scene way back in 2006 to make clear their distaste for anything remotely fast, especially Comcast’s high-speed internet—it just doesn’t fit in with their decaf coffee-drinking, DSL-loving lifestyle. So it’s no wonder they have a bone to pick with the Xfinity app, which lets users do things like troubleshoot directly from their phone, schedule a callback or reschedule an appointment.

Tensions are higher in the Slowsky family now that their son, Bill Jr., is no longer the spring chicken he once was. Complete with a backwards cap and some salmon-colored headphones, Bill Jr. has grown into a full-fledged millennial who prefers to live “life in the fast lane.” Pretty bold statement from a turtle, and one that Karolyn and Bill aren’t pleased with.

The spots (created by Goodby, Silverstein & Partners) feature Bill Jr. as he tries to get his parents on board with the Xfinity app. They of course scoff at it and are more concerned with whether or not he has their phone numbers memorized (spoiler alert: he doesn’t).

Since their debut, the Slowskys have made appearances in Xfinity spots over the years, so it’s not exactly surprising that the brand has brought them back once again. They’ve long been a crowd favorite, and the original campaign won an Effie in 2007.

“The Slowskys continue to be one of our more popular campaigns, for both employees and customers,” said Todd Arata, senior vice president of brand marketing at Xfinity. “So, when we decided to bring them back, we thought they were the perfect family to showcase the advancements we’ve made to our digital customer tools, with a humorous twist.”

In addition to the spots, Bill Jr. is taking over Xﬁnity’s Twitter handle for 24 hours on May 23, and a Slowskys Snapchat ﬁlter will allow users to take a selﬁe with the turtle clan.