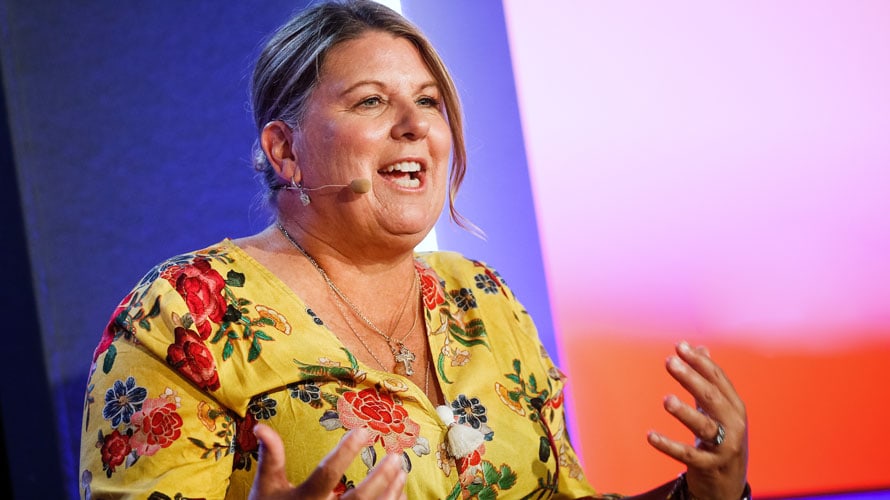 Microsoft's Kathleen Hall, who will be speaking at Cannes Lions next week - Credit by Getty Images

Data—and how to use it to more effectively target consumers through advertising—is a priority for brands these days. That’s due in part to the financial success companies like Facebook and Google have seen in using their own data to create targeted ads.

More and more brands and agencies want to replicate that success, through opening up in-house media-buying operations or expanding their media-buying offerings to reach a greater variety and a more specific subset of consumers, to compete with tech behemoths.

Customer data is not the only path to success, according to Kathleen Hall, corporate vp of brand, advertising and research at Microsoft, who is speaking at next week’s Cannes Lions International Festival of Creativity. She told Adweek that she believes brands should focus on honing what separates them from their competitors and on the unique audiences that only they can deliver.

The use of data in advertising will likely be a hot topic at next week’s Cannes Lions, with an increasing number of brands taking their media-buying operations in-house. This not only takes the business away from an agency, but it also adds competition for new clients, as companies like Target, Walmart and Amazon offer media placement and ad-targeting services for outside brands, not just for themselves in-house.

Hall said she doesn’t blame brands for wanting to use the wealth of customer data they have at their disposal to their benefit, but veering too far from previous models and industry standards too quickly oftentimes isn’t the answer. That includes taking too much of the advertising in-house, which can silo a brand from outside opinions and input.

“Of course every brand should take advantage of their direct consumer data and assets in a way that enhances their marketing and their relationship with the consumer,” she said. “But there’s a certain component of marketing and brand building that is broader than the one-to-one individual capability. Nothing should be in the extreme. It shouldn’t be all inside-out, where you do it in-house and you do your own content, you do your own customer connection. Some of that to enhance other things is good, but I don’t like these sometimes radical shifts that happen, that generally tend to swing back a little bit.”

Hall summed up her in-house philosophy: “Just because you can doesn’t mean you should.”

All this current focus on data, and how to use it to create better advertising, may be top of mind, but Hall said that what’s she’s excited about at the moment is a renewed focus on excellent creative—and she hopes she sees that excitement shared at this year’s Cannes Lions.

“It’s good to have some focus on creative again,” she said. “My hope is some great work that has a lot of tentacles and a lot of execution underneath it gets recognized and we really focus on the creative.”