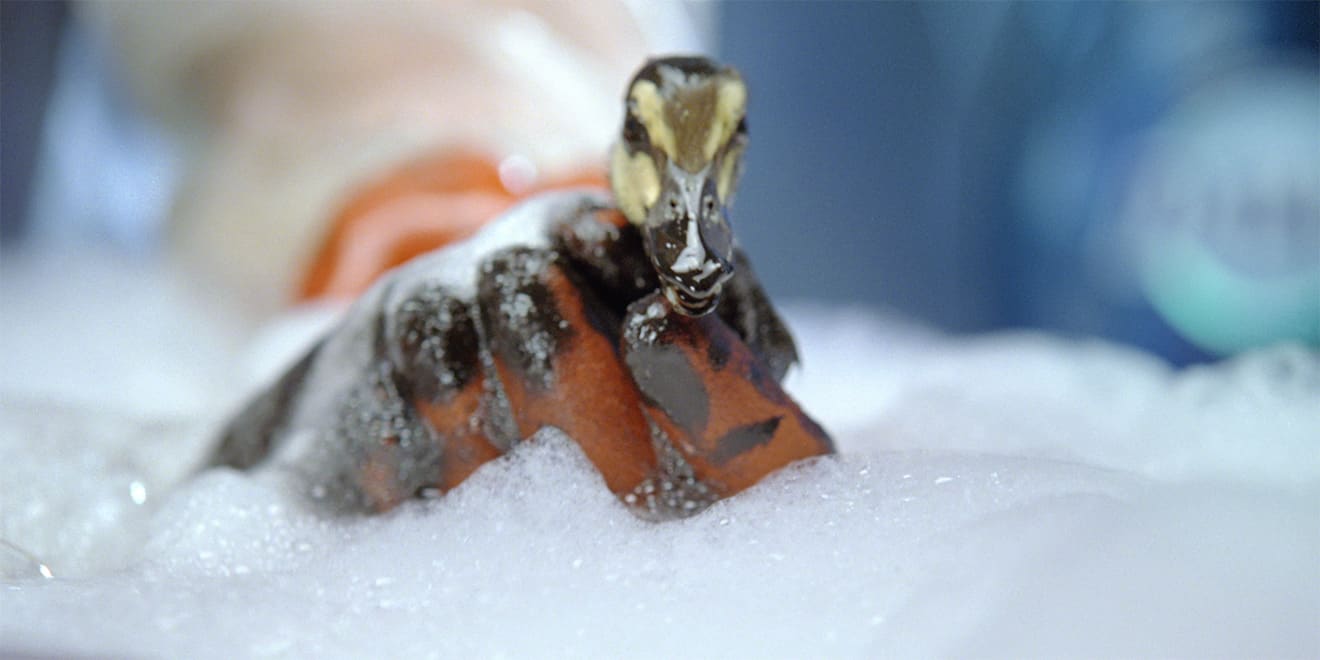 In 1978, IBR founder Alice Berkner discovered that Dawn was an effective cleanser for bird’s feathers and otter’s fur due to the combination of grease-fitting power that’s gentle on whatever it touches—be it a bird or a bowl. - Credit by Dawn

For over four decades, Dawn’s been cleaning more than dishes as the choice cleanser for animal rescue workers aiding animals after an oil spill.

For otters, oil spills can harm their ability to insulate, while birds have decreased ability to repel water, according to the National Ocean Service. And in the aftermath of a spill, it’s up to rescue workers—like those working with the Marine Mammal Center and the International Bird Rescue—to clean these animals and prepare them to be reintroduced to the wild. For over 40 years, they’ve used Dawn to help in this mission.

Dawn is celebrating this 40-year milestone with a new campaign from their agency, Publicis, featuring the very animals that Dawn helps rescue. In a video spot for the campaign, with a cover of Bill Withers’s “Lean on Me” playing in the background, a bird wandering an oil-covered shoreline is picked up by a rescue worker before being cleaned off in a tub of Dawn-filled water.

“We wanted to take advantage of the anniversary to celebrate this partnership and the amazing work these wildlife experts do every day, regardless of whether there’s an oil spill or not,” Kristine Decker, Procter & Gamble’s director of North America brand operations, said. “There’s enough oil pollution happening on a daily basis that birds and marine animals need caring for, and Dawn wants to be a part of that journey.”

Decker said that the lyrics of “Lean on Me” perfectly captured the sentiment behind Dawn’s partnership with the IBR and the Marine Mammal Center. “We really see our role at Dawn as part of the process, part of the resolution,” she said. “Not only to help an animal’s situation, but to partner with wildlife experts to make their life better. We thought the music was a great way to bring the emotion of the situation to life, because it is very emotional. We’re saving animals, and we’re part of that process with wildlife experts.” 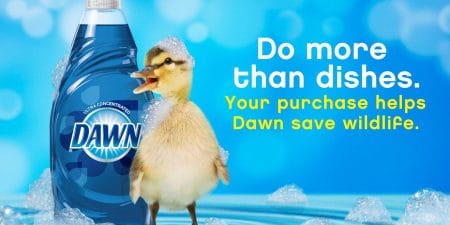 The campaign is set to live in several mediums (including print, social media and influencer partnerships) on limited-edition packaging in stores and even a consumer promotion to win a trip to the Marine Mammal Center. The campaign will run from July until September.

The 40th anniversary marks four decades of the International Bird Rescue (IBR) using Dawn to clean and rescue birds and other animals. Alice Berkner, who founded the IBR in 1971, discovered in 1978 that Dawn was an effective cleanser for bird feathers and otter fur due to the combination of grease-fitting power that’s gentle on whatever it touches—be it a bird or a bowl.

This discovery came before executives at Dawn realized their product was being used in this way. “[Berkner] started using Dawn to degrease the feathers of oiled birds,” said Decker. “We hadn’t even talked to her at this point. She found it on her own and was doing all this amazing work.”

Later that year, Berkner reached out to Dawn herself to inform the company that the IBR was using its product for this purpose. A more formal partnership was born, and Dawn began donating bottles to the IBR to aid their cause.

“We wanted to be a part of that and start donating products and connecting with the cause,” added Decker. “It’s a great backstory and an important mission for us.”

A real turning point came in 1989 during the Exxon Valdez oil spill, when Dawn was able to help the IBR rescue 1,604 birds. And in the early aughts, Dawn started incorporating their partnerships with the IBR as well as the Marine Mammal Center into their marketing. Commercializing the partnership was intended, in part, to give consumers a peek at what they don’t see, including 50,000 bottles of Dawn donated and 75,000 birds helped.

“We made a more conscious choice to be more vocal about our partnership and bring it back into our advertising,” Decker said. “It’s been some of our best-performing advertising, both in equity and heart, because it has a connection with a consumer, but it also reinforced our superior product benefits.”