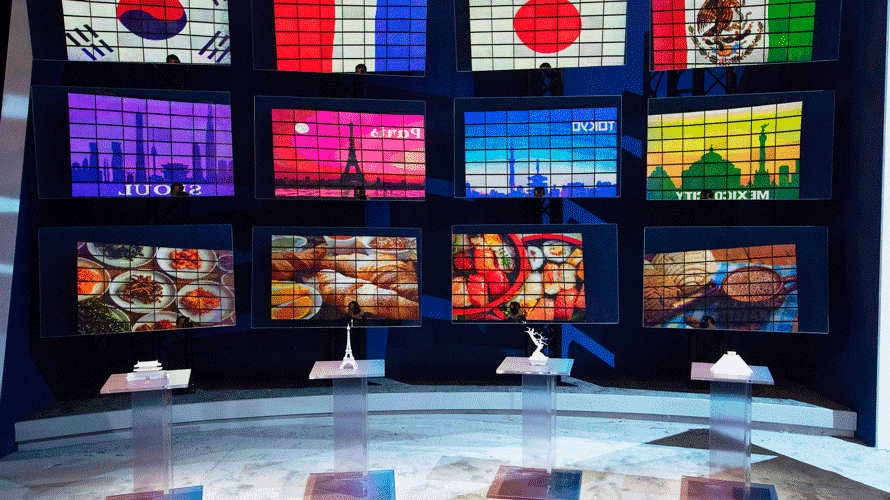 LAS VEGAS—In the first Consumer Electronics Show keynote delivered by an airline, Delta CEO Ed Bastian wasted no time getting to what the eager crowd wanted to hear about: the future of air travel.

The airline has already made several announcements at CES 2020 so far involving its employees, the environment and potentially game-changing technology for advertisers. Bastian’s presentation showcased how Delta, the second-largest airline in the U.S. and routinely considered the most reliable, is constantly considering the future.

He also said free in-flight Wi-Fi is only a couple years away, shared a photo of his dog and hid first-class flight tickets on the seats of a couple of lucky attendees, which certainly earned Bastian some goodwill from the audience.

“The gift of flight is the ultimate innovation. It wouldn’t be possible to be here without flight,” Bastian said. “We see technology as the tool to advance our mission to connect people and opportunities.”

Here are some of the airline’s major CES 2020 announcements so far:

In what aims to be the greatest thing in out-of-home marketing since the first highway billboard, Delta is introducing a technology it’s calling Parallel Reality that will show at least 100 different travelers targeted content on a single screen.

After scanning a passenger’s boarding pass, the screens use “multi-view pixels” and proprietary technology to display a personalized message as they walk past the screen. Messages may range from boarding time, the nearest Sky Club lounge or their departure gate.

In partnership with tech company Misapplied Sciences (Delta is an investor), the airline will begin an opt-in beta test this summer at Detroit Metropolitan Airport with a screen placed after security, near Delta’s Sky Club.

The Parallel Reality technology grew out of Delta’s own Innovation Center, the airline’s investment and research initiative which works alongside startups. If “multi-view pixels” can do what the company promises, CMOs and media buyers will be salivating at the thought of serving personalized ads to different people on one screen.

Delta’s app gets an upgrade to ‘digital concierge’

Delta also announced it’s in the process of turning the Fly Delta app into a “digital concierge,” an all-in-one resource that would include traffic, parking, weather and boarding information for a more seamless travel experience.

In pursuit of that goal, the airline will be “deepening” its relationship with Lyft, the ride-sharing company that it has partnered with since 2017, to reward Delta loyalty members with points for using Lyft.

“The stress of travel starts before you even leave your home,” Bastian said. “It’ll be a platform for the brands and services you use throughout your journey. … What if instead of taking your bags to the airport, they’re picked up at your home and brought to your hotel?”

While its plans for the partnership are currently vague, they could include testing features on the airline’s app that would show estimated arrival times to the airport via Lyft and an offer to pay for Lyft rides with Delta SkyMiles, its rewards program. Lyft’s co-founder and president John Zimmer also joined Bastian onstage.

For example, if traffic was particularly bad on the day of a flight, the Delta app will message a traveler, suggesting to order a Lyft earlier than intended.

For CES 2020 attendees feeling guilty about their carbon footprint, Delta has offered a bit of reassurance. The airline announced it would offset the emissions of every one of its flights to Las Vegas this week, starting Jan. 6. The effort will cost Delta about $100,000, which it will donate to a program that supports farmers in Kenya and Uganda to reverse the effects of deforestation.

Delta didn’t announce the donation until after most CES attendees had already purchased their flights.

And in a broader sense, JetBlue beat Delta to the punch, revealing its plan on Monday to make every one of its domestic flights carbon neutral after July, making it the first major American carrier to do so.

Exoskeletons on the runway

For its employees, the airline unveiled a partnership with Salt Lake City technology company Sarcos Robotics to design an exoskeleton that will “boost employees’ physical capabilities and bolster their safety.” 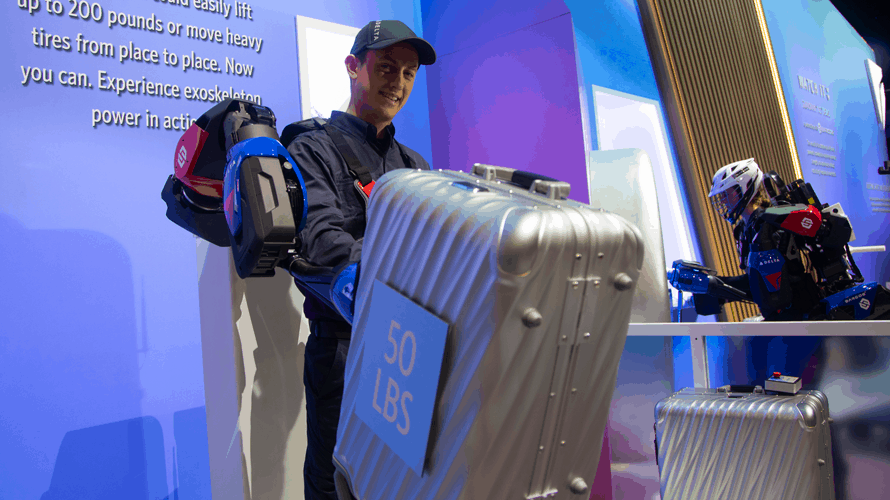 Delta Airline
Delta employees will soon be testing out the Sarcos Guardian XO, a battery-powered, untethered, full-body exoskeleton that will allow workers to lift up to 200 pounds repeatedly for up to eight hours, without tiring.

“We owe it to the best airline employees on the planet to explore how emerging technology can make their jobs safer and easier,” said Delta’s senior vice president of airport customer service and cargo Gareth Joyce in a statement.

Travelers could soon see the technology being used to lift heavy machinery by Delta’s ground support crew. Other uses could be at Delta’s cargo warehouses. The airline said it will be testing the exoskeleton at a “pilot location” this quarter with Delta employees.

Beyond the obvious physical advantages and sleek design, the exoskeletons will also provide an opportunity to “level the playing field” by allowing a more diverse talent pool with all strength levels the opportunity to fulfill specific roles, according to the airline.

“We look for companies who are clear leaders in tech adoption and have a history of innovating to meet the needs of their customers and their employees,” said Sarcos CEO Ben Wolff. “Delta is the natural fit in the airline industry and has proven to be a great partner as we work to fine-tune this technology for commercial deployment.”

While it’s unclear how long it’ll be before the exoskeletons are seen on runways, one has to wonder how long until the “exoskeleton” is replaced with an actual robot.