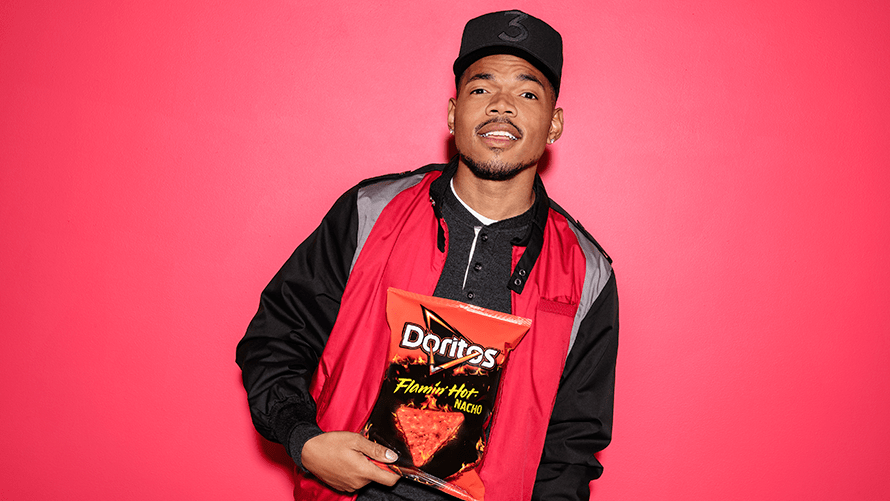 The PepsiCo-owned chip brand Doritos is returning to the Superbowl in 2019, with a spot that will feature musician Chance the Rapper. The brand teased its partnership with the rapper in a tweet this morning:

Our prediction for the big game? There’s a chance things are gonna get hot. Stay tuned 02.03.19 #NowItsHot pic.twitter.com/ITkG5RAmGi

It’s unclear how long the ad will be, when it will run during the game or the agency that will be producing the creative, but it looks like the ad will promote Doritos’ ‘Flamin’ Hot Nacho’ flavor variety. Several representatives for the company did not respond to multiple emails requesting additional information.

For the game last year, the chip brand and the soda brand Mountain Dew released a joint 60-second spot promoting new product flavors from the brands featuring actor Peter Dinklage lip-syncing to Busta Rhymes’ “Look at Me Now” and actor Morgan Freeman lip syncing to Missy Elliott’s “Get Ur Freak On.”  That ad, which was well-received and drew a lot of positive press, was produced by Goodby Silverstein & Partners.

This post will be updated with more information as it becomes available.