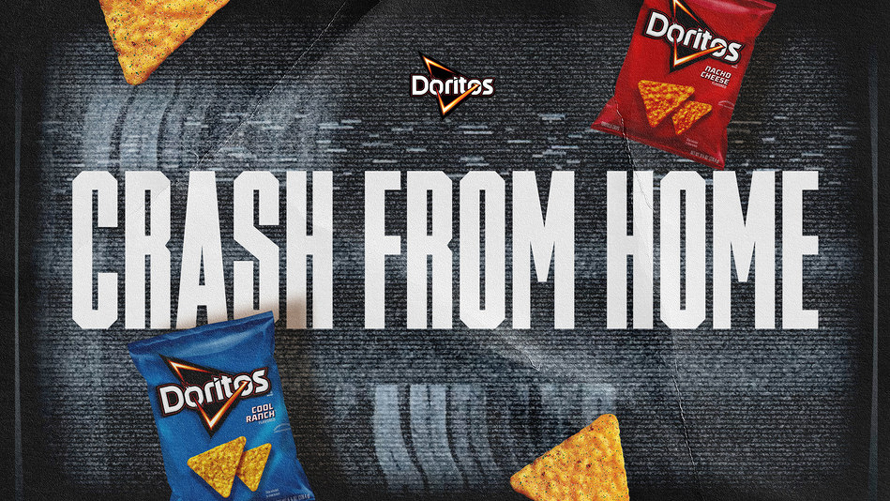 "Crash From Home" is a pandemic-style ode to the brand's retired ad contest "Crash the Super Bowl." - Credit by Doritos

Doritos is putting America’s quarantine talents to the test with a new advertising challenge, and it’s certainly a chip off the old block.

For 10 years, Doritos encouraged aspiring filmmakers to “Crash the Super Bowl” by creating a 30-second commercial for the most-watched television event of the year. And while the snack brand has retired this highly anticipated tradition, which ran from 2006 to 2016, it is bringing back its spirit by encouraging fans to “Crash From Home.”

The incentive? A $150,000 prize and the chance to be part of one of the first signs of normalcy for sports fans since the beginning of the pandemic: the NFL Sunday Night Football game on Sept. 13.

While it is hard to predict how Covid-19 will affect the upcoming NFL season, Doritos is hoping that this campaign will give aspiring creatives a chance to showcase their work in an era of uncertainty (a spokesperson for the brand confirmed to Adweek that the campaign could change if the NFL schedule is altered).


After years of rewarding creative work, the brand hopes this new campaign will continue opening doors for a new generation of filmmakers. Doritos has handed out over $7 million in prize money, and a handful of winners have gone on to create major films and TV shows, according to a statement.


“We know that millions of people are stuck at home and potentially out of work,” a spokesperson told Adweek. “You see this with the creative community, who may not be able to work and were big fans of our original ‘Crash’ program, so we wanted to bring this back in that same spirit.”

After ending its “Crash the Super Bowl” campaign in 2016, the brand returned to the Big Game with celebrity-themed spots in the last two years. In 2019, it partnered The Backstreet Boys with Chance the Rapper, while this year’s game featured a Lil Nas X/Sam Elliott collaboration for a Wild West dance battle.

The competition is open to U.S. residents 18 and older, and the deadline to enter in July 28. Doritos will choose the best entries to highlight on its social channels and create a compilation of its top picks for this year’s first NFL Sunday game. Winners will be announced Aug. 3.

Emmy is a senior journalism major at The College of New Jersey with minors in Spanish and broadcast journalism. She has previously worked as editor-in-chief of her college newspaper, The Signal, as well as an intern at Tribune Publishing Company. Emmy is looking forward to contributing to Adweek as an intern working with its breaking news and audience engagement teams.