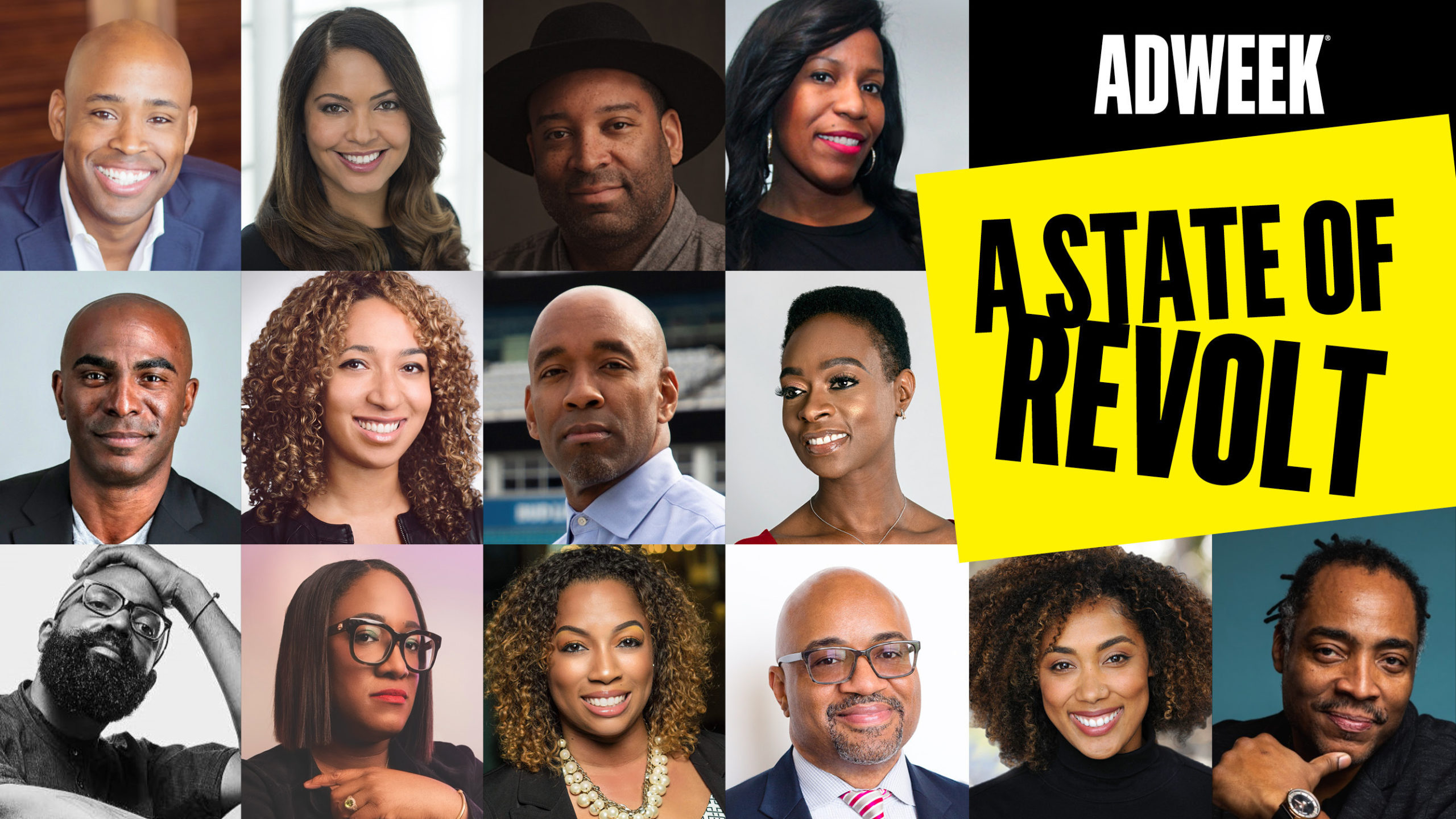 After a week of unprecedented protests and anger in response to the police killing of George Floyd on May 25 in Minneapolis and countless other Black people dying at the hands of law enforcement officers, Adweek reached out to Black business leaders in the marketing and advertising community to share guidance on how they are responding and leading during this time.

The result was a thought-provoking, emotional and powerful 90-minute livestreamed conversation packed with solutions for the way forward.

Fourteen leaders from brands including Papa John’s, Lyft, the NBA and Activision Blizzard spoke to the importance of self care, vulnerability, strong support systems and how best to respond to the onslaught of questions from white colleagues as the reality of systemic oppression comes to the forefront of the national conversation. (The full video is below, CMO Moves podcast version here).

The conversation began with a simple check-in, asking participants to speak to how they’re doing on a personal level and what’s helping them to cope—which naturally led to valuable advice for others working to stay centered as things fluctuate around us. The conversation focused on three key questions:

How are you personally navigating today’s turbulent times?

Many participants spoke to the vital importance of self care right now. “Every day, taking a moment to center,” said Monique Nelson, chair and CEO of Uniworld Group, whether that’s letting out some tears or taking a walk. After that, “I am armed and ready to attack the day,” she said. “Our health is ultimately our wealth, and we must start there.”

Danielle Lee, chief fan officer of the NBA, echoed that sentiment. “If we’re not whole, we can’t be effective leaders,” she said. In a similar vein, Daniel Cherry III, CMO at Activision Blizzard Esports, quoted his grandmother, who he said used to say, “A favor’s not a favor if it hurts you.”

Working on these issues is something many participants said they do for the next generation of Black Americans. “What powers me is I refuse to pass it on to my kids,” said Adrian Parker, global vp of marketing at Patrón Tequila. “If I can fight for their future, it’s all worth it.”

Tiffany R. Warren, svp, chief diversity officer for Omnicom and founder and president of Adcolor agreed. “I think it’s all of our responsibilities to make sure that Black little girls and Black little boys can maintain that innocence and joy and grow up in a country that sees them as human and not as prey,” Warren said.

Victoria Russell, chief of diversity, equity and inclusion at Papa John’s International, acknowledged the exhaustion many Black people across the country are feeling right now to a chorus of nods from the other participants. “We’re tired. Many people who do this work are lonely. We are carrying heavy burdens,” she said, and it’s important to have places to rest and people to cry with and lean on before continuing on.

Those burdens often include a culture of microaggressions and ignorance, noted Justina Omokhua, svp brand marketing of Endeavor. “The reality is that Amy Cooper works at a lot of our workplaces,” she said, referring to the white woman who called the police on a Black man in New York City for asking her to leash her dog, per park rules, and accused him of threatening her life. “We finally have something that we can point to and say that that happens every single day,” Omokhua said. “There’s a lot of work to do. So I want everybody to roll up their sleeves and dig in because we’ve been doing this work. We’ve been doing this work every single day just to exist as Black people.”

How are you leading your teams through these times?

Lee is leading her team by example by remaining open and communicating where her head is at throughout this time. Lee recently joined the NBA from Spotify. “They’re still getting to know me, and I’m still getting to know them. But I think even just sharing how the murder of George Floyd and Ahmaud Arbery and Breonna Taylor has impacted me personally, I think that gave them a sense of who I am and my values,” Lee said.

Lee explained to her team the turning point she experienced in which she was able to channel her fear, frustration and rage into creativity and self-reflection. “We have a tremendous platform, and I feel a great responsibility to use my voice and my position of power and influence to effect change,” Lee said. At the same time, she wants her team to do the work for themselves and not to come to her and expect a history lesson on race in America.

“Watch a documentary, read some books, listen to some podcasts,” Lee said, “and then come and let’s have a conversation.”

Per Nelson, her multicultural advertising agency has dealt with its fair share of the industry’s microaggressions throughout the 40 years of its existence. “I never have a problem finding people, so it’s always interesting when we become the de facto talent recruitment part of the fold. I think there’s just lots that we need to be honest about,” Nelson said.