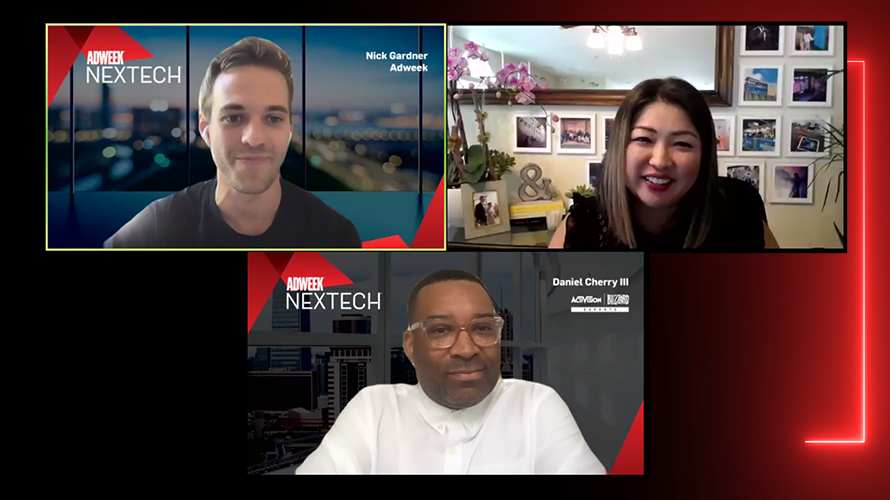 After just one weekend of baseball, the possibilities for live sports are again in question during the era of Covid-19 as more than a dozen Miami Marlins players and coaches tested positive for the virus. So what are sports marketers (and sports fans) to do?

“The fact is that fans have not stopped caring about their favorite teams and players and hobbies,” Suzuki told Adweek’s Nick Gardner at Adweek’s NexTech conference Monday. “Those are the things that people are craving during this time of uncertainty.”

Editor: Breana Mallamaci
Suzuki described AT&T’s prepandemic experiential marketing strategy as focusing on physical activations first, with digital and virtual extensions. But in light of the novel coronavirus, that has had to completely flip. During lockdown, AT&T shifted to “more digital and virtual-first with physical extensions,” she said.

One recent example is AT&T’s partnership with the Tribeca Film Festival to create temporary drive-in movie theaters around the country. The four locations each feature a “blue carpet,” where attendees can get their photo snapped on the carpet—all from inside their cars for a contactless experience.

When it comes to esports, the industry didn’t have to change much to comply with Covid-19 prevention guidelines. But the leagues did step up to give sports fans competitive entertainment.

“We sometimes confuse skill with athleticism,” Cherry said. And while players like Michael Jordan and LeBron James exude the kind of athleticism that we’re more accustomed to seeing from sports stars, “esport players are equally as skillful at their task.”

Realizing that the cancellation of March Madness would leave a lot of sports fans missing their brackets, Activision Blizzard reorganized the season for its Overwatch League to meet that need.

“We actually are one of the few sports leagues in the world right now that can get your bracket fix,” Cherry said. “We’re taking the best of both worlds—analog sports and what we call traditional esports online—and building a new model to bring our fans close as possible together, globally.”

Esports leagues also make it easy for marketers to engage with fans. The global structure of the leagues allows marketers access to all available assets in multiple categories through Activision Blizzard rather than having to work with several different partners on one sponsorship, as is often the case with traditional sports, said Cherry.

Suzuki emphasized the possibilities for marketers in women’s sports leagues. AT&T just announced its marquee partnership with the WNBA last year. It is the first non-apparel brand to be featured on all 12 team jerseys throughout the league.

“Supporting women’s sports is actually really smart for business,” Suzuki said. “Rights fees and even the media fees are generally cheaper than men’s sports, and so it allows brands of all sizes to be able to sponsor world class athletes and then get in the game.”

Those opportunities allow brands to have meaningful conversations with fans, which, Suzuki says, is “ultimately your goal in sponsorships.”