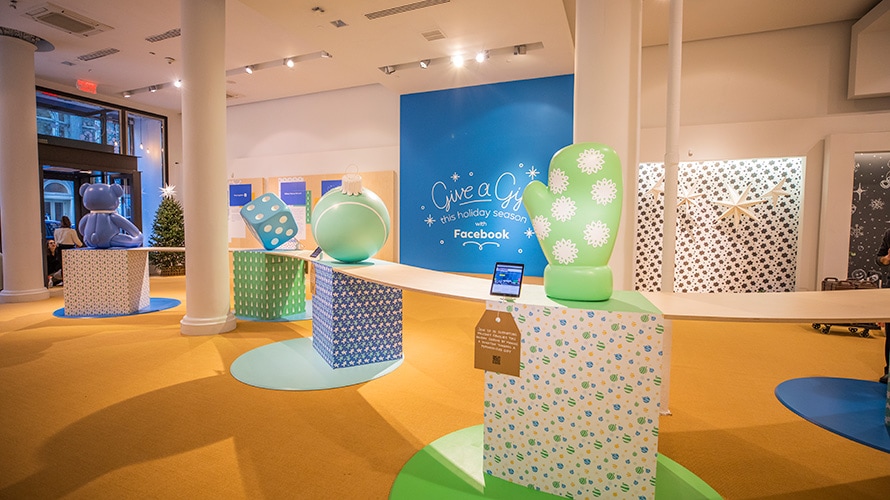 The festive pop-ups in New York, Chicago and Los Angeles are open through Sunday. - Credit by Facebook

Facebook has become a popular outlet for charitable giving, with more than $2 billion donated through the platform’s fundraising tools since they launched in 2015.

To coincide with Giving Tuesday (which was Dec. 3), Facebook is spotlighting its fundraising capabilities and inviting people to donate to the Military Mama Network—a nonprofit group that supports military families in need—at holiday pop-ups in New York, Chicago and Los Angeles.

The pop-ups are an extension of the company’s ongoing “More Together” campaign, which launched in May under CMO Antonio Lucio and focuses on people coming together on Facebook Groups over shared experiences and interests. Military Mama Network was featured in Facebook’s recent holiday ad as part of the campaign.

“We know Facebook is where people go to support the causes they care about,” said Samantha Wu, vp of brand and product marketing. “We wanted to create a physical pop-up to highlight one our groups, Military Mama Network, to showcase in real life the power of people coming together for a cause they care about, and to help make the holidays magical for a number of military families.”

The first pop-up is open in New York’s SoHo neighborhood now through Sunday, while the other pop-ups run Friday through Sunday in West Fulton Market in Chicago and The Grove in Los Angeles. Facebook worked with creative agency Proud Robinson to produce the activations. 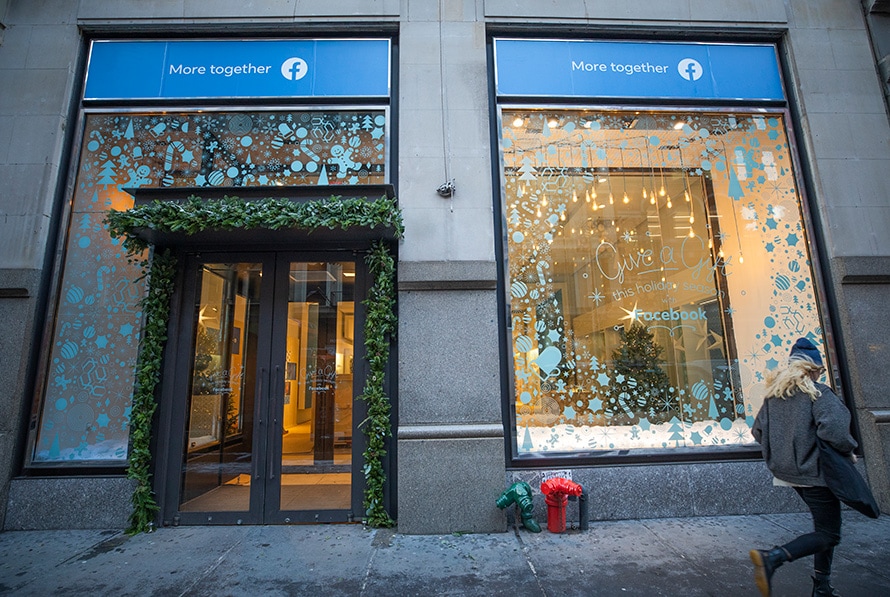 Facebook worked with creative agency Proud Robinson to produce the pop-ups.
Facebook
Attendees are invited to donate to Military Mama Network via QR codes located on oversized gift boxes topped with seasonal figures like a mitten, a teddy bear and a tree ornament. Scanning the QR codes on their phones takes guests to the Facebook donation page for the group.

The pop-ups also include festive displays with the TV ad playing on a loop, as well as information about the Military Mama Network and Geriann Wiesbrook, a mom who created the nonprofit’s Facebook group in 2014.

Additionally, the pop-ups have a station where guests can write letters of support to military families and troops overseas, festive photo backdrops and a hot chocolate bar. 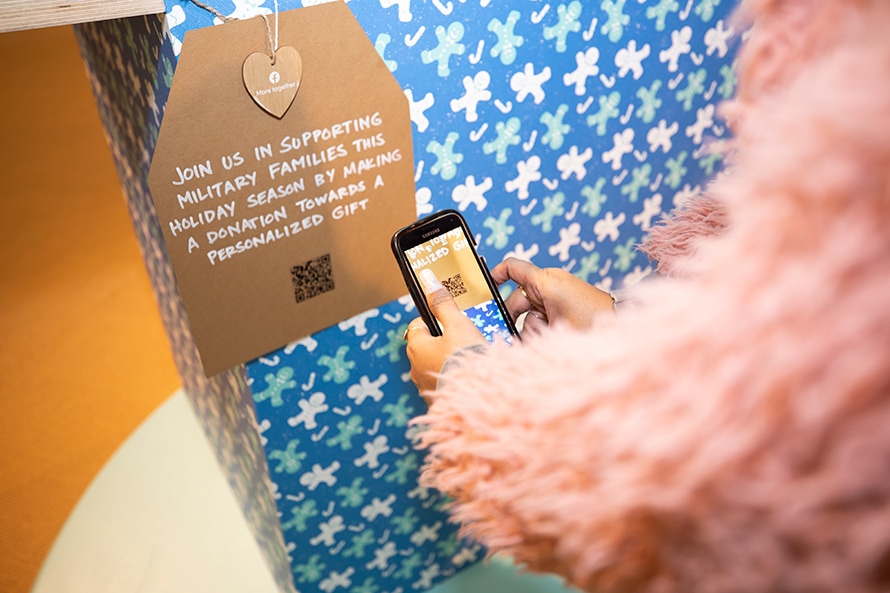 Attendees can scan QR codes to pull up a Facebook donation page on their phone.
Facebook
The pop-ups are the first Facebook has created that are focused on giving, Wu noted, but 2019 marks the third year that the platform has matched donations made through its fundraising tools on Giving Tuesday.

In November, Facebook announced it would match up to $7 million in donations made to U.S. nonprofits on Giving Tuesday through its fundraisers and Donate button on a first come, first served basis. According to Wu, on Tuesday around 1.1 million people started or donated to a Facebook fundraiser, raising more than $120 million.

The same month, Facebook also launched the Military and Veterans Hub, a resource for online safety tips, job searching and digital skills training, as well as a place where veteran-owned businesses will be highlighted.