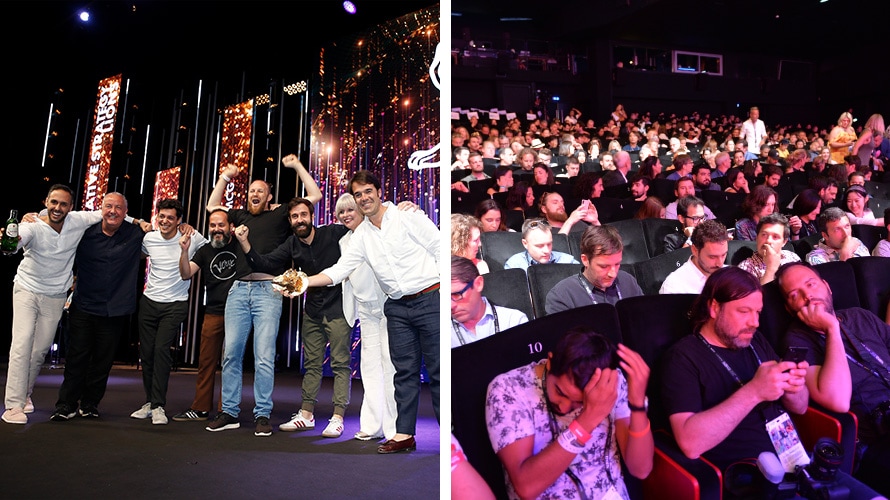 It's both fascinating and frustrating to analyze the Cannes winners. - Credit by Cannes Lions

In an increasingly time-poor world, it’s incredibly rare to have the opportunity to reflect on the work we produce. But as a member of the Cannes Lions Media jury, that’s exactly what I was able to do for four days.

Working from an initial haul of over 2,300 original entries, the jury interrogated and analyzed a list of 300 to award bronze, silver and gold Lions as well as the much-coveted Grand Prix winners. The sheer volume and diversity of work provided the unique opportunity to identify some of the biggest trends influencing the world of marketing communication, and the results were both fascinating and frustrating.

Fascinating: The dominance of cause-related campaigns

As new generations of consumers appear to be taking a greater interest in the principles and beliefs brands align to, companies are keen to follow suit, eagerly leveraging purpose in their marketing communications.

Frustrating: The exploitation of cause

While some of the campaigns demonstrated the true commitment, relevance and authenticity required to deliver against this ambition, too many appeared to be associating with a cause in a more superficial and transactional manner. Furthermore, purpose often appeared to be used as a potential quick fix to build a distinctive and robust brand and, frankly, as a shortcut to an awards shortlist. This translated the dominance of cause-related campaigns among the media winners to a more long-term concern that, moving forward, entries not aligned to a cultural or societal cause run the risk of being overlooked.

Anticipating that purpose-based activity will continue to dominate awards in the future, we need to more thoroughly interrogate the measures of success both for the causes they relate to and the brands’ business results.

Purpose often appeared to be used as a potential quick fix to build a distinctive and robust brand and, frankly, as a shortcut to an awards shortlist.

The very best example of this was Nike’s Air Max Graffiti Stores, which was the media Grand Prix winner. For the campaign, Brazil’s AKQA São Paulo sourced the creators of memorable graffiti characters throughout the city and invited them to spray paint a pair of Nike Air Max shoes onto the character’s feet. Nike told customers they could buy the exclusive shoes through its app, but only if they visited the artist’s graffiti. From there, a GPS signal from the user’s phone would confirm their location.

The campaign showed deep empathy and understanding for their audience and their brand, while simultaneously managing to integrate a strong commerce-based element (32% sales lift). As technology continues to blur lines, this was a great example that demonstrated brand and performance don’t need to be an either-or decision. In fact, traditional bottom funnel activities can increasingly be part of the brand building experience. As the physical and virtual world begin to connect more seamlessly, creativity in ecommerce is clearly on the rise.

Frustrating: Focusing on the short-term

Fascinating: The sheer volume of brilliant campaigns in the media category

They were engaging, moving and inspiring. It was both humbling and inspiring to spend four days evaluating the work of the industry’s best and brightest from all over the world.

Unfortunately, the craft of media was conspicuous in its absence. In an increasingly complicated and fragmented landscape, the ability to skillfully deliver integrated and connected communications have become all-important. The context we work in demands it, and the technology available to us enables it. Despite this, with some notable exceptions, all too often the cases submitted seemed to be based on the creative execution alone, which is not surprising considering the high percentage of entries that came from creative shops.

In other words, the media shortlist often lacked great media. Perhaps more frustrating was the extent to which many of those brilliant creative ideas could have been even more powerful had some intelligent and insightful media planning and execution been applied.

My suspicion is, however, that this paucity of media craft is more down to the inherent nature of the awards process than the actual quality of work evident across our industry. Our ability to craft precise, seamless consumer experiences meticulously delivered often in a more personalized fashion has increased exponentially.

The jury members agreed we see this play out in campaigns in our everyday roles, but sadly, very few examples of these made their way onto the shortlist, let alone into the eventual award winners, likely because concise case studies of more technical and complicated campaigns are tougher to reduce to a sizzle reel than creatively-driven campaigns. And that makes winning awards for them even tougher, especially when you are competing against highly engaging, emotional creative executions.