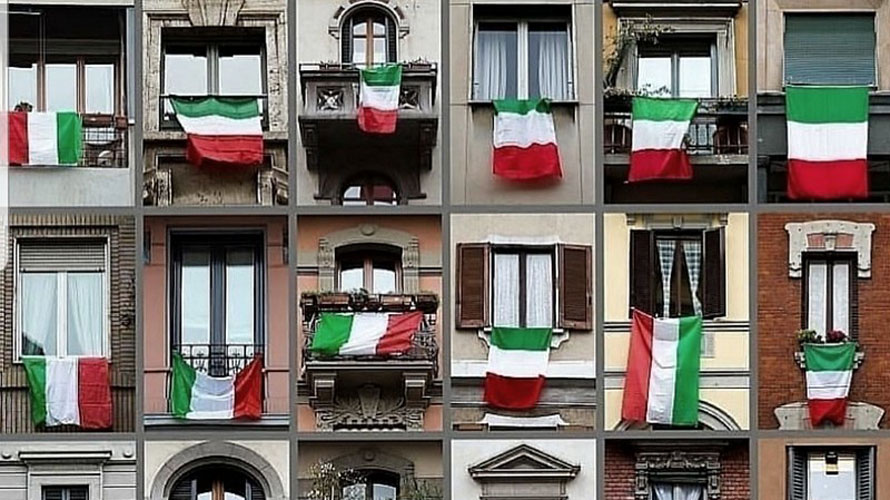 Francis Ford Coppola worked with Fiat to send "A Letter of Hope" to Italy. - Credit by Fiat Chrysler Automobiles

Italian automaker Fiat, which was founded in Turin in 1899, and U.S. automaker Chrysler, which was established in 1925 in Detroit, first joined forces in 2009 after the latter received a government bailout to stay afloat. Five years later, Fiat acquired a 100% stake and Fiat Chrysler Automobiles (FCA) was born.

Now, in what is perhaps an unlucky coincidence, the home nations of these automobile manufacturers are among the countries hardest hit by the coronavirus pandemic. What is lucky, however, is that Fiat’s experience dealing with the pandemic in Italy helped its U.S. counterpart prepare their sister brands for what was to come.

Italy, for example, went on lockdown on March 9, which remains in effect as of now (though Prime Minister Giuseppe Conte said the government may start easing restrictions by the end of the month as the nation’s daily death toll continues to fall).

Olivier Francois, chief marketing officer of FCA, was quarantined in Milan up until a few weeks ago after preparing to launch the all-electric Fiat 500 (which he called “our new baby”) at the Geneva International Motor Show, which was supposed to take place March 5-15.

After the exhibition was canceled, Francois said he came up with the “brilliant-stupid idea” of presenting the car “at the epicenter of the epidemic,” which is Milan. (Actually, it’s nearby Bergamo, but both are located in the region of Lombardy in Northern Italy.)

In a nearly 18-minute video posted five days before the nationwide lockdown, Francois, who is also president of the Fiat brand, held a press conference on the empty streets of Milan in an act of solidarity with the city and country because, he says in the video, the launch of the Fiat 500 was “just too important to be canceled or postponed,” but also, “to send out a positive signal because, right now, Milan needs it.”

Since then, Fiat has also partnered with iconic filmmaker Francis Ford Coppola on a video titled “A Letter of Hope.”

“Today, more than ever, from Little Italy to Big Italy, ‘Siamo con te’ (‘We are with you’),” Coppola says in the spot created with the boutique agency Migrante.

Francois said Coppola asked to deliver a message of hope to his fellow Italians, which he recorded on his iPhone two weekends ago. The April 7 release coincided with both World Health Day and Coppola’s birthday and, Francois said, “I think he knocked it out of the park.”

It ends with the hashtag #WeAreItaly. FCA said the video “reflects the solidarity of supporting drivers through this shared global experience.” 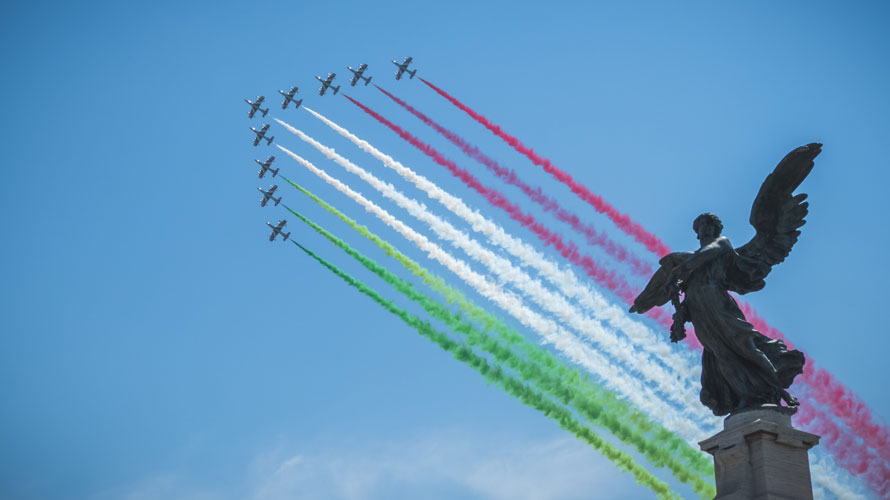 The shift to social

Seeing what Italy went through made Francois realize early on what was coming to the U.S., and that FCA’s brands would have to alter their messaging here, too. The carmaker began gathering ideas in early March, even as some of his U.S. colleagues remained skeptical.

“When we started, I said, ‘TV is important and we’re going to be on TV as long as we can [and] our dealerships [will be] open as long as we can push cars, but at some point, the authorities will close the dealerships,’ and everyone was so incredulous,” he said. “Rightfully so, they said, ‘Really?’ It’s normal. Remember yourself a month ago. My Italian/French staff two months ago were saying, ‘Yeah, it’s not going to happen here.’”

And that’s in part why FCA is now pushing a new social campaign that encourages drivers to stay off the road with the hashtag #StayAtHome. Individual brands have their own hashtags as well, like Fiat’s #WeAreItaly or Jeep’s #StayOffTheRoad, and related content set to roll out on social in the coming weeks.

The shift comes as consumers in quarantine are spending more time with social media. It’s a more cost-effective channel for advertisers than TV, but also more challenging.

“People are ruthless [as they] scroll. If you are not engaging or relevant, they will ignore your message,” Francois said. “Social is wild, but if you aim at being the best marketers in the world, which is what we are aiming at, we want to kill it on social as well. Killing it means delivering the message to people that needs to be delivered. It’s speaking to public health, but doing it in a way that’s pretty unique, authentic and does something for your brand.”

Here’s a look at what FCA’s other brands are doing to engage customers in Italy and the U.S.:

Luxury carmaker Alfa Romeo is out with a video from Publicis titled “Human Race” and the hashtag #MorePowerfulInPark, which reminds owners that they have great cars they can drive again soon, but for now, it’s safest to keep them in the garage.

“The whole idea is you have an Italian performance—not to mention racing—brand, which acknowledges the most important race at the time is the human race,” he added. “It’s trying to be more inspiring than others.”

That’s one way to get some fresh air… #StayAtHome

Actor Kathryn Hahn, who has worked with Chrysler since 2018, will appear in multiple videos including “Fresh Air,” which is actually repurposed from her first Chrysler campaign. Another titled “Alone Time” will follow.

Detroit-based agency Doner is behind the current executions as well.

Chrysler will also use the hashtag #PacificaCampOut to give families ideas on how to keep their kids entertained while sheltering in place.

“Whether it’s grabbing popcorn and jumping in their Pacifica for a night ‘out’ at the drive-in movies, using UConnect Theater, or opening up the tri-pane panoramic sunroof to stargaze or using the Pacifica as an extra ‘room’ in the house, the Chrysler brand offers tips to moms and dads to keep both themselves and their children busy during this unprecedented time,” the brand said in a statement.

None of the Dodge videos had posted as of April 13, but a rep said they’re coming in the next three weeks. Austin, Texas-based agency GSD&M worked with the brand.

Dodge’s hashtag is #TheMuscleBehindUs to honor “those who serve as first responders and others on the front line of the COVID-19 crisis,” FCA said in the statement.

The campaign seeks to bring the so-called “Brotherhood of Muscle” together. Social content will spotlight individual stories; longer-form content will appear on a microsite, dodgegarage.com.

“Ram Trucks, through its #WorkForHome social campaign, shows that who we work for is as important as what we work for, and while we may have different roles, we all have the same goal,” the brand said in the statement.

Another video will follow. In addition to the hashtag, the “A” in the brand logo will become the symbol of a house as part of the monthlong campaign.

Social content also includes “Pick Me Ups,” where followers can nominate friends and families as “unsung heroes,” and the brand said it will create a library of user-generated content to “support those who are supporting us.”

Ram will also livestream artists performing from their homes in Ram Jam sessions on Facebook.

According to Francois, 100% of Ram customers—and 50% of Dodge customers—don’t have the luxury of working from home now because they are essential workers.

“So we had to take this into account and create something else,” Francois said. “In the case of Ram, it’s #WorkForHome, and we speak to this demographic as much as Dodge, which is #TheMuscleBehindUs. What’s great is each of the hashtags are at the same time a tagline: ‘The Muscle Behind Us’ is the tagline and a call to action” that’s hoped to inspire the brand’s fans to create photos and videos.