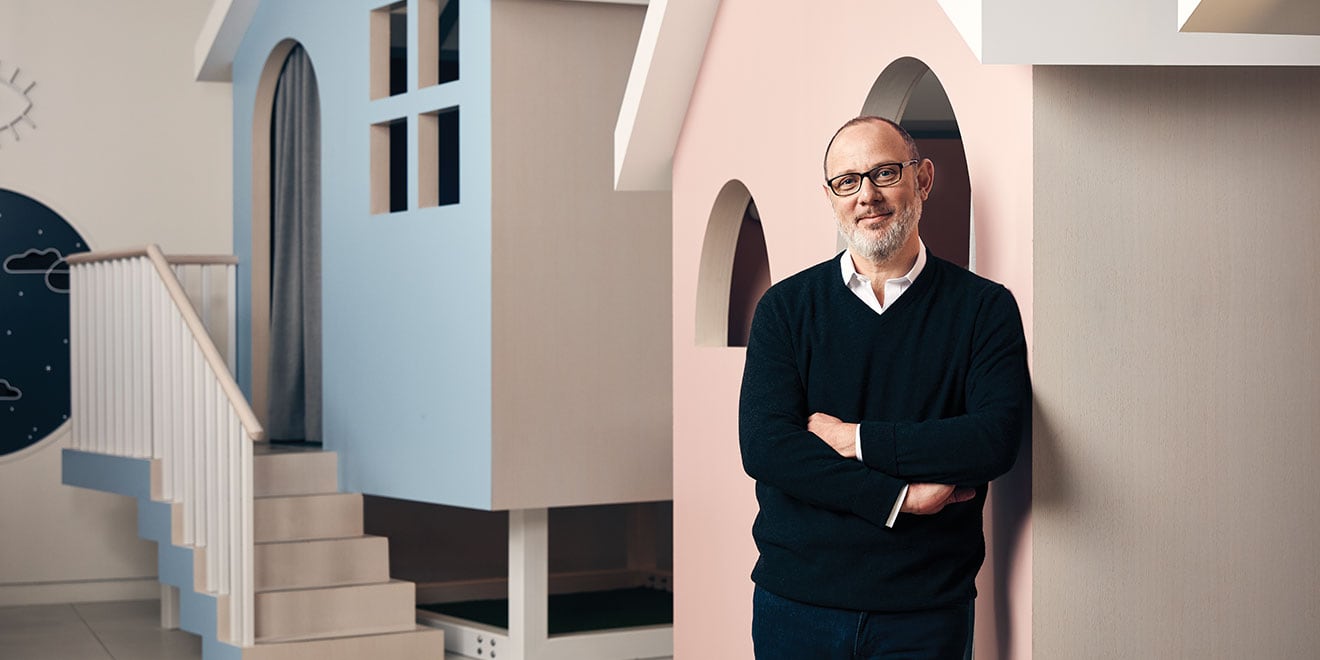 In 2014, Neil Parikh, Gabe Flateman and Luke Sherwin were living in Brooklyn with a roommate named Kasper, a lanky German man who had a tendency for tiredness and was so tall his feet dangled off his bed.

At the time, the three men were working with two others—Philip Krim and Jeff Chapin—on the launch of a new kind of mattress company, one that would ditch the exorbitant markups and commissioned salespeople in favor of an ecommerce business focused on wellness. The team was spitballing names for this new company when Parikh thought of his roommate, whose mattress failed to suit his needs—to the point where it didn’t even fit his body. With a switch to the Americanized spelling, Casper was born. The hope was that the name would bring relatability to a business that aimed to upend an industry oftentimes associated with smarminess and deception.

“At the end of the day, what Casper stands for is an experience around sleep that’s very connected to being human,” says Parikh, who has served as Casper’s COO since the company’s founding. “Casper’s a person’s name, so it has certain values and attributes, versus being something that’s branded and you can’t connect with.” 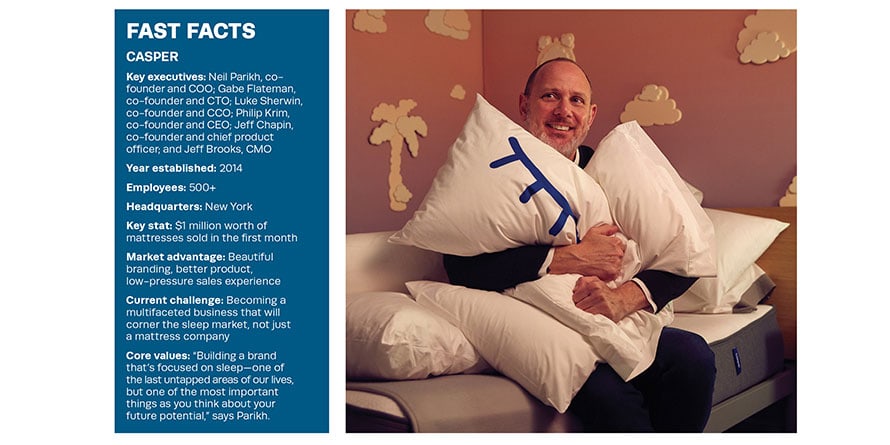 There’s no doubt that Casper is connecting with consumers. The company was valued at $750 million in its last funding round, in June 2017, and has raised $240 million total. Casper doesn’t comment on the number of mattresses sold, but in 2017, its annual sales topped $300 million. In that time, the brand has grown from a bed-in-a-box startup to a major player not only in the world of mattresses but in the business of sleep.

As Casper celebrates its milestone five-year anniversary in April, CMO Jeff Brooks says the brand is beginning its second chapter, which is all about serving as an antidote to hustle culture—the phenomenon of competing with your peers for who stayed at work the latest last night and who arrived the earliest the next day, viewing sleep as merely a pause in the endless professional grind. Now the brand wants to dig deeper and shift people’s attitudes about sleep. 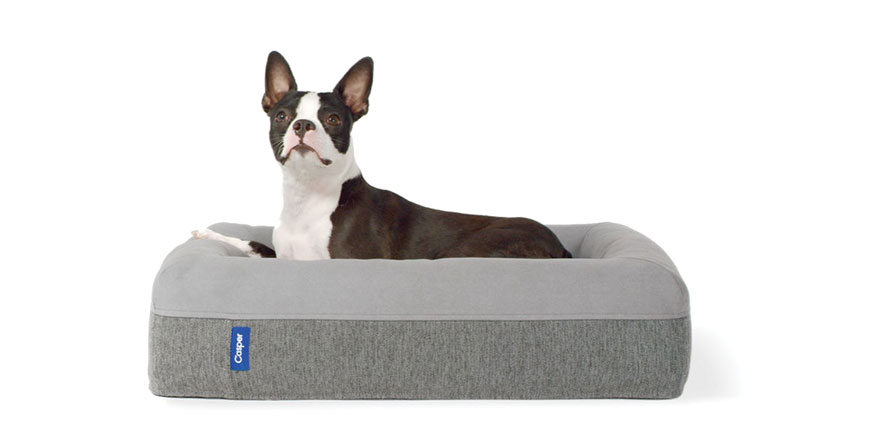 The Casper for man’s best friend arrived in August 2016.

Casper wants to “make it cool to post on Instagram that you’re staying in on a Friday night and going to sleep for eight hours,” Brooks says. And a big part of this mission is the introduction of new products and, now, new tech centered on wellness and self-care. In January, it launched the Casper Glow, a light that dims to get your body ready for bed, designed “to sync with your circadian rhythm and promote healthier sleep patterns.” It links with an app to help coordinate setup and enable customization. Casper Glow, like many of Casper’s innovations, is a brainchild of the company’s research and development arm, Casper Labs, which launched in April 2015.

“Our job in disrupting the old way of buying a mattress is done,” says Brooks. “We have a lot of work to do there to remain the leader in our segment, but we very much view our next disruption as changing the cultural paradigm around sleep.”

Casper began with a single product: the Casper mattress. Its simplicity was revolutionary. There were no options for consumers to choose from besides the four standard sizes. That’s because during the prerelease testing phases, the team determined that “with the right mix of technologies, you can actually probably use roughly the same firmness for almost everyone,” says Parikh.

That universal solution is a four-layer mattress that promises optimal firmness throughout (more support for your hips, less for your shoulders), open-cell foam that promotes breathability to keep you cool, a 10-year warranty and a 100-day risk-free sleep trial. In creating this solitary option, Casper “eliminated the unnecessary choice” that mattress shoppers so often face, says Anagha Hanumante, senior intelligence analyst at CB Insights.

The mattress was an immediate success, with the company selling $1 million worth of them within a month. And as those sales continued, questions soon arose about Casper’s future. Clearly, the company was already making waves in the mattress category. But from the beginning, Parikh says, he and his team of co-founders wanted Casper to be more—they wanted it to be the company that redefined people’s relationship with sleep.

“We saw this incredible wellness trend happening: people drinking green juices, going to SoulCycle, really thinking about their health,” says Parikh. “And yet, when it comes to sleep, there was nothing.”

Brooks says that while Casper’s founders were “prophetic” in their approach to sleep in the company’s early days, there were “headwinds” in the category at the time that helped propel the business. 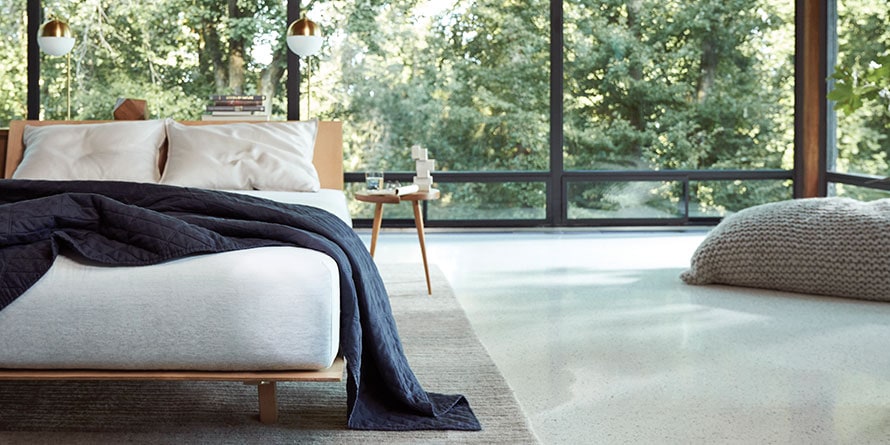 The Casper Wave: The brand released its second mattress type, with five layers compared to the Casper’s four, in 2017.

Indeed, the idea of sleep as wellness was already working its way into the zeitgeist. Arianna Huffington famously made it her mission to solve the “sleep-deprivation crisis,” publishing an entire book on the topic in 2017—The Sleep Revolution: Transforming Your Life, One Night at a Time. Gwyneth Paltrow-approved supplement brand Moon Juice started selling “dusts” geared toward sleeping more deeply. Nap York, a shop where you can rent a nap pod for an hour while on the go, opened in early 2018 (though it’s temporarily closed). And, of course, Google’s nap pods have been the stuff of workplace dreams since the start of the decade.

But Casper has managed to stand out from the chatter. One reason is its unconventional marketing. The company has done everything from opening up a nap shop in New York’s NoHo neighborhood to sending bed-equipped trucks to ride around Austin, Texas, during South by Southwest. Casper has also continued product expansion into every element of a nighttime routine. First came bedding and pillows, followed by a dog bed and bed frames. Casper Glow, the company’s first tech device, is the latest addition, and Parikh says there are more products coming down the pipeline.

Brooks calls Casper Glow a “really important example of Casper putting its money where its mouth is in terms of wanting to become an end-to-end sleep company.” Indeed, Glow is literally part of the sleep experience from start to finish—you turn it on in the hour before you go to bed and use it as your alarm to wake up in the morning.

The buzz surrounding Casper’s products has also helped boost the company’s cool factor. When the mattress was introduced, people began recording the unboxing process and posting to Instagram. “When people get it, they can brag about how they have a Casper, and they had to wait three hours for it to unfold,” says Bob Phibbs, CEO of New York-based consultancy the Retail Doctor. “People don’t typically do that with a mattress.”

Being the best at bedtime

Becoming a consumer’s go-to destination for all things sleep is a bigger challenge than selling them a mattress. But Brooks believes Casper has set itself up for success.

“Sleep can be a heavy topic for a lot of people,” he says. “So some of the early decisions that were taken to make the brand really approachable, really joyful, a bit tongue-in-cheek, I think made engagement with some pretty serious, important content much easier.”

Brooks says the goal of Casper’s advertising has always been to “invite people into a conversation.” And though the brand does invest in out-of-home campaigns, it often leans on the experiential and has since its early days. In August 2015, Casper partnered with Uber to deliver mattresses over Labor Day weekend, while in 2017, it created a hotline for insomniacs and set up “refresh rooms” at SXSW to give attendees a place to charge their phones (and their bodies). These sorts of activations, Brooks notes, help create a brand that is “really focused on a relationship and not just a transaction” with its customers. 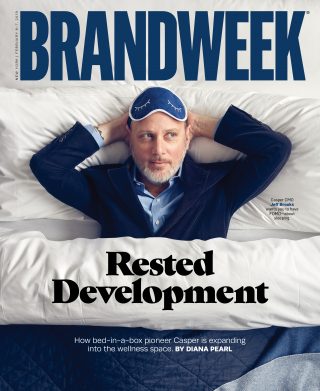