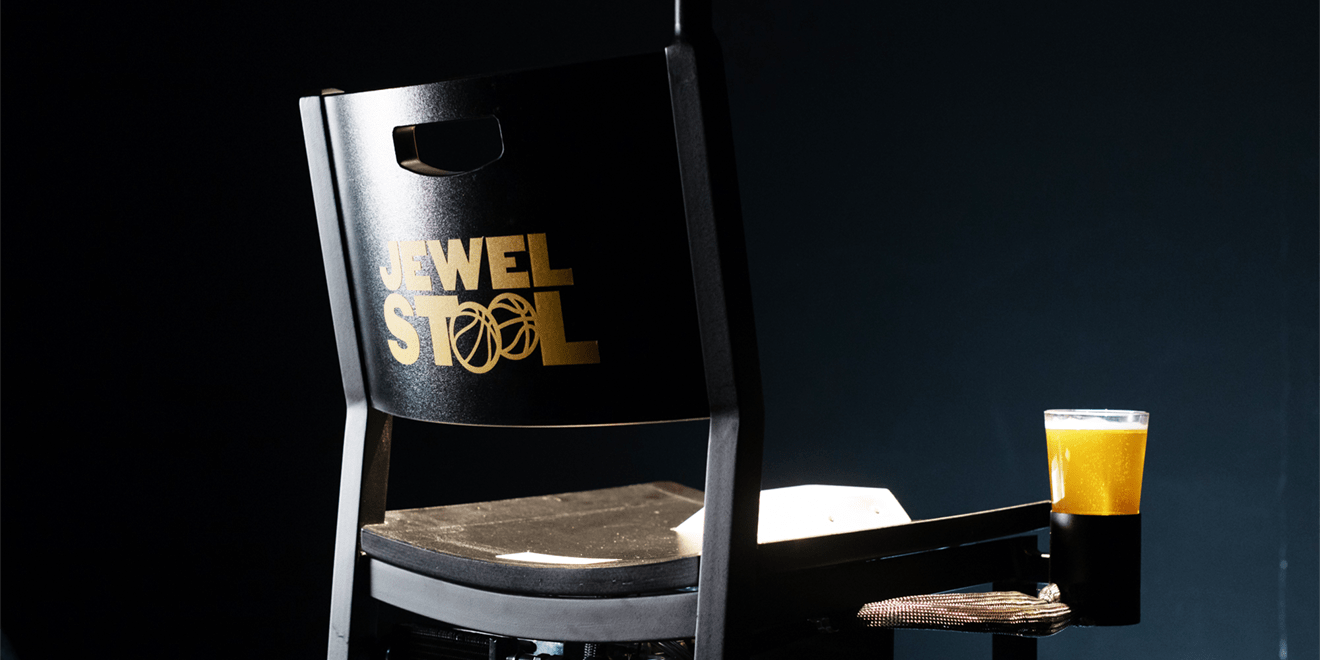 When brands and agencies take a look at qualitative and quantitative data to come up with big ideas, they look for the little things. Sure, there are the broad strokes of demographic data, but for a campaign to really sing, you’ve gotta find that one piece of insight that hits like a thunderbolt.

In the case of Buffalo Wild Wings, someone, somewhere, at some point found out that there is a 30 percent increase in vasectomy procedures during the NCAA men’s basketball tournament. Why does this matter? Because the brand then took this insight and created what is known as the Jewel Stool, a barstool that has a cooling apparatus that allows basketball fans who got the snip to have some relief in their nether region.

There’s also a nifty, chilled cup holder and a convenient “beer me” light that signals bartenders to get a cold one to those sitting on the stool. Though it would be nice to have this nationwide, the brand will debut the Jewel Stool on a first-come (their words, not mine), first-serve basis at two Buffalo Wild Wings locations: Times Square in New York and Koreatown in Los Angeles.

As the ad repeatedly notes, this invention is totally a gag and not something you should really use after getting snipped. (Fun fact: Real docs advise wearing two pairs of underwear with a bag of frozen peas between them.) 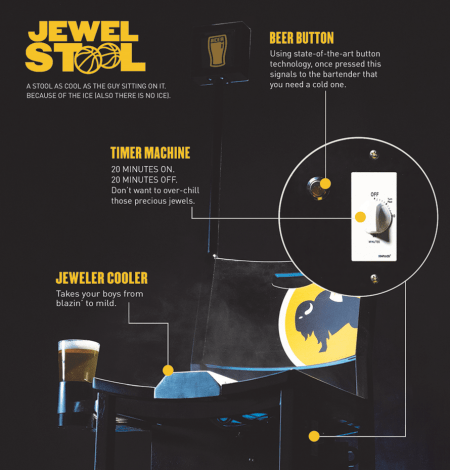 While perhaps not quite as provocative, the brand also rolled out some new ads for March Madness courtesy of The Martin Agency. This marks the first work for the brand since the agency snapped up Buffalo Wild Wings as creative AOR back in November. The gist of the ads is to get fans away from their smartphones, cubicles and basements, and into their nearest Buffalo Wild Wings to enjoy the tournament on the many TV screens.

“Man Caves and technology have divided us, conquered us and allowed a part of our herd to be divided. Sports is about finding your tribe. At the heart of it, camaraderie is really what it’s all about. It’s time we take note of that,” said Scot Crooker, associate creative director at The Martin Agency

In a smart move by the agency and brand, there is an additional ad, “Overtime,” that will be at the ready for the first commercial break in extra time. In addition to the main spots, the brand will run 15-second ads and radio spots starting today.