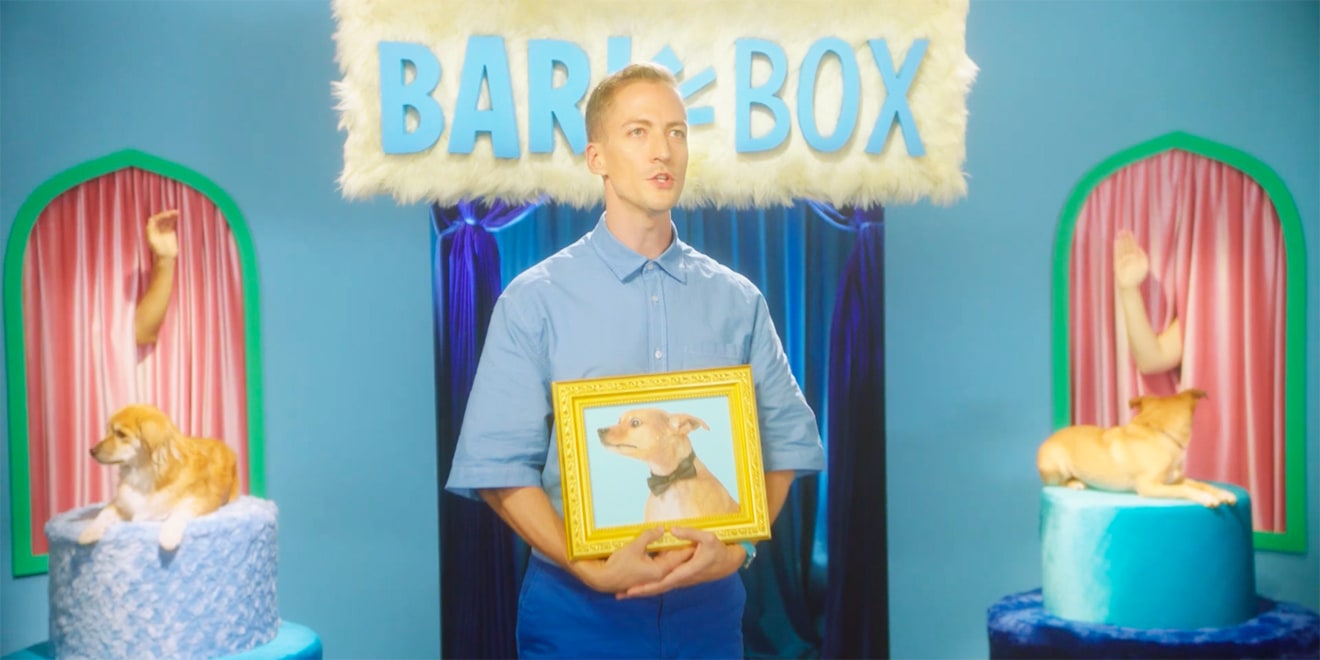 As the world around us steadily crumbles, there’s one unifier that bonds us and offers a rare beacon of happiness: dogs, one of the few forces of sheer good in existence.

They are caring, playful, affectionate, and, even when they’re redecorating your kitchen with an unattended bag of trash, darn it, they are still the cutest beings within a mile radius. They enrich the lives of so many, so it is only fair that we literally sing their praises.

That’s why today, National National Dog Day, monthly subscription service BarkBox has enlisted the help of the NYC Gay Men’s Chorus for #PraiseDog, a new campaign that helps dog lovers express gratitude toward the good boys and girls in their lives

The choir is offering to write a personalized song for any dog. Those who wish to celebrate an exceptional canine can tweet @BarkBox with a photo of the dog in question, their name, and a few reasons as to why they deserve some much needed love. From there, BarkBox will respond with a customized tune fit for a royal pup. Consider the effort a melodic scratch on the belly.

HALLELUJAH! ???? It’s #NationalDogDay, so we’re spending today praising dogs… WITH THE NEW YORK CITY GAY MEN’S CHORUS. Reply with your dog’s name, picture, and why they deserve praise and your pup could get a custom praise song! #PraiseDog @nycgmc

Socially driven holidays like National Dog Day provide ideal opportunities to create unique, niche experiences for consumers during less busy seasons, like Christmas or Thanksgiving. It’s also a chance for brands to stake their claim on days that are largely celebrated through social media—especially fitting for BarkBox, which has already established a precedent for using social media to its marketing advantage.

If the runaway popularity of accounts like @WeRateDogs and @DoggoDating are any indication, Twitter hops at the chance to salute a good dog. What better way to lead the toast than with a song and, hopefully, a new event that consumers can look forward to each year?

#PraiseDog was launched with a targeted ad campaign across Hulu, YouTube and social platforms. On that note, the good-boy blitz might have been a bit much for some users of ad-supported sites. On YouTube and Twitter, a few users of Spotify and Hulu noted that they actually signed up for ad-free versions of the services after hearing the BarkBox preview spot too many times:

we didn't mean to accidentally push people into paying for hulu... but here we are ???? Good thing #nationaldogday is tomorrow!