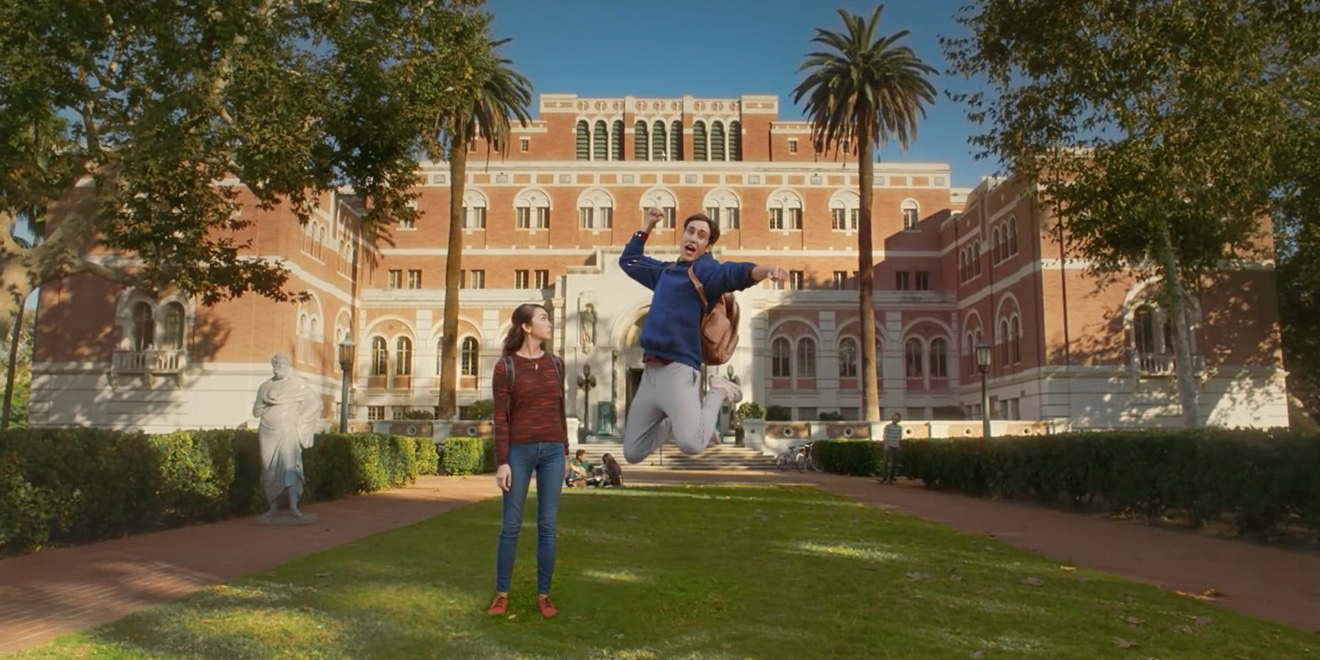 You know the sweet feeling you get when you slip into Fruit of the Loom jogger-style sweats, and you’re so stoked that you belt out the brand’s jingle and leap into the air, and hang there, suspended high above the ground for 20 or 30 seconds, with just your lips moving?

Well, CP+B’s new “Sweet in Sweats” campaign is all about that feeling.

“Our team was talking about how putting on a pair of sweats can actually impact your mood,” CP+B creative director KT Thayer tells AdFreak. “You feel better the instant you put them on, which reminded us of those ads in the 1980s where people were so happy with whatever product they were advertising that they were compelled to jump into the air. It was ridiculous, and therefore perfect.”
“At some point in the ’80s there must have been some testing that suggested jumping into the air then freeze framing, then having a quick jingle play, was extremely compelling,” Thayer says, “because it seemed to be used in everything from cars to candy. Maybe even the final shot in a few John Hughes movies.”

Indeed, here’s a vintage Toyota commercial that fits the bill. As for “candy,” well, we couldn’t quickly find such an ’80s ad, but John Candy does freeze up in the final frames of Hughes ’80s flicks Planes, Trains & Automobiles and Uncle Buck. (Though he doesn’t jump around or start singing, thankfully.)

For Fruit of the Loom, “the effect was pretty simple, just a green screen and a few apple boxes,” Thayer says. (The latter for the talent to stand on. D’uh!) CP+B has gone the memorably silly route for the brand’s sweats before, nabbing a 2017 Project Isaac Award from Adweek in the Partnership Invention category for its faux-natty “Professionals Collection.”

On Tuesday, “Sweet in Sweats” leaped onto ESPN SportsCenter, with an in-studio commercial that was billed as the show’s first “live” ad, though it was actually filmed hours before airing. (That was part of the joke. D’uh!) Kenny Mayne hosted, with Justin Kilker, associate manager of the cable network’s CreativeWorks group, stepping into the sweet spot:

“I think using Kenny Mayne was a huge factor in why ESPN made so much sense. He has such a great dry sense of humor. We wanted his role to be pretty heavy handed, and he was able to deliver it in a way that still felt witty and fun,” Thayer says. “ESPN and Fruit of the Loom have had a great relationship over the past few years, and we’re always looking for new and innovative ways to promote our client’s brands. SportsCenter has the influential young male audience that we want to reach with our sweats message.”

Yeah, the show’s demo falls right into the brand’s sweet spot. *Bursts into song. Jumps into the air. Hangs there with a big ol’ grin.*