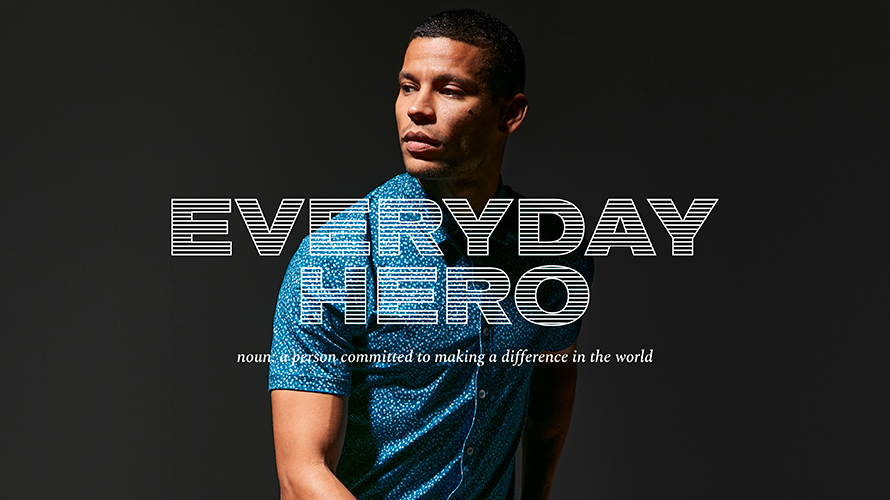 Good Man Brand has embraced doing good and inspiring others to do so from its beginnings.

With so many brands trying to figure out the right messaging during these turbulent times, startups such as men’s apparel label Good Man Brand provide both inspiration and a blueprint for how businesses might reimagine their roles in a changing world.

Russell Wilson, who led the NFL’s Seattle Seahawks as quarterback to a Super Bowl victory in 2014, founded the line two years later to change lives by giving back, in order to not “be just another fashion brand in the crowded market,” Wilson told Adweek.

At the core of the brand’s mission is to instill in youth the skills they need to be the leaders of tomorrow by donating 3% of proceeds from every item to its Why Not You Foundation, he explained.

“‘Why not you’ was something that my father used to say to me when I was younger,” Wilson said. “He would ask: ‘Why not you, son? Why not believe in yourself, no matter what challenges might be in the way?’”

Now, the brand is building on that mission with the Everyday Hero Project, which he described as “an easy way for us to celebrate our own heroes and create the heroes of tomorrow.”

“One thing feels certain in these times: the need to do good where and when you can,” Wilson said.

The Everyday Hero Project invites others to nominate someone close to them as their everyday hero. Good Man Brand has been featuring a new Everyday Hero story weekly on Instagram since the project began in late April, as well as on the brand’s official website.

“An everyday hero, to me, is someone who shows up without expectations and does good works in the world—consistently. We all know people in our lives who give tirelessly and often go without thanks,” Wilson said.

Scott Bonomo, Good Man Brand’s co-founder and president, said he and Wilson spent “a lot of time” debating what the brand would represent. Together, the two settled on a brand mission of not only doing good but inspiring others to do the same, with comfort as the prize, he said.

While Good Man Brand’s message of giving back is more topical than ever, he noted, it’s guided the company on a day-to-day basis from its beginning.

Meanwhile, in addition to the apparel brand donating a percentage of its revenues to charitable causes, it is providing size-inclusive clothing to its customers.

The problem Good Man Brand set out to solve was how to help men look good and feel comfortable by creating a multi-functional wardrobe that can be worn at all times, from work to leisure.

“A bigger guy, who might not be the prototype, should be able to buy modern clothes and feel good in them,” Bonomo said.

One of the linemen for the Seahawks, who typically wears a XXXL to accommodate his broad frame, actually found XXL to be the right fit at Good Man Brand, Bonomo recalled. The ability to achieve an ideal fit comes down to an understanding of side curves, one of the things Bonomo learned about during his tenure at department store retailer Nordstrom.

In addition to being size-inclusive, Good Man Brand also wanted to consistently offer a range of basics that a wardrobe could be built on, recognizing that shopping is an investment of time, and needs to be made as efficient and productive as possible.

Bonomo said he didn’t want to make customers go on the “wild goose chase fashion brands make us go through.”

In that vein, Good Man Brands is also honing in on the basics of operating a brand in a competitive retail landscape.

“Sometimes it’s not the shiniest object—it’s those things you’ve known all along,” said Nancy Richardson, the brand’s CMO.

The veteran of Lululemon, who played a key role in digital and brand strategy while there, said Good Man Brand’s focus is on knowing the customer and their needs while providing a high level of service, rather than grasping for every technological bell and whistle that may not really enhance the shopping experience.

Richardson said the key is to be agile and nimble by being able, for example, to quickly shift inventory from one channel to another, so that the brand is prepared even if it doesn’t know what is coming.