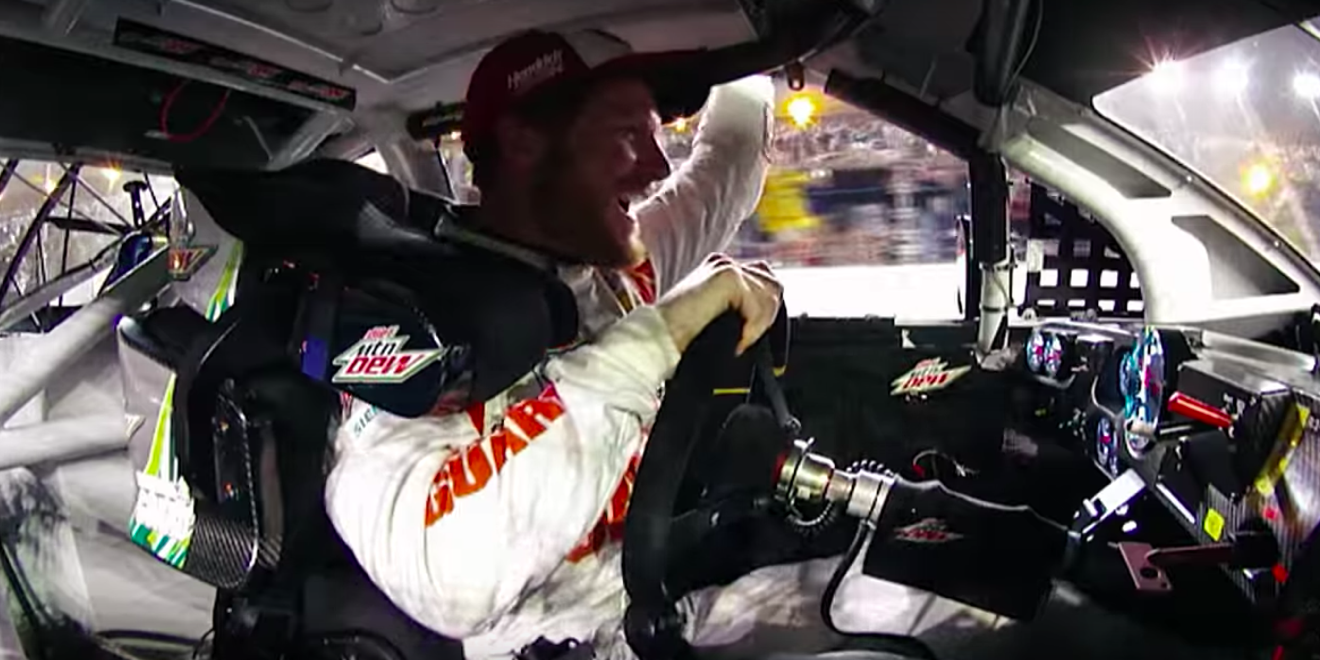 Legacies are often defined by a great name, and you can’t make a name without a certain amount of stability. In a Nascar family, what’s a better metaphor for stability than a trusty tire brand?

That’s the logic driving Goodyear’s “Make a Name” campaign. Created by GSD&M, and released during the Daytona 500, the ad is an emotional tribute to Dale Earnhardt, Jr. It also features archived footage from the Earnhardt family.

“Make a Name” is full of layers, and reflects a breed of Americana that’s gone out of fashion in recent years—but that doesn’t make it any less resonant. It begins with a young Dale Jr. in a truck on the open road, and ends thus too, though the man himself has aged.

It’s punctuated by a rendition of Jim Croce’s iconic “I Got a Name,” which was featured in a 1973 biopic of another Nascar driver, Junior Johnson. Jim’s son, A.J. Croce covers the song in the ad, calling it “an honor to represent my family name and bring my father’s song to life with Goodyear,” in a statement.

Croce’s own legacy, humming quietly in the background, is a reflection of the story at the heart of this piece. The ties that bind Earnhardt, Jr. to Nascar, and to Goodyear, go deep; Goodyear’s been a fixture of his races since his first Nascar Premier Series victory in 2000, not to mention his Daytona 500 victories in 2004 and 2014. For the 60th Daytona 500, he returns as Grand Marshal, marking his first appearance there since his retirement last year.

All this takes on a gripping nuance when you consider that his father, Dale Earnhardt Sr., died in a Daytona 500 crash in 2001.

The result is that “Make a Name” isn’t just about Earnhardt; it’s about the making of a specific type of American legacy that will resonate with Nascar fans. Open roads, simple values, the passage of a calling from father to son and the funny way history has of folding over on itself—all carried aloft by a tire brand that itself was founded in Akron, Ohio in 1898.

For a country as young as America, 120 years of existence is its own kind of legacy. This is heartland stuff.

“Goodyear has always been part of my family, and I’m proud to partner with them on this ‘Make a Name’ spot, which is a reflection of one’s legacy, values and drive,” Earnhardt Jr. said in a statement. “It tells a very personal story about me growing up, but it also hits home with where I am today, both personally and professionally.”

As a nod to the campaign, Goodyear temporarily replaced its featured logo with the hashtag #MakeaName on the Wingfoot One blimp in Florida.